My biggest fails as a vegan

There’s only so much good you can do as a vegan, before you need to get a little introspective about the failures and shortcomings you’ve faced along the way.

When I think about how I define veganism, it all comes down to one key point: being a better person. With that in mind, it’s easy to see where I’ve fallen short along the way and what I’ve needed to do, in order to improve. My vegan fails have all been learning curves, regardless of how inflexible I may have felt at first.

The problem for me is that I have a serious guilt complex going on, so any and all missteps play on my mind far longer than is useful. So, before I confess to my crimes against veganism, let me ask you all to do one thing: don’t punish yourselves if you fall short of perfection.

I normally write with humour, but for this message, I’m being totally serious. Mistakes happen and without them, we have no opportunities to grow or do better. And with that heartfelt moment out of the way, on to my biggest vegan fails.

I assumed the worst about people

When I was pregnant, I found myself being super defensive and gearing up for battle ahead of any interaction with new people. It might have stemmed from our first midwife sucking her teeth and being a little anti-plant-based-pregnancies, but I shouldn’t have assumed everybody would feel the same way, let alone inform me of their opinion.

As it happens, we had a fairly even split of healthcare professionals that were beautifully supportive and educated and those that were a tiny bit behind the times.

I have lectured, more than once

In my (lacklustre) defence, I know I’ve only lectured in retaliation, but still, I consider this one of my biggest vegan fails. I have gotten on my high horse to tell people why I think eating meat is a disgrace and unethical. At times, I think I’ve genuinely forgotten that veganism isn’t the norm and moreover, that eating meat is, for the majority. But there does come a point when all the hippie and bacon jokes just fall on irritated ears and at that moment, a snappy judgement has been known to fall out of my mouth.

I went back to being vegetarian

I still do not know why I failed to stay vegan a couple of times in my youth, but I have to assume there is a correlation between that and my predisposition to depression. In a bid to fit in, I would often just follow the crowd and have no confidence in myself, leading to eating the burger and not knowing why it didn’t feel quite right.

Now I really think about it, there’s always been a shitty friendship circle in the mix when I quit being vegan, but I know now that eating my way through a block of Cathedral City isn’t the answer to anything. Other than why my chin erupted in a mountain of spots.

I dumb down the cause 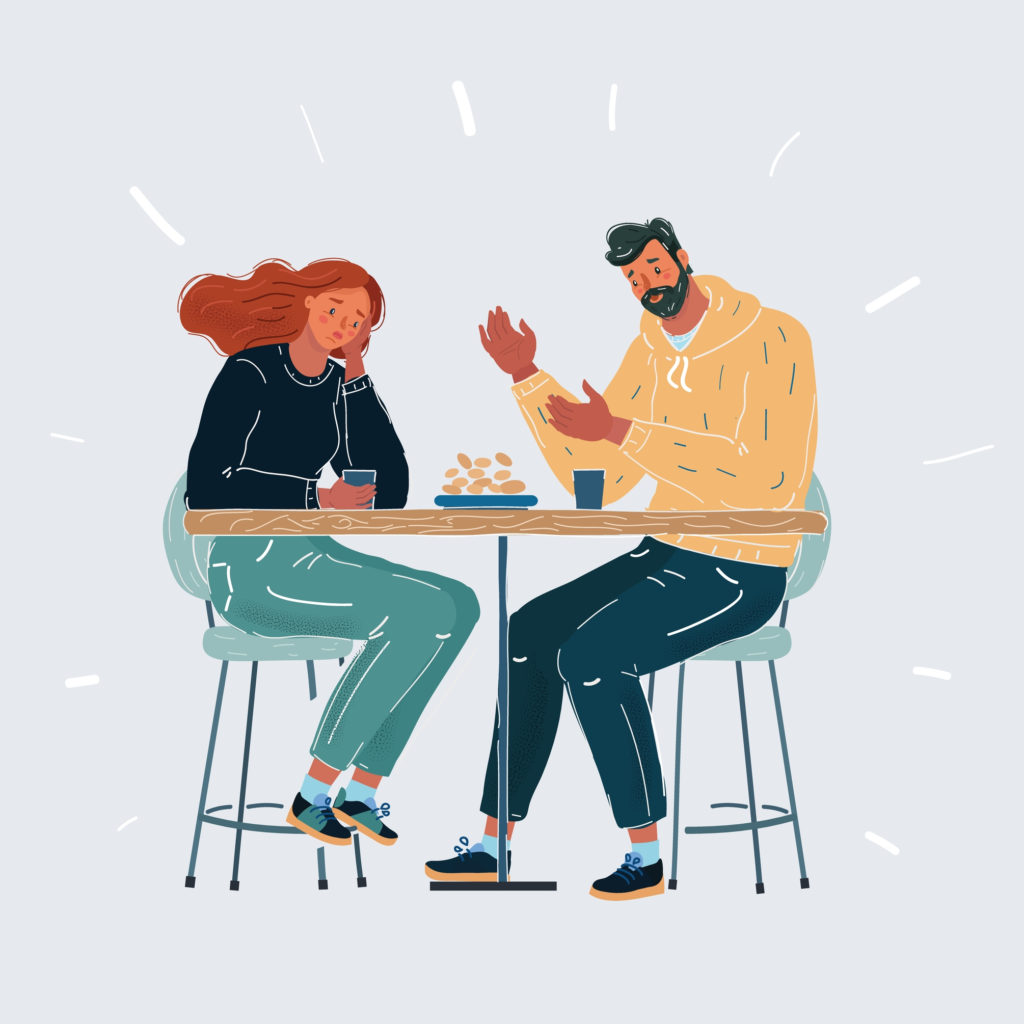 I still do this, so here is one of my ongoing vegan fails I need to address. In order to avoid drawn-out debates and my inevitable loss of temper, I will often just nod along and listen to people’s “scientific facts” about why we should be feeding meat to our children. I laugh glibly when somebody shows off a new jumper and says: “Oh, but it’s cashmere, so not for you!” And I try hard to not preach (see above).

The problem is, I’m watering down my beliefs for the comfort of other people. People who wear the leather jacket, eat the steak and spout utter nonsense about children having to have animal products in their diets otherwise their brains won’t work. Every instinct in my body is telling me to just ask them why they think I want to engage in this conversation when clearly, we disagree. I have no interest in trying to convert anybody against their will, so why do I make it easier for obtuse meat-eaters to dump their rhetoric on me?

One really annoying memory is when someone enjoyed a latte in our house to the point of claiming it was the nicest they’d ever had and thanking us for buying “real” milk. We didn’t. It was good old Oatly, back in the day before it was insanely popular.

Our guest’s response? “Oh, yeah. I did think it tasted a bit odd.” I laughed and mumbled something, when what I really wanted to say was: “Oh, do fuck off, you ignorant twat. Perhaps you’re not used to the taste of ethical ingredients.”

I’m not an informed ally yet

Though veganism can be seen as a lifestyle that begets a certain community, that only works when we all come together to understand each other’s experiences within the movement. I have realised that I am very uneducated about the interconnected issues of veganism and racism, and I have a duty to myself, my daughter and everyone I share the planet with to find out more and be the best ally I can.

Talking about racism and prejudice as a white cisgender heterosexual woman is uncomfortable, but it is supposed to be. It shows that there is still growth and understanding to be found and until we all make a similar commitment, we can’t ever really claim to be the best vegans we can be.

Similarly, the interwoven ideas of feminism are something to be understood as well. I’m well aware that veganism is more than just a way of eating, but it’s time to take a deeper dive into the issues of marginalism, poverty and injustice that are prevalent.

Read one writer’s views about the connection between feminism and veganism.

This might seem like a lighthearted inclusion but believe me, it’s not. All the documentaries we are supposed to watch and recommend to our non-vegan friends? I can’t bear them. The pain and suffering are too much for me to bear and I’m in uncontrollable floods of tears and almost hyperventilating, minutes in.

I keep trying to get through them because I feel some strange sense of duty to do so, but I don’t think I’ll ever get to the end of Cowspiracy, or be able to pass a field of cows without telling them we don’t eat them or steal their babies’ milk.

I dress my dog in festive jumpers 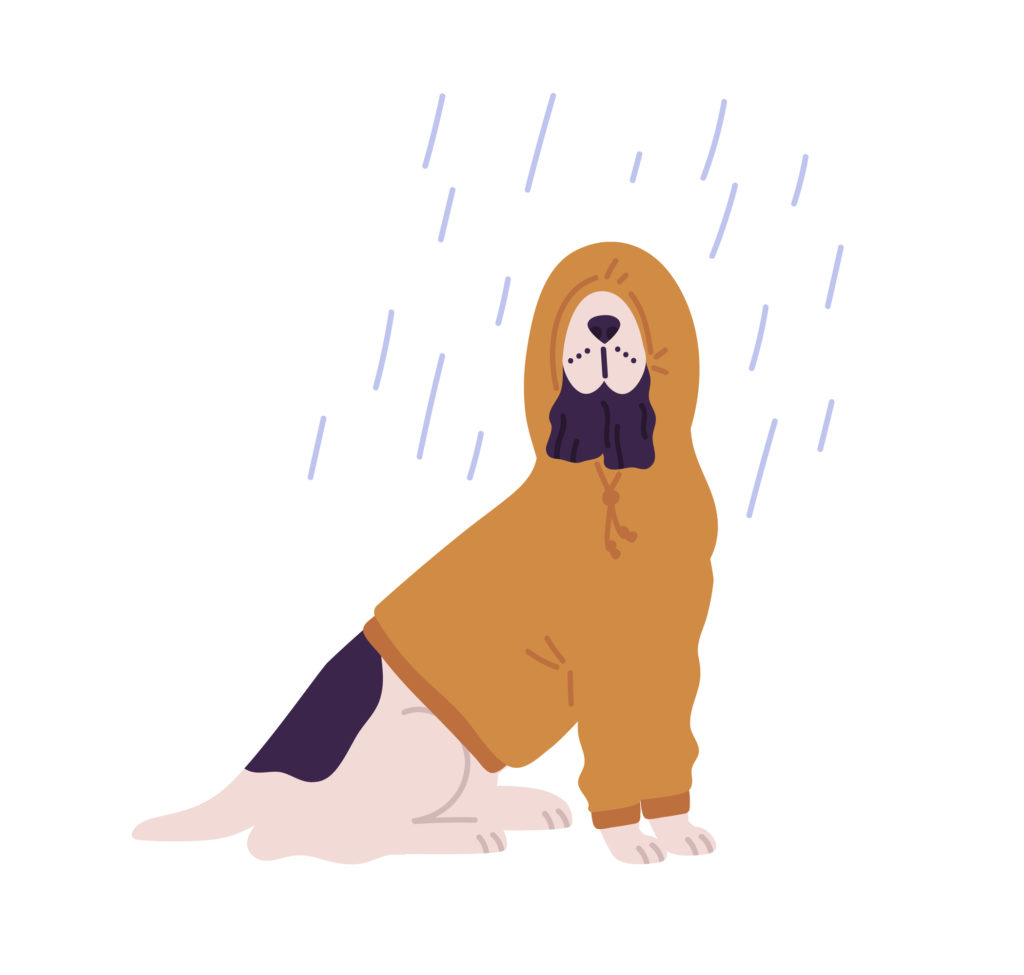 Finally, one for you to judge according to your own beliefs. I dress our dog in fun jumpers and, on occasion, Halloween costumes.

Boo Boo is a Staffordshire Bull Terrier and an unapologetic people-pleaser, like most of her breed. This is what makes them frequent victims of dogfighting rings because they want to please their humans and so fight with no regard for their own lives. This desire to please makes them an incredibly loyal, trustworthy and special breed of dog with far too much patience.

Boo Boo wears the jumpers and gives some stink-eye, but I think she actually appreciates the snuggly vibe. I don’t dress her regularly and keeping her warm or dry is usually the main motivating factor, but I can’t deny that I take pleasure in how sweet she looks.

And I know this is a no-no for some vegans. I should add here that Boo Boo and our daughter have matching jumpers, so I’m probably also committing some human child cruelty, just to even things out.

We’ve all made mistakes. Eating something we thought was vegan but wasn’t, buying clothing that has 1% wool and a host of other transgressions that make us feel awful but were accidents. What’s more, we will all make more mistakes, because life happens.

I’m fast realising that intention is most of the battle, so if you live your life in a way that encourages compassion and kindness as a matter of course, the rest will fall into place with just a little effort.

Amy Buxton
Amy is a committed ethical vegan, raising a next generation compassionate human with her husband and their beloved dog, Boo. A freelance writer with a background in PR, she decided to use the COVID lockdown period to refocus her client base and has come to The Vegan Review as a senior writer and editor, before moving into her external content director role. "What we should be doing is working at the job of life itself" is Amy's mantra, courtesy of Tom from The Good Life.
Previous article8 ways to find vegan jobs hiring today
Next articleClimate change has shifted the Earth’s axis, shows study