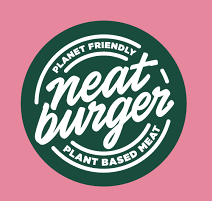 Neat Food Company, which was co-founded by Formula 1 Champion Lewis Hamilton, has commenced its international expansion, starting with a launch in the US with Neat Burger. AND excitingly, the company has attracted the attention of environmentalist actor, Leonardo DiCaprio who has decided to invest in this latest development. He felt that Neat’s pioneering approach is a great example of the type of solutions we need in order to move forward with reducing global emissions.

The alt-protein food group, founded in 2019, has recently announced several new senior leadership members for the US arm of the company. These appointments include Jeffrey S Friend, former Chairman of Sweetgreen and Henrik Fjordbak, former COO of Joe & the Juice. In addition, Vincent Herbert, previously CEO of Le Pain Quotidien, will join as Chief Executive of Neat Burger USA.

Operationally for the expansion, Neat Food, is enhancing its food technology division through the establishment of new innovation centres. The company also plans to launch its award-winning burgers plus a range of other products including its new and improved version of its plant-based chicken patty, hot dog, nuggets and shake, by the end of the year.

Neat Food Co will commence with a US-wide roll-out whilst introducing its alt-protein products to the consumer packaged goods retail market. The first area of focus is New York which is opening this month; the flagship Neat Burger venue being in Manhattan and opening in Autumn 2022.

Zack Bishti, Neat Burger Co-Founder and CEO, said: “We are on a mission to fundamentally change how the world consumes protein and are excited to announce these new appointments whose expertise will make a real impact. With Jeff and Henrik’s success in nurturing industry-leading brands, and Vincent’s prowess in delivering global expansion, we have a powerhouse team primed for explosive entry into new markets; to shift consumer behaviour and be a force for good.”

Tommaso Chiabra, Neat Food Co Co-Founder and Chairman, added: “By 2040 we see a world where alternative proteins have replaced animal proteins completely. Neat is leading the charge in the development of these alternatives that not only satisfy the needs of conscious consumers, but that also deliver on flavour. We’re here to prove that the easiest choice can also be the best choice for the planet.”

Neat Burger’s aim is to make alt-proteins an everyday staple for a consumer market that increasingly looks for vegan and flexitarian options. Moreover, all of Neat Burger’s alt-proteins are suitable for vegans and are allergen and GMO-free. And who can blame them for the enthusiasm with predictions stating that the plant-based food market will top $74bn by 2027.

But to finish…don’t we all love a story of companies working ethically? With one eye firmly on sustainability, Neat Burger is working with Eden Projects on its large scale reforestation initiatives. In 2021, Neat Burger funded the planting of over one million trees in Madagascar and is now planting 50,000 mangrove trees in recognition of the brand reaching the same number of Insta followers. These will be planted in Haiti, Indonesia, Kenya and Nepal. Beautiful.

Alice Soule
Alice Soule is a Writer and Editor, and graduated with a BA in Social Policy. She is passionate about veganism and animal rights but equally has a love of sports, reading, and drinking tea. Alice is a perpetual dreamer and recently finished writing her first novel. As yet to be published...because she's already dreaming up the next story...
Previous articlePlantX expands plant-based pop-up initiative in Venice Beach following $2m loan
Next articleA ban on glue traps in England