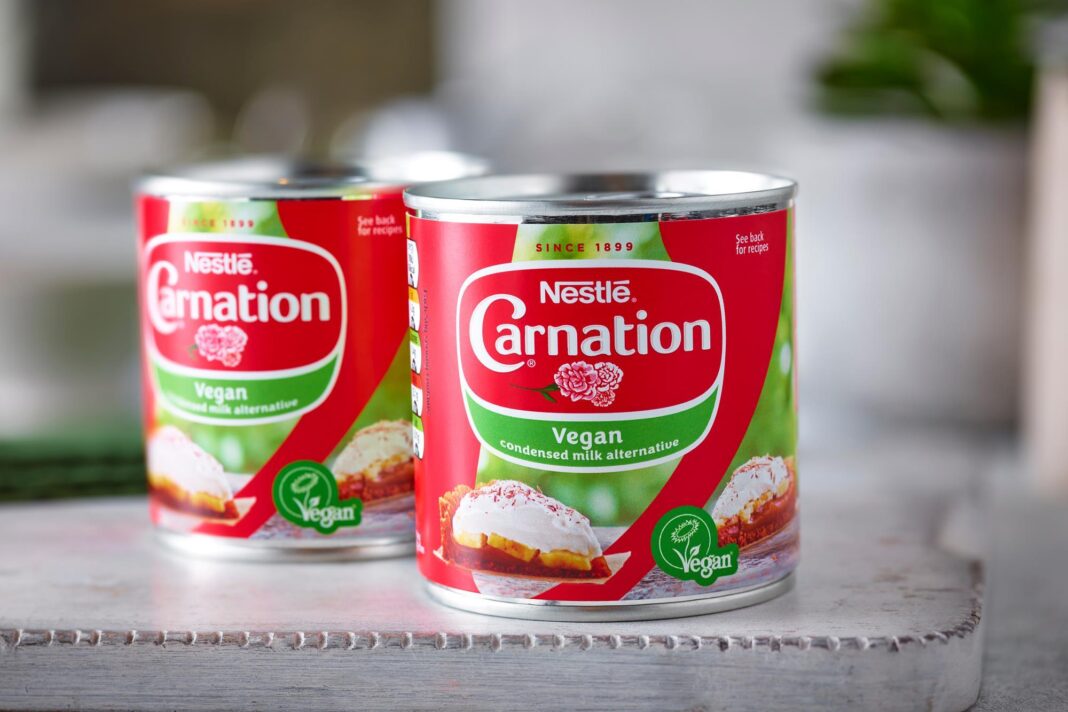 Nestlé has announced it will be launching a vegan alternative to its Carnation condensed milk in UK retail stores.

Nestlé has announced it will be launching a vegan alternative to its classic Carnation condensed milk. According to The Grocer, the milk will be made from a blend of oat and rice flour, which took the company 18 months to develop and finesse.

The product will be available to purchase online from Ocado from September and will be found on the shelves of Tesco and Morrisons the following month. Nestlé’s vegan condensed milk will retail at £2.19 for a 370g tin.

The company’s UK marketing lead for dairy brands, Vittoria Simms, told the Grocer: “It has been a challenge for vegans to find suitable alternatives to make dairy or caramel-based sweets treats or desserts, without having to compromise on taste, texture or appearance.”

While this may be good news for those living a dairy-free diet, Nestlé has been accused of animal cruelty. Last year, animal rights organisation Animal Outlook, ran an undercover investigation and found mother cows and calves being abused in the dairy farm that supplies the company with its ice cream.

Nestlé also came under fire in 2015 for its treatment of mice in an expose by Cruelty Free International, when it was testing to see how it can treat obesity.

However, early this year, the company announced it would be building a plant-based food facility in China to launch vegan meat products by December 2020. Nestlé was also forced to rebrand the name of its new vegan burger from “Incredible Burger” to “Sensational Burger” after plant-based meat company Impossible Foods filed an injunction against the company.

Condensed milk can be used for an array of desserts, from making caramel desserts to using as a substitute to eggs in your baked goods.

Anam Alam
Anam is a freelance writer for The Vegan Review and a student studying journalism. She is a passionate writer who possesses a range of skills ranging from audio, video, editorial and creative writing. Her goal is to educate the public and the world with stories that she feels need to be talked more about in society.
Previous articleThe Fields Beneath: London’s finest all-vegan cafe
Next articleStudy shows plant-based diet may lower blood pressure