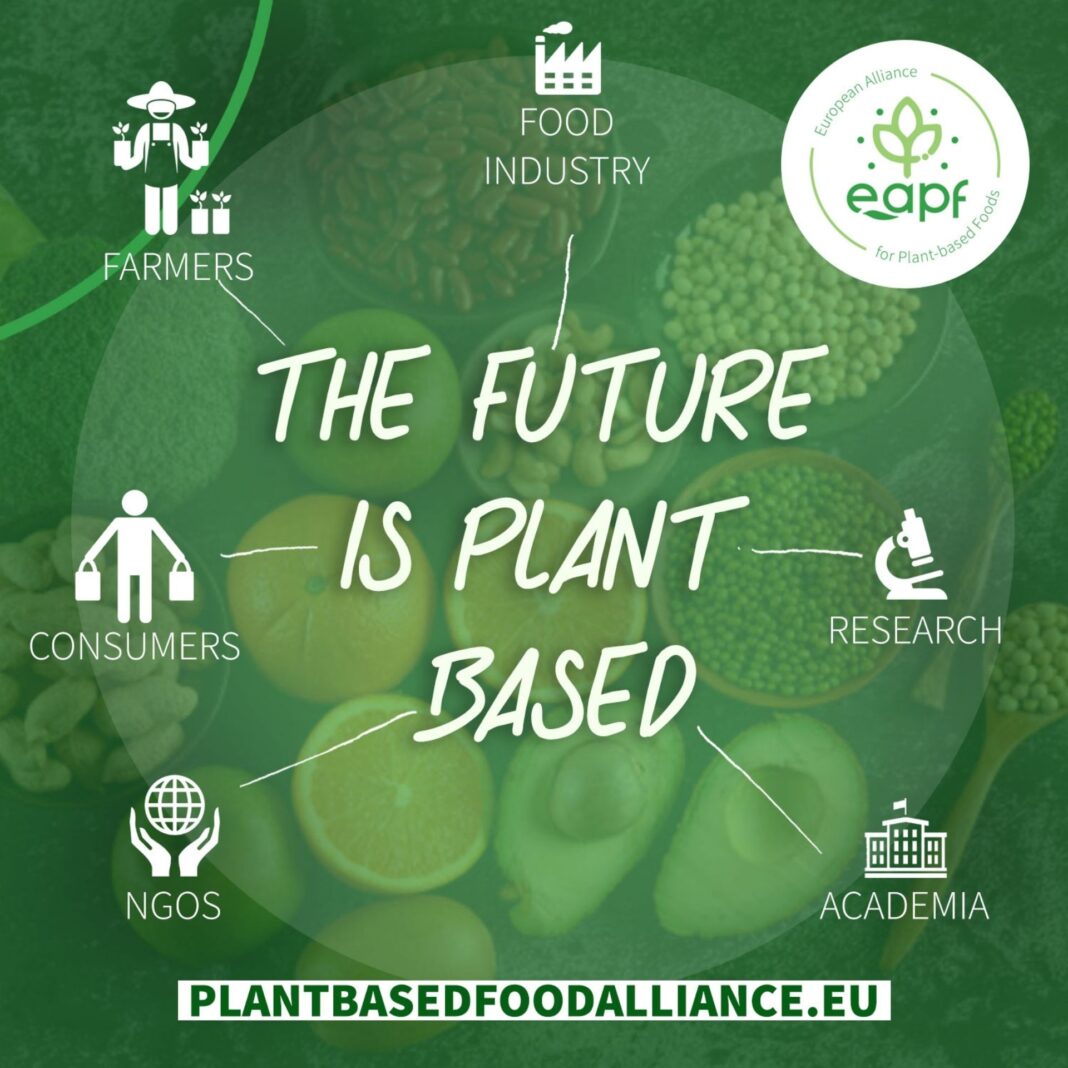 The Secretary-General of the newly-launched European Alliance for Plant-based Foods explains how it’s calling on the EU to prioritise vegan food in policy decisions.

The European Alliance for Plant-based Foods (EAPF) launched yesterday to place veganism at the heart of the EU’s food policy.

Headquartered in Brussels, the organisation wants to put plant-based food at the centre of the transition towards healthier eating. Among the EAPF’s four priorities are sustainable food systems, food labelling, fair market access and research and innovation.

The EAPF is Europe’s only multi-stakeholder coalition that brings together organisations in the vegan food value chain, which includes NGOs, the scientific community and industry leaders like Nestlé, Beyond Meat, Oatly, Heura and the Good Food Institute (GFI).

The plant-based alliance has issued a call to action to EU and national policymakers to support vegan lifestyles. This includes providing incentives for sustainable practices in the farming and processing industries, allocating more funds to research and innovation on plant-based alternatives, and creating fair market access for vegan foods across Europe by removing existing barriers like the higher tax rate on plant-based products.

The EAPF adds that plant-based food plays a central role in meeting the EU’s sustainability ambitions, as they contribute to reaching the EU Green Deal’s environmental goals and the agri-food transition outlined in the Farm to Fork strategy across the value chain.

Speaking to The Vegan Review, the EAPF secretary-general Siska Pottie said: “We are calling for active support for low carbon agriculture in Europe through developing EU protein and crops, which offer economic opportunities for European farmers, meeting the growing demand for plant protein whilst responding to citizens’ demand for more environmentally friendly farming in the EU.”

She added that the move towards sustainable food systems can only be ensured by fair competition in the market, where plant-based foods are at a disadvantage in terms of “market access, pricing and taxation, which is leading to a distorted market. So, we are calling for a level playing field between the plant-based foods and animal-based foods.”

The EAPF is also asking the EU to recognise the benefits of plant-based foods for the people, planet and animals and encourage initiatives to promote them, allow food manufacturers to clearly brand their products using commonly understood terminology, and establish an evidence-based framework for sustainable food labelling with transparent information about its nutritional and environmental value.

Recently, Miyoko’s Creamery won a landmark case in the US, with the court allowing the plant-based company to use the word ‘butter’ in its vegan butter labels. Is that judgement significant to the EU too?

“Yes, the discussion on product denomination is currently ongoing in Europe with the common organisation of markets (CMO) discussions as part of the common agricultural policy (CAP) reform,” said Pottie. “Two amendments were introduced, further strengthening the possibility for plant-based foods to use denominations such as burger and steak.”

She added: “The EAPF is actively fighting these further restrictions as the current regulation already sufficiently protects the meat and dairy products. These two amendments are not at all in line with the ambitions of the Farm to Fork strategy to transition to more plant-based diets and impose an important hurdle to market the plant-based foods and innovations, by not allowing proper communication or information to consumers on alternatives to dairy and meat products.”

What’s the next course of action for the EAPF? “Our current priority now is the CMO dossier, as this will be voted on at the end of October in the plenary, but we will be active on the various initiatives that will start under the Farm to Fork ambition and other dossiers that are of importance to our members,” said Pottie.

Anay Mridul
Anay is journalism graduate from City, University of London, he was a barista for three years, and never shuts up about coffee. He's passionate about coffee, plant-based milk, cooking, eating, veganism, writing about all that, profiling people, and the Oxford Comma. Originally from India, he went vegan in 2020, after attempting (and failing) Veganuary. He believes being environmentally conscious is a basic responsibility, and veganism is the best thing you can do to battle climate change. He gets lost at Whole Foods sometimes.
Previous articleOLIO co-founder Tessa Clarke: ‘Going zero-waste became a bit of a game’
Next articleCell-based meat heir Ira van Eelen: ‘One of our biggest dangers is taking things for granted’