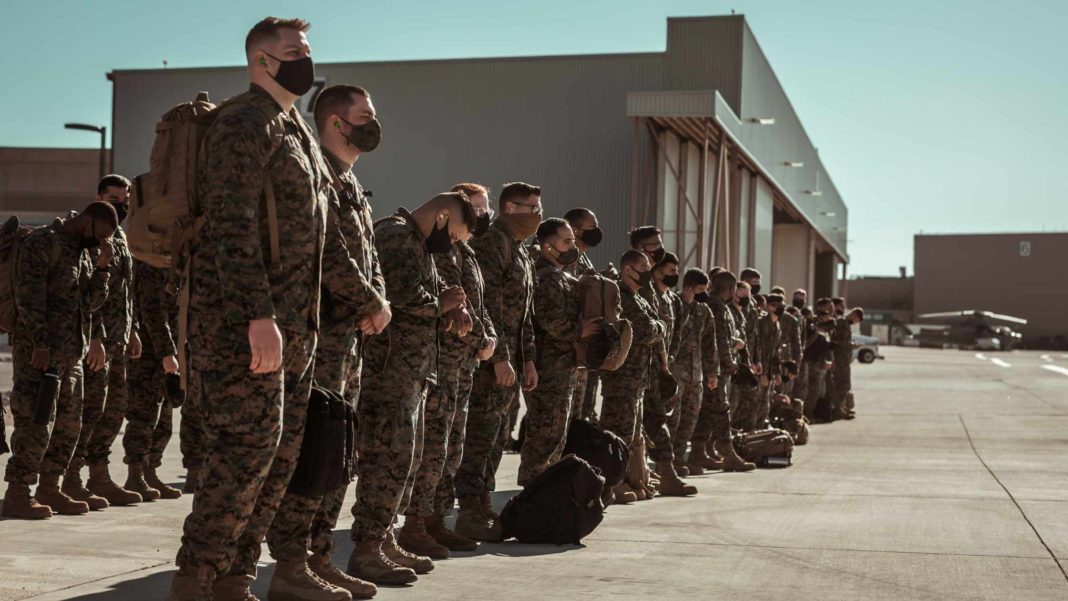 Within the army, a new campaign group called the Ministry of Defence Vegan and Vegetarian Network is calling for changes in lifestyle to be introduced. And as a first step, they’ve requested vegan uniforms to be brought in as an option for those not wanting to wear clothing made from animals.

This network is campaigning to have policies introduced that will empower vegan and vegetarian members within the military community. One such policy is for vegan or vegetarian footwear, that has not been made out of animal leather yet still offers the same look and level of support, to be available for personnel.

Discussions on this topic were opened back in 2019 when a helicopter technician objected to wearing leather boots; as a result the RAF looked to amend its military policies. But now with the efforts of the network behind this debate, further positive communications are hopeful. And it is believed that the MoD is open to conversation about the equipment worn by personnel as long as it keeps people safe and is made to a high standard.

The Vegan and Vegetarian Network was founded in MOD St. Athan in Wales and it works to connect like-minded individuals across each of the services, in order to support and further educate each other through ideas, news and discussion.

A founding member of the network commented that he turned vegan for ethical reasons as well as the environmental benefits of the lifestyle. He noted: “I’ve always loved animals, but since joining the RAF many years ago, I just never thought it would be possible to be vegan in the military, especially when on deployment. But times have changed and now it’s so much easier. I started the network to help those who wanted to be vegan or those who are already vegan in the Armed Forces. To inspire, support and encourage.”

Following the Army Eats campaign last year that involved research into the types of lunch soldiers would prefer during transit, more vegetarian items were included on the barracks’ menus.

In addition, a defence source mentioned: “The younger generation of soldiers today are savvy and smarter about what they are eating. Lifestyles change and food choices change too. People today are hugely more aware of healthy eating.”

Moving forward, it’s believed that the army is looking to expand on this recently gained knowledge, reflecting on changing views and trends around healthy eating. It wants to remain “relevant to our soldiers in the 21st century”.

We look forward to reporting more on this story as policy discussion progresses.

Damoy Robertson
Damoy Robertson is an entrepreneur and founder of The Vegan Review. Damoy is dedicated to spreading veganism to the masses which he believes will enable people to make better, more informed decisions concerning the way we all interact with animals and our planet.
Previous articleNew documentary, Milked, set to expose the detriments of the dairy industry
Next articleWill you going be at Vegan Camp Out 2022? Here’s what’s to come!