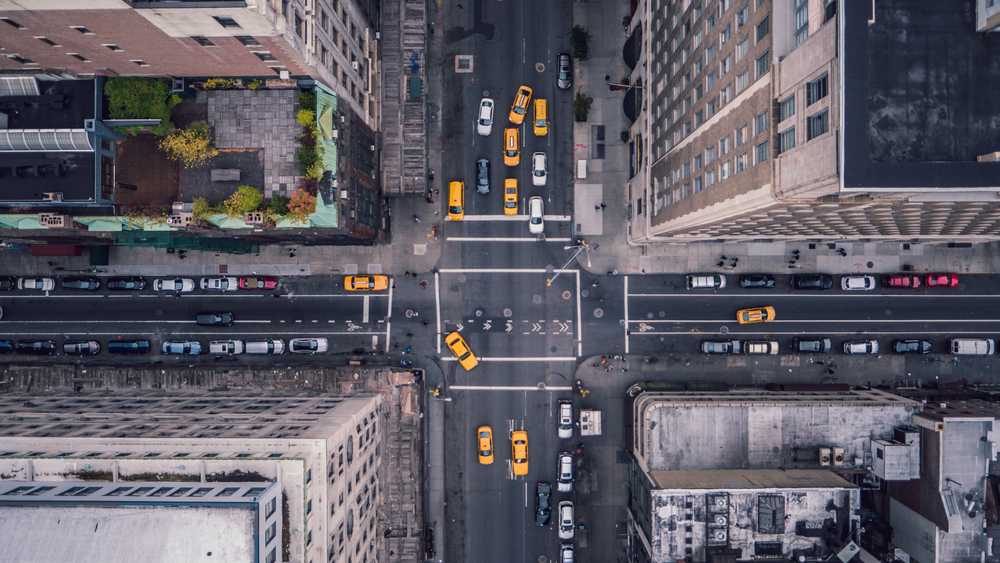 A new study named New York City the most vegan-friendly city in the US (for takeouts). New Yorkers describe what it’s like to be vegan there.

10 million Americans are now vegan. Plant-based eateries have cropped up super fast and in large numbers, leading to a new study by fitness brand Myprotein that collated TripAdviser data to analyse the most vegan-friendly cities in the US.

While LA is known internationally as a hub for vegans, New York City is, at least when it comes to takeouts, the most vegan-friendly city in the US. With 527 out of 1315 outlets offering plant-based options (that’s 40%), the Big Apple is now the vegan takeout capital of America.

The Vegan Review spoke to New Yorkers to find out what it’s like to be vegan in the US’s most vegan-friendly city. Here’s what they had to say.

New York City is such a melting pot of diversity; racially, socioeconomically, as well as dietarily. We don’t often consider dietary restrictions or lifestyles a part of diversity, but it absolutely is. If you are privileged enough to have never experienced discrimination, watch someone wait in line to get food, only to walk away with nothing since there weren’t any vegan options.

NYC does a great job of offering multiple vegan options in every price range, every dining style and almost every food style. This one time, my friend and I did a bike tour to different vegan restaurants in Brooklyn. We only made it to three, and still had a lot of options left on our list.

I barely have issues getting food in any neighbourhood now since there tends to be some option for me. One challenge that was prevalent in NYC were specific neighbourhoods where sometimes the closest store was a bodega; there weren’t as many vegan options offered in those. But now, there are even plant-based bodegas.

I’m obsessed with Jajaja, to say the least. Its nachos are my favourite! I will say though: I wish I lived in Brooklyn, which has some of my favourite vegan spots.

The best thing about being vegan in NYC is definitely the access. You can literally get so many options here and I am reminded of that every time I leave NYC. The worst thing is seeing great new vegan restaurants pop up, but then close down because they weren’t getting enough business. I know this is normal in the restaurant industry, but I feel like vegan restaurants have such a hard time making it past their first year, more so than non-vegan ones.

New York City is a fairly progressive place, so it’s not surprising it’s vegan-friendly. I think one of the big advantages of it being a vegan-friendly city is that it’s a melting pot of cultures, so there’s an array of cuisines, spices and ingredients to make great vegan food.

I mostly cook everything myself, but my go-to food to order out is vegan pizza. A proper pizza oven really makes a difference: &pizza and Double Zero are my favourites.

The best thing about veganism in NYC? Lots of choices: for home cooks and for delivery. The worst thing, probably like everything else: the prices. Food, especially well-crafted plant-based food like vegan cheese, can be expensive.

As a native New Yorker who’s been vegetarian for 30 years and is now vegan, I can definitely say the choices for vegans and vegetarians have gotten better. Years ago, if you went into a restaurant and asked for a vegan dish, salad was pretty much it. Now, you have plant-based meats, creams, and cheeses — just wonderful things to make vegan food delicious. 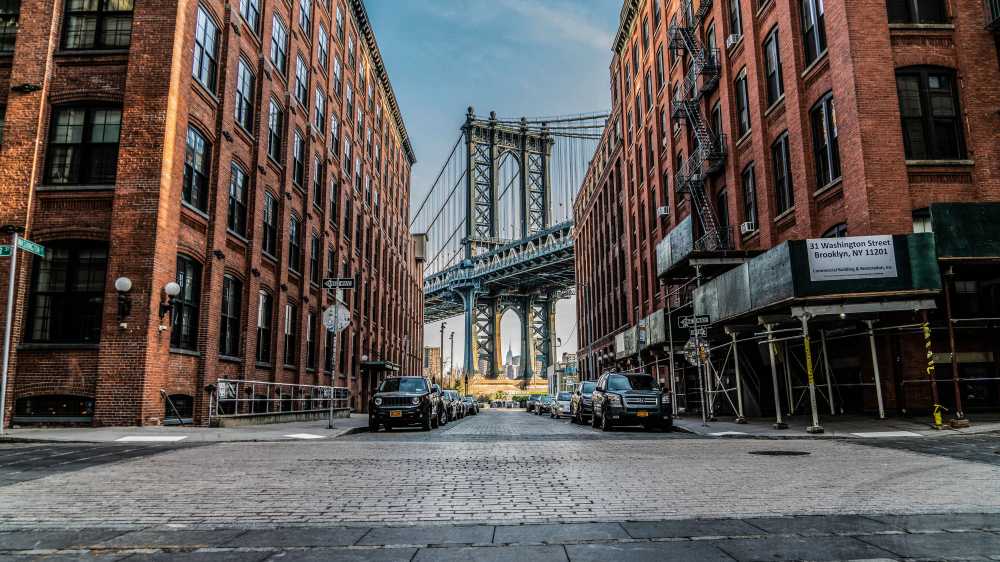 It has been over 20 years since I switched to a 100% plant-based diet. During this time, I have lived in Detroit, Phoenix, and now New York City. Out of all three areas, I can easily conclude that NYC is definitely the most vegan-friendly place to be. There has been an ever-growing insurgence of vegan companies, products and restaurants.

Earlier, you would have to go out of your way to find specialty health food stores, but now you can go to practically any grocery store, from Whole Foods to your neighborhood Bravo or Key Food supermarket, and have a plethora of vegan options to choose from. In addition, companies like Whole Foods even offer same-day home delivery for free.

Beyond stores, NYC has countless restaurants to choose from, offering every type of cuisine you can imagine. There are vegan fast-food places like Champs Diner in Brooklyn, or John’s on 12th in Manhattan for incredible Italian food, which has been open since 1918.

The best thing about being vegan in NYC is that it is so readily available anywhere and everywhere that you go — from shopping, to restaurants, to even the street vendors, practically every place has something vegan available. In my opinion, there is absolutely no downside to practising a plant-based diet if you live in NYC.

New York has always had a great vegan community, but the plant-based options have really exploded over the past few years. There’s so much available, from vegan grocery stores like Orchard Grocer, to artisanal cheese shops like Riverdel, to great diner food at Champs, to amazing crepes at Little Choc Apothecary. There are delicious comfort dishes at Modern Love (a personal favourite) and upscale date-night fare at Blossom (another favourite), as well as Ravi de Rossi’s restaurants like Avant Garden. Oh, and there’s pizza at Screamer’s with ice cream from Van Leeuwen’s next door too.

Truly too many places to list and there are new ones all the time. Many non-vegan places will also have great plant-based options too.

My one word of caution: NYC is constantly changing, so be sure to enjoy your favourite spots while they’re around, because they may not be forever. Some of my past favourites are Angelica Kitchen and Foodswings.

I think one of the reasons why New York City is so vegan-friendly is because it’s a place that’s very accepting of different types of people and encourages individuality and diverse points of view. Also, some of the most creative people in the world live in NYC, and that creativity is reflected in the quality and calibre of the restaurants (including vegan ones).

When I first became vegan, there were only a few coffee places in NYC that offered plant-based milk (usually soy milk). Now, it seems like every coffee place has at least three or more kinds of plant-based milk to choose from. It’s great. And there are so many great vegan restaurants in NYC. My current favourites are Blossom and Candle Cafe.

As a vegan, I cook a lot and I never have a problem finding vegan ingredients. There are lots of health food stores in New York as well as chains, like Trader Joe’s, that have a large selection of affordable and unique vegan products.

The best thing about veganism in NYC is how acceptable and widespread it is. If you go to a non-vegan eatery in NYC, they are normally very accommodating and helpful. The hardest thing for me about being vegan here (or anywhere) is not being able to eat cheese. And though I do get vegan cheese on my New York pizza (many places have this option now), it still does not taste like real cheese to me.

Disclaimer: The MyProtein study named New York City was named as the US’s most vegan-friendly city based on takeout restaurants only. There has been no comprehensive, all-round survey conducted to determine which American city is the most vegan-friendly overall.

Anay Mridul
Anay is journalism graduate from City, University of London, he was a barista for three years, and never shuts up about coffee. He's passionate about coffee, plant-based milk, cooking, eating, veganism, writing about all that, profiling people, and the Oxford Comma. Originally from India, he went vegan in 2020, after attempting (and failing) Veganuary. He believes being environmentally conscious is a basic responsibility, and veganism is the best thing you can do to battle climate change. He gets lost at Whole Foods sometimes.
Previous articleJUST Egg: All the protein, none of the pain of chicken eggs
Next articleMeatless Farm: Taking animals out of the equation for consumers