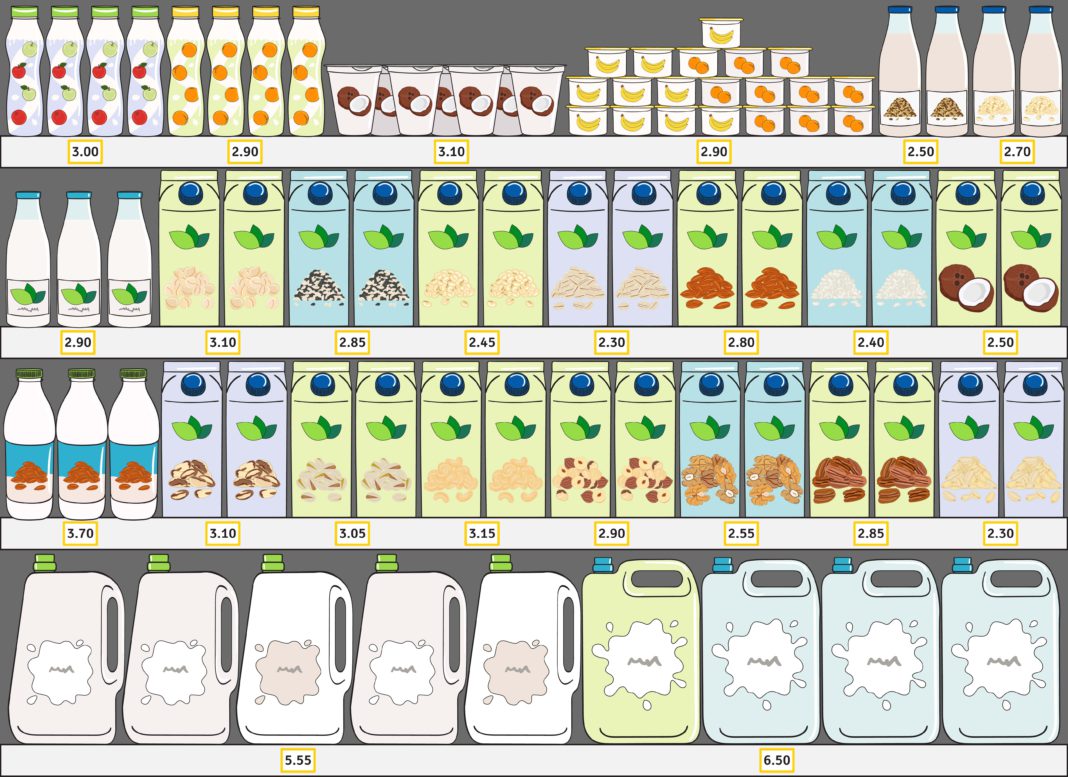 In an open letter, international NGOs are calling for the EU Parliament to oppose the proposed ban on plant-based dairy alternatives.

A coalition of NGOs is objecting to the EU Parliament’s Amendment 171, which could make it illegal for plant-based alternatives to be compared to dairy products.

Coordinated by The Good Food Institute, a group of 21 international NGOs, including Greenpeace, WWF, Food Watch, and Compassion in World Farming, have signed an open letter, calling on the EU to dismiss the ban and encourage a shift towards more plant-based diets.

Apart from a ban on labelling terms like ‘milk’, ‘cheese’ and ‘butter’ for plant-based dairy products, manufacturers could also be forced to change their packaging if it resembles their dairy counterparts.

The Vegan Society is also backing these calls to reject the plans, which it calls “extreme” and believes has put people off veganism. The organisation also stated that Amendments 171 and 72 contradict the EU’s Farm to Fork strategy and Green Deal.

The open letter read that the amendments would drastically extend existing “unnecessary and extreme” restrictions and jeopardise producers’ ability to inform consumers about their products. “There is simply no justification for making such a dramatic change to the regulatory landscape in this way.”

It added: “A denomination protection that does not even allow a food to be presented as an ‘alternative to’ a dairy product is, in our view, disproportionate and unprecedented in the food sector.”

Louise Davies, head of campaigns, policy and research at The Vegan Society, said: “Now is  the time to be supporting the plant-based business sector, not restricting it. With scientific consensus confirming that plant-based diets are on the whole better for the environment, governments need to be encouraging consumption of plant-based foods, and supporting brands in this area.”

She added: “These amendments do nothing to support consumer understanding, and instead are an arbitrary step to attempt to hold back the rise of the plant-based sector.”

This follows a separate petition launched by ProVeg, Oatly and Upfield to challenge the Amendment from getting approved in the EU Parliament, which is set to be heard in March.

Read our story explaining the ban on plant-based dairy labelling in detail.

Anay Mridul
Anay is journalism graduate from City, University of London, he was a barista for three years, and never shuts up about coffee. He's passionate about coffee, plant-based milk, cooking, eating, veganism, writing about all that, profiling people, and the Oxford Comma. Originally from India, he went vegan in 2020, after attempting (and failing) Veganuary. He believes being environmentally conscious is a basic responsibility, and veganism is the best thing you can do to battle climate change. He gets lost at Whole Foods sometimes.
Previous articleOatly confidentially files for IPO in the US
Next articleExclusive — TheVeganKind CEO Scott McCulloch: ‘We made a leap into the unknown’