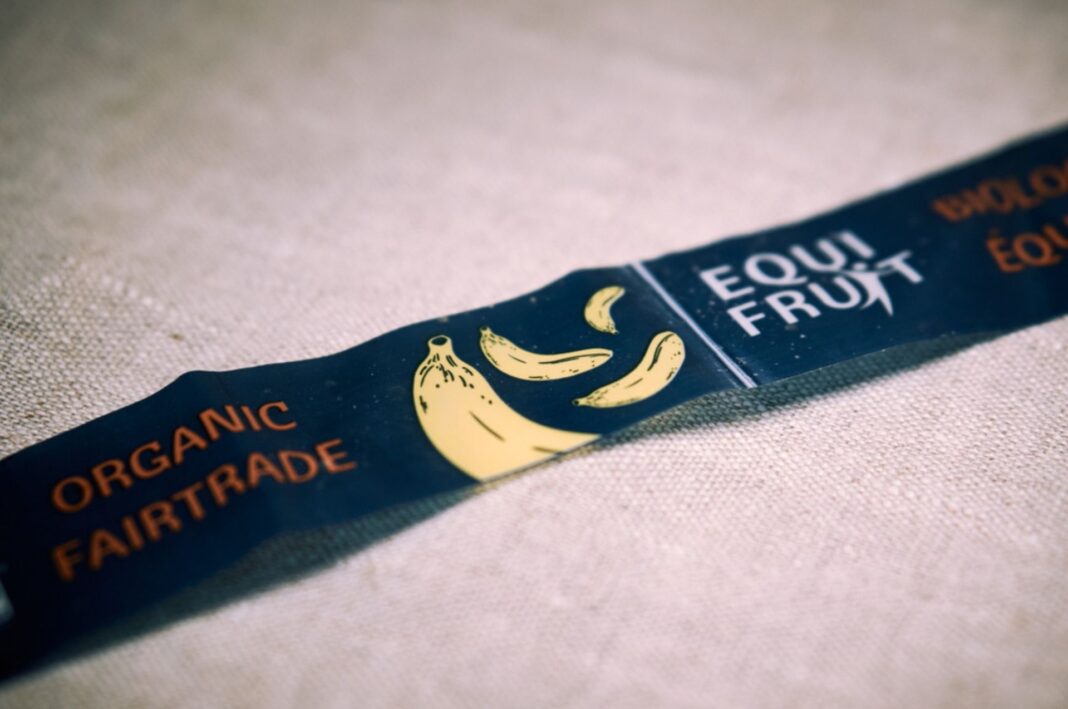 Non-GMO. Organic. Fairtrade. We see these food labels everywhere now. But what do they really entail?

According to a survey, 86% of millennials would buy a product with a social or environmental benefit. With debates on ethical consumerism on the rise, The Vegan Review broke down three of the most common labels you see on your groceries: non-GMOs, organic and Fairtrade. Do conscious consumers really have to look out for them or are they just another sticker pasted over a product? 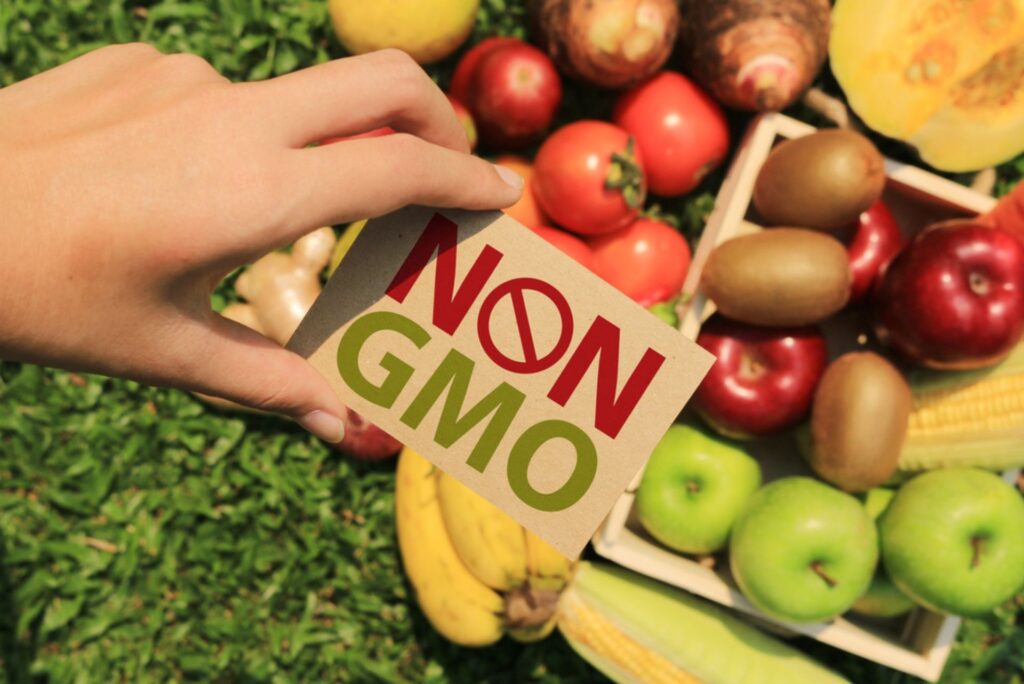 According to the World Health Organization, genetically modified organisms (GMOs) are defined as organisms (plants, animals or microorganisms) whose genetic material (DNA) has been altered in a way that does not occur naturally. This technology is often called modern biotechnology or gene technology. So if you see a box of biscuits labelled as non-GMO, it means all the ingredients used to make it are naturally occurring and not genetically altered.

When farmers plant crops, they’re mostly worried about three things: weather, insects, and weeds. GMOs help address the last two concerns. According to Dr Peter Goldsbrough, a botany professor at Purdue University, genetically modified plants can repel the specific type of insect that feeds on it, allowing farmers to use fewer pesticides. Other GM plants have been developed to be resistant to certain herbicides, thus making weed control “more efficient”.

However, there is quite a bit of controversy over the use of GMOs, which has led to international trade disputes, protests and restriction of commercial products worldwide. The concerns are mostly regarding its effects on health and the environment.

GMOs have been backed by research and there is scientific consensus that GMOs do not pose a greater risk to human health than naturally grown crops, but this has been contested by a 2015 statement signed by 300 scientists and scholars asserting that the claim of scientific consensus on GMOs frequently repeated in the media is “an artificial construct that has been falsely perpetuated”. They claim most of the research used to declare that GMOs are safe has been performed by the biotechnology companies that create the GMOs, so it is not impartial.

There is yet to be foolproof research on GMOs used in commercial farming without a potential negative impact on the health of humans and the environment.

But it’s not all bad. The same technology used to create GMOs is also being used for vaccines and is being researched on increasing the nutritional value of certain crops. One example is “golden rice”, which is modified to contain beta-carotene, the body’s precursor of vitamin A. Vitamin A deficiency is prevalent in developing countries and is estimated to cause the death of 670,000 children under the age of five. In 2018, it was first approved in Australia, New Zealand, Canada and the US. 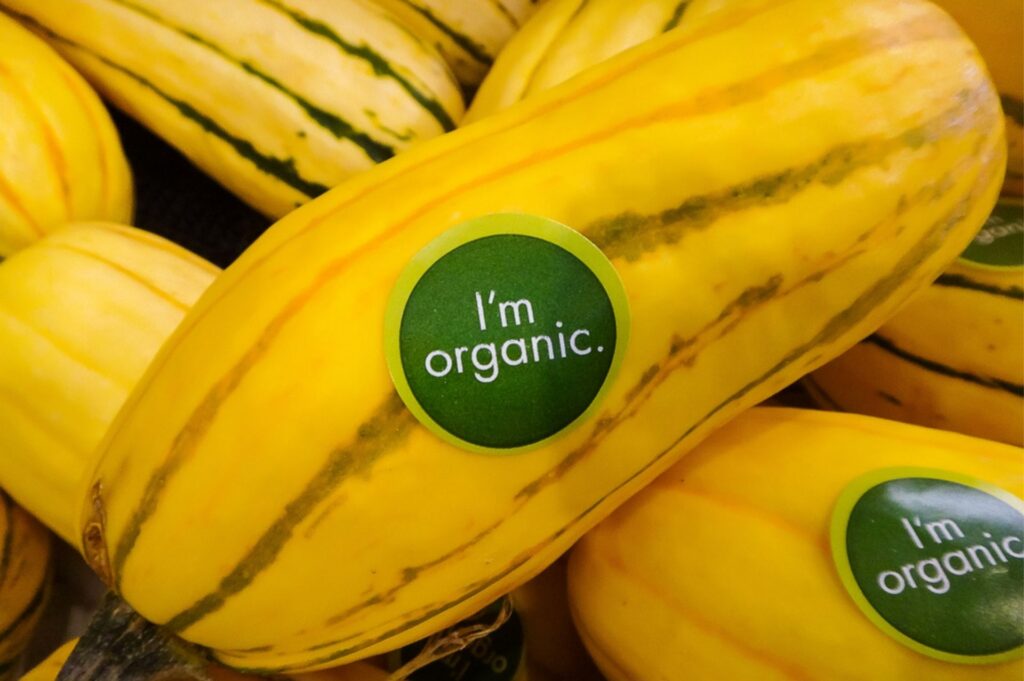 When you walk into any farmers’ market, you’re welcomed by signs that say ‘Certified Organic’ in bold letters. Despite being more expensive than its non-organic counterparts, organic agriculture has become the most popular type of alternative farming.

Organic farming grows crops without the use of synthetic fertilisers or pesticides. This does not mean that organic food is fertiliser- and pesticide-free, but rather that farmers rely on natural means to control insects and weeds.

Organic produce has some clear benefits. They are four times less likely to have pesticide residues on them than conventionally farmed produce. Pesticides are potentially toxic to humans and can have both chronic and acute health effects, depending on the quantity and ways in which a person is exposed.

Organic farming practices are designed to be more sustainable, emphasising conservation and reducing pollutants. The lack of chemical fertilisers and synthetic pesticides in its farming practices allow wildlife to thrive and prevent water and soil contamination.

This type of farming has been gaining popularity due to increased awareness of its benefits. However, it is difficult to mass-produce, which is why it is more expensive than conventionally farmed produce, making it less accessible for people from different socio-economic backgrounds.

Unsurprisingly, the debate between organic and conventional farming is heavily polarised. Health experts and consumers have long debated the possible nutritional benefits of eating organic. To investigate these claims, researchers at Stanford University evaluated nearly 250 studies comparing the nutrients in organic as opposed to traditional foods (fruits, vegetables, grains, poultry, meat and eggs), and the health outcomes of eating these foods.

The researchers discovered very little difference in nutritional content, aside from slightly higher omega-3 fatty acid content in organic milk and chicken and phosphorous levels in some organic foods. Moreover, some scientists continue to be concerned that with available land areas farming becoming more limited, it might not be sustainable for industrialised countries to go 100% organic.

A recent study published in the journal Nature Communications concludes that the widespread adoption of organic farming practices in England and Wales would lead to increases in greenhouse gas emissions. This is mainly because agricultural yields would be 40% lower. 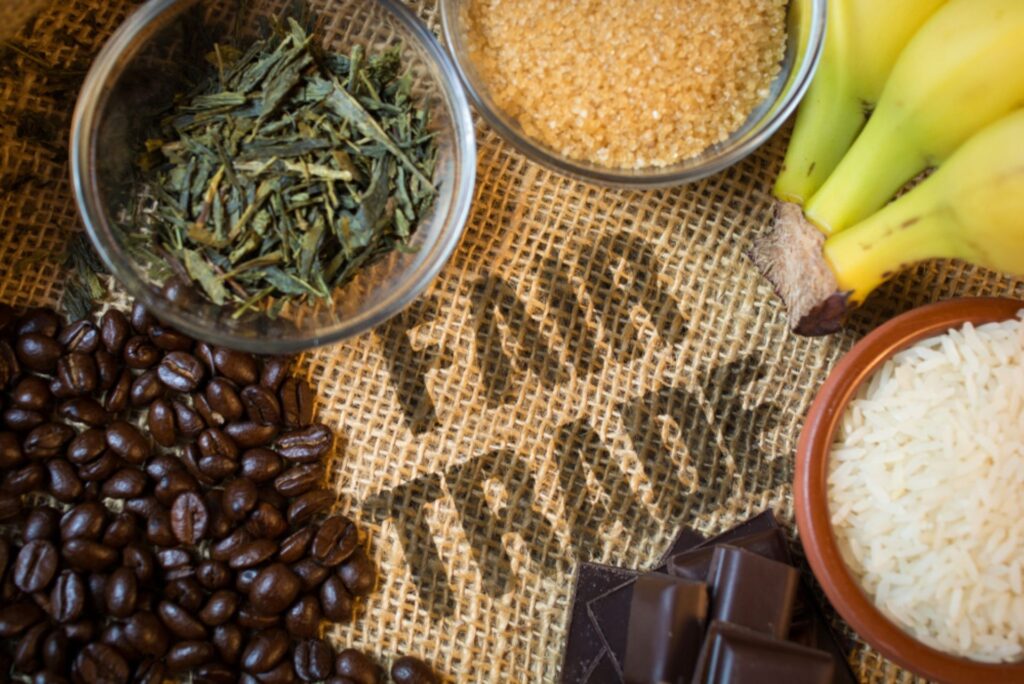 If you’ve walked past the coffee aisle of any supermarket, then there’s a good chance you’ve seen bags with ‘Fairtrade’ written on it. One characteristic you’d notice right off the bat would be that the price of a Fairtrade product always seems to be higher than other brands selling the same thing. So what is Fairtrade? And what makes it worth the extra money?

Fairtrade is an arrangement designed to aid producers in developing countries to achieve sustainable and equitable trading relationships with companies in developed countries. It promotes sustainable development which, in turn, helps reduce the grossly unequal distribution of wealth between developing and developed nations.

Fairtrade goods date back as far as the 1950s but have only recently begun gaining popularity. Reports indicate that global sales of Fairtrade products rose by 15% in 2013, reaching a total of £4.4 billion. Worldwide, the Fairtrade movement that year supported more than 1.4 million farmers and workers in 74 countries.

Despite how great it sounds, it is no stranger to controversy. A study published in 2015 by the MIT Press revealed that producer benefits were “close to zero” because there was an oversupply of producers being certified Fairtrade, and only a fraction of the products classified as Fairtrade were actually sold on Fairtrade markets, just enough to recoup the costs of certification.

Some research indicates that the implementation of certain fair trade standards can cause greater inequalities in some countries where these rigid rules of keeping the price the same the entire year can hurt producers. In the Fairtrade debate, there are complaints of failure to enforce the standards, with producers, cooperatives, importers and packers profiting by evading them.

Ethical consumerism is a tricky subject with no black and white answers. With rising food security issues due to climate change and overpopulation, the need for mass-producing crops has also increased leading to a plethora of issues in the food industry. The best way to ensure accountability is to urge local and federal politicians to apply ethical farming and trading practices so that consumers do not have to choose between the lesser of two evils.

Nameera Armin
Nameera is a freelance writer for The Vegan Review and a political science and economics student in McGill University. Originally from Bangladesh, Nameera's concerns toward climate change began at an early age as she grew up seeing it's devastating effects on the rural communities of her country. Her passions lie in social justice, sustainability and food. For her, the kitchen is a space for experimenting with different cuisines and culinary landscapes. She believes in learning from different cultures and passing on her knowledge to everyone she possibly can!
Previous articleNestlé makes move into plant-based seafood with tuna alternative
Next articleAnimal Rebellion to take daily action against the UK government in September