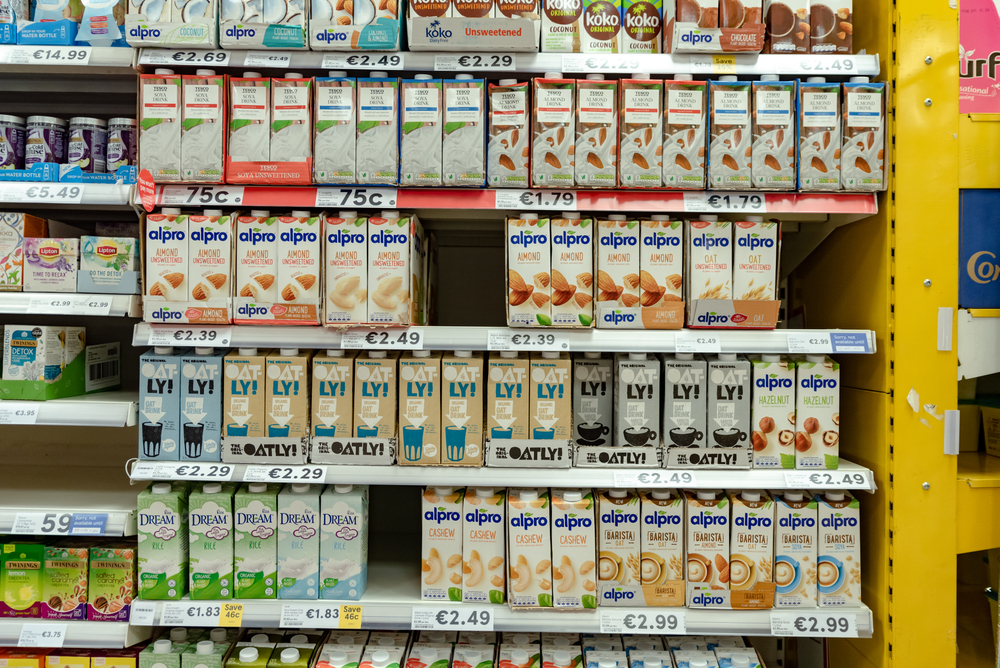 Non-soy plant-based milks are the fastest-growing category in the dairy market, with a 16% increase between 2020 and 2021.

Soy milk is losing favour, with the market for other plant-based milks surging faster than any other category in the dairy and alternatives sector. Worth over $10 billion (£7.2 billion), dairy alternatives have undergone a 16% rise in sales between 2020 and 2021 globally.

According to Euromonitor International, soy has fallen in popularity among people seeking dairy alternatives due to poor product perception. But other non-dairy milks like almond, oat, coconut and pea have invited innovation to grow by 69% in the UK market. Overall, non-soy-based milks have seen an increase of 130% in the last five years.

Last year, oat milk surpassed soy to claim second in the US plant-based milk market, with almond firmly holding its top spot. The UK has also seen an influx of new and innovative alt-milk products in the last few months, with potato milk turning heads with its sustainability credentials and inventive concept.

Read our ultimate showdown for the best barista milks in the UK.

Maria Mascaraque, industry manager at Euromonitor International, said: “The plant-based and lab-grown dairy space has hugely accelerated in the last year, thanks to heavy investments, including investment banks ‘pouring money’ into the industry. And this is likely to speed up more acutely with the entry of big consumer companies, such as Nestlé and Danone, who are investing in startups that are ahead of the game.”

The pandemic has magnified consumer focus on health and wellness, with obesity and other health conditions ringing warning bells. Recently, cell-based dairy has also garnered increased interest in recent months, as startups utilise record investments to create lab-grown dairy products faster. Euromonitor International says cell-based dairy will become more affordable in the coming years and could be part of consumers’ daily lives within a decade.

Mascaraque added: “In the next couple of years, the focus is likely to remain on exploring further ingredients such as peas, chickpeas, and fava beans, due to their high protein level, and companies increasingly relying on blends to make them tastier, for example, combining peas with oats or coconut.

“Further down the line, new ingredients in that space are expected to spur, including water lentils or even algae.”

Anay Mridul
Anay is journalism graduate from City, University of London, he was a barista for three years, and never shuts up about coffee. He's passionate about coffee, plant-based milk, cooking, eating, veganism, writing about all that, profiling people, and the Oxford Comma. Originally from India, he went vegan in 2020, after attempting (and failing) Veganuary. He believes being environmentally conscious is a basic responsibility, and veganism is the best thing you can do to battle climate change. He gets lost at Whole Foods sometimes.
Previous articleWhich packaging has the least impact on the environment?
Next articleOh Oat: Cape Town’s clean-label oat milk in wine bottles