It’s time we talk about vegan inclusivity on cocktail menus 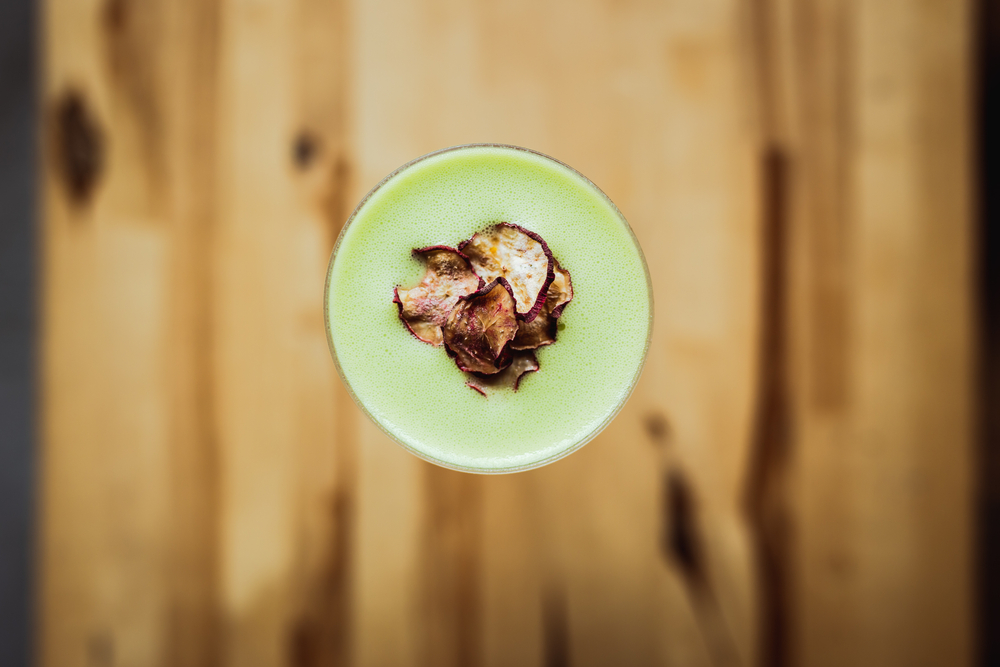 Yes, plant-based food is making its way on menus, but we don’t talk enough about how vegans are still overlooked when it comes to cocktails.

When I first went vegan, I was grappling and struggling with the idea of giving up cheese and milk chocolate. Storebought desserts were a no-no now, and so too were scrambled eggs. But it never hit me that it would also impact the beverages I drink.

Did you know that Sunkist Orange wasn’t vegan? I didn’t. But, having been a vegan for more than 18 months now, I’ve realised that there is a larger issue with drinks and veganism. Cocktail bar menus don’t typically have vegan labelling — or vegan inclusivity, for that matter.

Of course, sours (with their use of egg whites), white Russians and Irish coffees (with the shaken and whipped cream, respectively) are the most obvious cocktails vegans can’t traditionally drink. But Bloody Marys are typically non-vegan too, and so are any drinks with honey. And all that’s before taking into account whether the alcohol used is vegan.

While most spirits are vegan, some bars wash their liquor with non-vegan ingredients to infuse a specific flavour — peanut butter-washed whiskey sounds great, bacon-washed vodka? Not everybody’s cup of tea.

The problem generally isn’t with hard liquors, though — it’s beers and wines that can have animal-derived origins. It’s not the ingredients present, but more to do with the processing of these products. Isinglass, gelatin, casein, chitin, honey and albumin are all animal products, and they’re used in different ways in the manufacturing of beer and wine.

Read our guide to non-vegan ingredients in beer, and brands that are vegan.

However, an increasing number of cocktail bars are including information on whether their wine is vegan. Considering that the alcohol is vegan, it’s the non-alcoholic ingredients that render cocktails unsuitable for a plant-based diet.

A post shared by The Spread Eagle London (@thespreadeaglelondon)

Do bars have discussions about vegan inclusivity when designing cocktail menus? “Not in any bars I’ve worked in,” says Spike Northcott, a London-based bartender. “But that doesn’t mean it doesn’t happen. For example, places like Mildreds probably have conversations like that.”

When it comes to labelling, most cocktail bar menus don’t tag a drink as vegan or non-vegan. “I guess it just comes down to the fact that most cocktail menus will have the majority of its ingredients underneath the header,” explains Northcott. “Unless it’s a seriously vegan restaurant, a lot of places don’t see the need for it, because they assume people have the common sense that if they’re vegan, they’re not going to order a white Russian or whiskey sour.”

He adds that he hasn’t had a customer ask for a vegan swap-out in their cocktails, reiterating that people are usually informed by the ingredients list.

But it’s the non-traditional cocktails, where components like foam and caramel are involved, that result in confusion. These could be vegan or non-vegan, and it’s where labels are needed. Yes, you could simply just ask the staff — but you could say the same about food too? Why need a label when you could just enquire? It’s all about efficiency and ease, for both the staff and consumers. 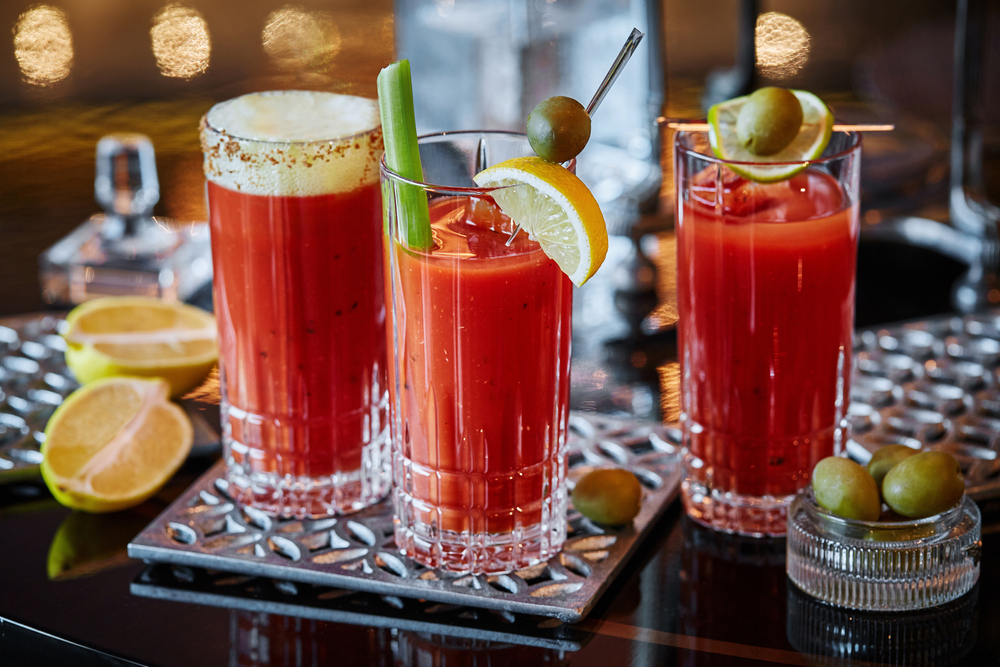 Whiskey sours, gin fizzes, clover clubs, white Russian, Bloody Marys. These are some cocktails that use animal products. Northcott says you could sub the cream in white Russians with almond milk or a plant-based cream alternative.

Bloody Marys are frustrating because of a single ingredient — Worcestershire sauce. Many places choose to simply omit them when asked for a plant-based version, but vegan Worcestershire sauce is widely available now. If it isn’t cost-effective, simple swaps like a mix of soy sauce and ketchup work really well in Bloody Marys, and bars should be able to offer that. Veganism isn’t about restricting and removing, it’s about replacing and adapting.

Northcott explains that there is a simpler substitution for egg whites: “You could use flavourless aquafaba instead of egg whites in sours. it works to get that froth up quite nicely.”

But he adds: “It would work in sours, but might not work in something that’s lighter in flavour, like a clover club, for example.”

The other common non-vegan ingredient found in cocktails is honey. Northcott says it’s interchangeable with agave in most drinks: “Agave is relatively flavourless, sweet, nice and thick, like honey; it’s a good swap. That said, ethically speaking, agave is just as bad as honey. Yeah, honey comes from bees and thus it’s not vegan. But agave ruins habitats for various kinds of beetles and bats.”

As for maple syrup, it works very well in certain cocktails, but its strong notes can change the flavour of the cocktail completely.

“There are, of course, certain cocktails that have a very honey-like flavour, where I would say it’s not right to change the honey out,” adds Northcott. 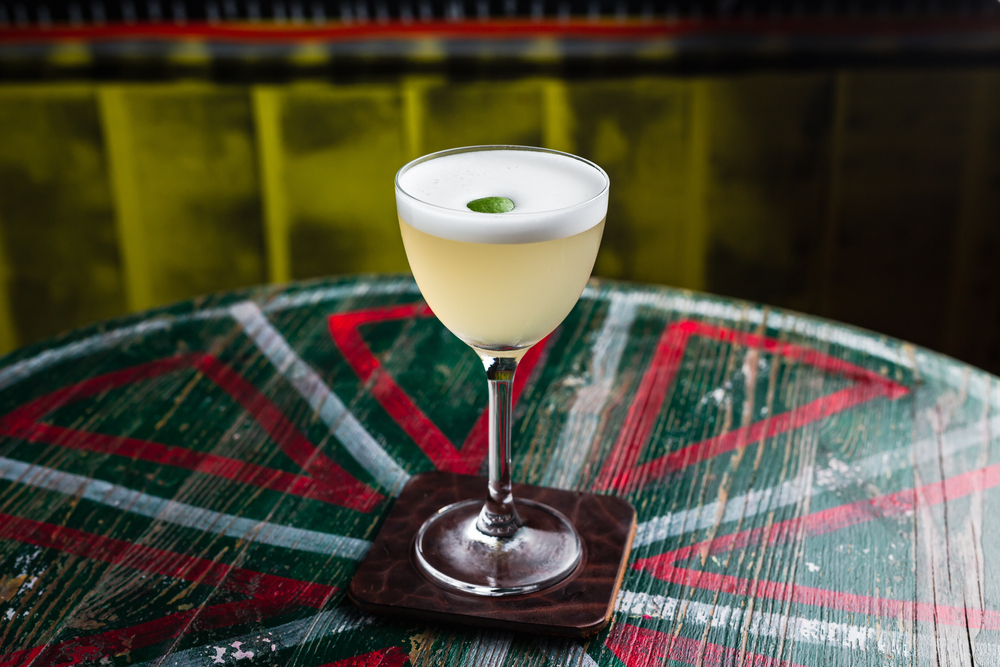 A never-ending argument against veganism is that it’s expensive. When it comes to sustenance on a plant-based diet, it doesn’t have to be. But swapping traditional dairy and honey with vegan alternatives can still be slightly costly for businesses. While price parity is a goal brands are slowly working towards, for now, plant-based substitutes are generally pricier.

Northcott describes his outlook: “Like with anything, it’s a niche that can be exploited. And thus: ‘Hey, you don’t eat what everybody else eats. You can pay a premium!’ Which is why you can get a three-litre bottle of milk for £1.50, but if you want a bottle of soy milk, it can be £1.50 for a litre.”

This is why cocktail bars are pushed to be creative — coming up with cheaper alternatives that cater to vegans is tricky. However,  there’s one substitution that is much more cost-effective than its non-vegan counterpart: aquafaba. “That would cut costs down considerably [compared to eggwhites],” acknowledges Northcott.

A can of chickpeas would render enough aquafaba to substitute four to six egg whites, and it’s much cheaper. “But you’re also left with a lot of chickpeas,” notes Northcott, adding that unless your bar has a kitchen that uses them, it can contribute to a lot of waste.

Nevertheless, some cocktail bars are getting ahead of the curve, using aquafaba as a default ingredient in sours, automatically making them vegan-friendly. What’s needed now is a wider recognition of the lifestyle, and slightly more creative ways to incorporate it.

Anay Mridul
Anay is journalism graduate from City, University of London, he was a barista for three years, and never shuts up about coffee. He's passionate about coffee, plant-based milk, cooking, eating, veganism, writing about all that, profiling people, and the Oxford Comma. Originally from India, he went vegan in 2020, after attempting (and failing) Veganuary. He believes being environmentally conscious is a basic responsibility, and veganism is the best thing you can do to battle climate change. He gets lost at Whole Foods sometimes.
Previous articleCould a future Mars colony be fully vegan?
Next articleLandmark report proposes plans for a fully plant-based food system in the UK