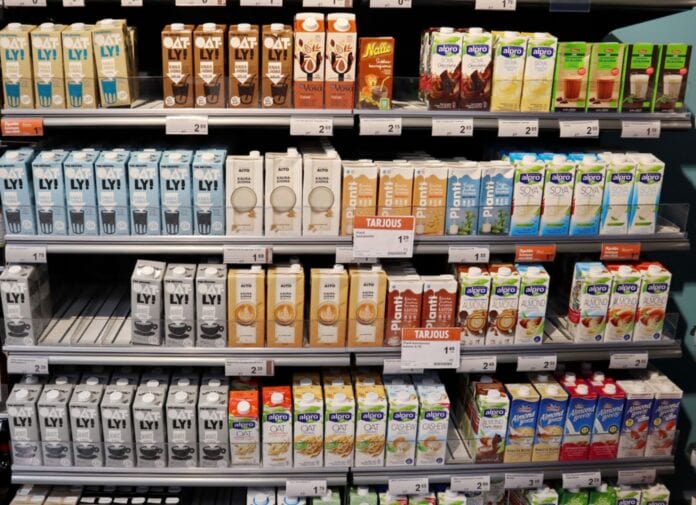 Plant-based milk showed strong growth in the US retail sector, as oat milk saw a massive rise to edge past soy and became the second-most popular alt-milk.

Plant-based milk retail sales in the US rose 17% in the last year to $2.36 billion, with oat passing soy as the second-largest dairy alternative in the country behind almond milk, according to the latest data by SPINS.

The data also showed that rice milk, at $45 million, was the fifth most popular dairy alternative, just above pea milk, which has $43 million in sales.

There was a time when it was the market leader with over $1 billion in sales, but soy milk — often labelled the original alt-milk — has seen a gradual decline over the last decade, as almond and then oat took shelves by storm.

Smaller nut milks like walnut and pecan were also down in sales, while cashew and flax milk saw a rise in refrigerated sales but a decline in shelf-stable purchases. Even smaller categories — seed blends, nut blends and macadamia milk, have shown strong growths.

Even in the UK, oat milk has seen a massive rise in sales, with 113% growth in Waitrose alone in the last year. Oatly — the world’s leading oat milk maker — is now worth $2 billion, courtesy of a controversial $200 million investment from Blackstone. And now, reports suggest the Swedish company is considering an IPO in 2021, which could take its value to $5 billion.