‘Nothing personal’: Oatly responds to backlash over Glebe Farm lawsuit 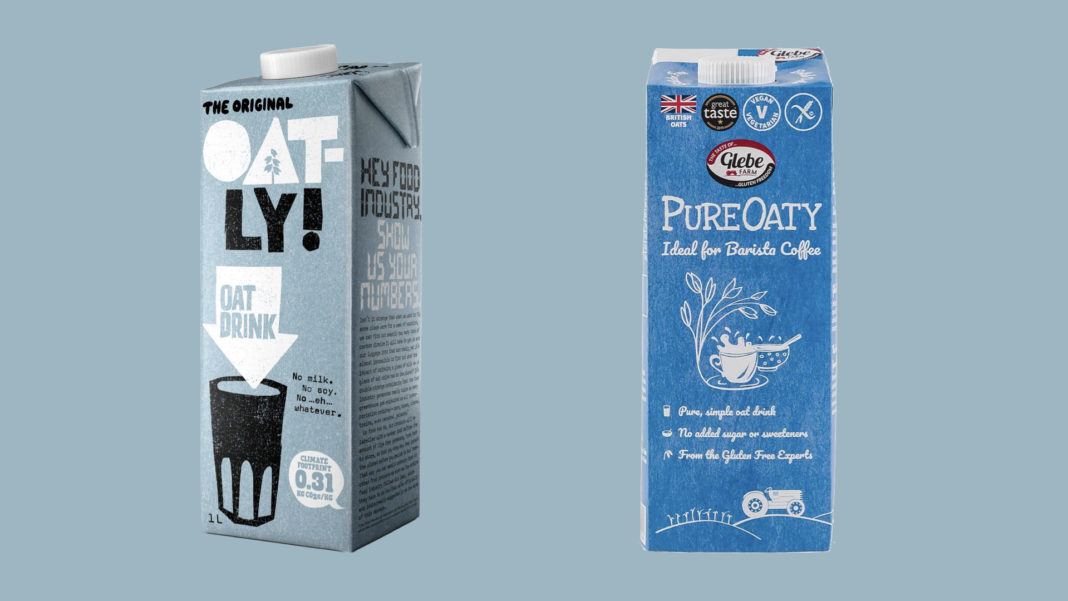 Exclusive: Oatly speaks out about accusations of hypocrisy following its PureOaty lawsuit, while Glebe Farm says it won’t back down.

Oatly has responded to criticism of its ongoing trademark infringement lawsuit against Glebe Farm’s PureOaty milk, arguing that it can’t “pick and choose” its fights.

In an email statement sent to The Vegan Review, the Swedish oat milk giant, which is now worth $10 billion, said it would love for Glebe Farm to continue selling its oat milk, PureOaty, but the case is about the similarity in branding.

“Oatly will welcome anyone that accompanies us in the movement towards a more plant-based and sustainable diet globally. However, we don’t want anyone associating themselves with us without our consent,” Linda Nordgren, Oatly’s communications manager, told The Vegan Review.

“This is the first time a product in the UK is called ‘Oaty’, which is too close to Oatly,” she added. “Trademark protection works like this: we have to take every fight. We can’t pick and choose. If we don’t, that would be like us saying it’s okay for others, including Big Milk, to also use similar branding and the name ‘Oaty’.”

Oatly told the BBC that it contacted Glebe Farm about the infringement in early 2020 but did not receive a “constructive response”. The PureOaty maker, in turn, argued that the name of the oat milk is a reference to the purity of the product.

The two-day hearing ended last week and a decision is expected to be made by July 23. Oatly said it is limited in what it can discuss as the court case is ongoing but has made the case documents public.

The documents reveal that, apart from the alleged likeness in the name and blue packaging, Oatly believes the PureOaty tagline, “Ideal for professional coffee”, is a result of the success of Oatly Barista. The Swedish brand added that the use of the term “Shake me” next to the cap is similar to the packaging of its oat milk.

In its defence, Glebe Farm stated that the combination of the words “pure” and “oaty” helps describe the product’s features and is a play on “purity”. It also argued that shaking is a common instruction for plant-based milk. The Cambridgeshire-based farm added that brands like Alpro and Rude Health also use the word “Barista” on some of their products, which Oatly believes also stems from the success of its barista edition milk.

While Rude Health declined to comment, Alpro’s general counsel Ann De Jaeger said: “We welcome new competition [and] we’re happy to be ‘frenemies’ on the plant-based journey, as long as we continue to defend what this category and our brand, which we’ve built over the past 40 years, stands for.” 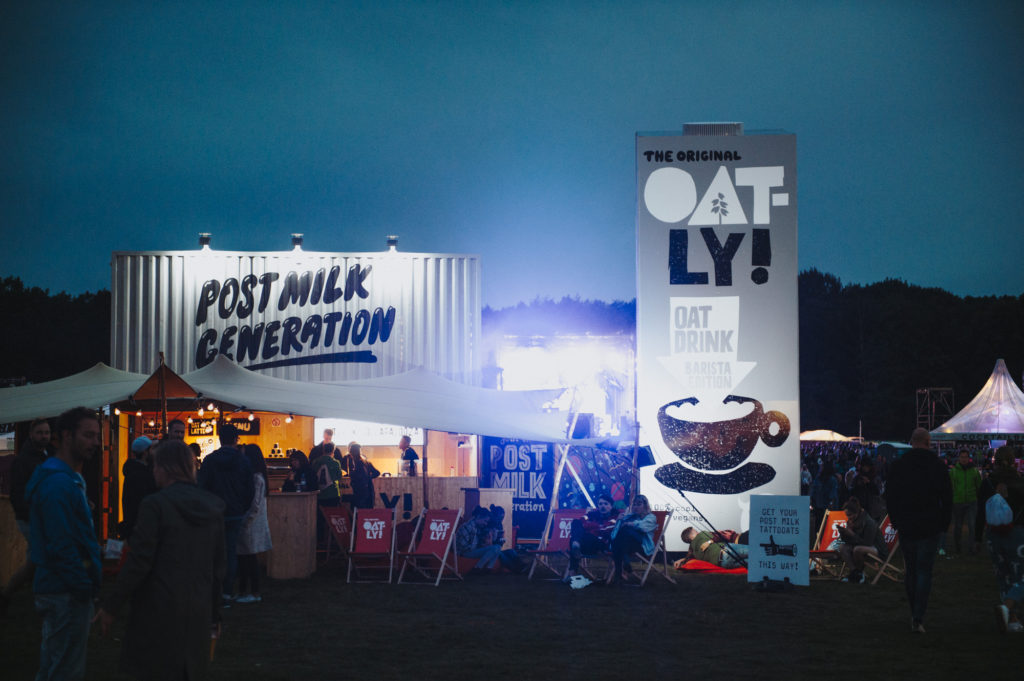 Speaking about the lawsuit, Nordgren said: “Thanks to an impartial legal system, this can be decided from case to case so that each company can take the next step accordingly. It’s nothing personal, strange or new.”

In a statement to The Vegan Review, Glebe Farm owner Philip Rayner responded: “The cost of legal representation is clearly a considerable burden for an independent family farm such as ours. To be completely transparent for any reader who may regard this as a simple win-lose scenario: even if we are found to be in the right, Glebe Farm will be unable to recoup the majority of its costs.”

But Nordgren said Oatly had no interest in causing Glebe Farm any economic damage, referring to when it reached out for dialogue in 2020: “When that invite was turned down, we intentionally chose the IPEC court because it has limited cost coverage.”

She added that the oat milk giant does not want to cause Glebe Farm any unnecessary product waste, as that would be an unsustainable act: “We have no interest in any already produced products or packaging to be scrapped. This court case has nothing to do with anything but us protecting our intellectual property — something we’ve always done and is a common practice in all industries.”

In February, Oatly launched a campaign to fight the European Parliament’s proposed ban on labelling and packaging of plant-based dairy products. “Are you stupid? The milk lobby thinks you are,” the brand said.

This was a month after the Swedish oat milk giant joined other organisations in a petition to stop Amendment 171, which was eventually voted against in May.

Oatly was widely acclaimed for taking a bold stand against the dairy industry, but now, it’s being accused of hypocrisy with the Glebe Farm lawsuit. There have been parallels drawn between the brand’s petition against big dairy and its action against PureOaty, with some likening the backlash to its controversial investment from a Blackstone-led group in July 2020. But Oatly’s outlook is different.

Critics have also highlighted the fact that this is an industry giant taking an independent brand to court. “Even if we wanted to, we can’t make exceptions based on the size of the company or their ownership structure,” Nordgren countered. “If we let a smaller player pass, the big players, like a dairy company, will be free to use similar branding and the name ‘Oaty’, [which is] too close to ‘Oatly’ to us.”

Read our exclusive interview with the activist who began tweeting about the Oatly investment and boycott.

Nordgren reiterated that the lawsuit is not about Oatly wanting to stop Glebe Farm from producing or selling oat milk or other plant-based dairy products. “In fact, we’d love for them to continue doing so. We just think it would be best for everyone if they can do that with their own unique brand name.”

She continued: “’Oaty’ is too close in likeness to ‘Oatly’, and we just don’t want that name to be fair game to everyone. Our uniqueness is part of our strength when driving the plant-based movement, so our brand is something we always have and always will protect.”

Rayner acknowledged that Glebe Farm is restricted in discussing case specifics, but added: “Some small companies would be compelled to back down in the face of an accusation of this type by a larger business, but we were determined to stand up against it because we feel certain we have not done anything wrong.”

Anay Mridul
Anay is journalism graduate from City, University of London, he was a barista for three years, and never shuts up about coffee. He's passionate about coffee, plant-based milk, cooking, eating, veganism, writing about all that, profiling people, and the Oxford Comma. Originally from India, he went vegan in 2020, after attempting (and failing) Veganuary. He believes being environmentally conscious is a basic responsibility, and veganism is the best thing you can do to battle climate change. He gets lost at Whole Foods sometimes.
Previous articleHow to get enough omega-3 as a vegan — plus the best sources
Next articleTom Kerridge criticised for ‘parodying’ plant-based food with new restaurant Bad Vegan