Oatly confidentially files for IPO in the US 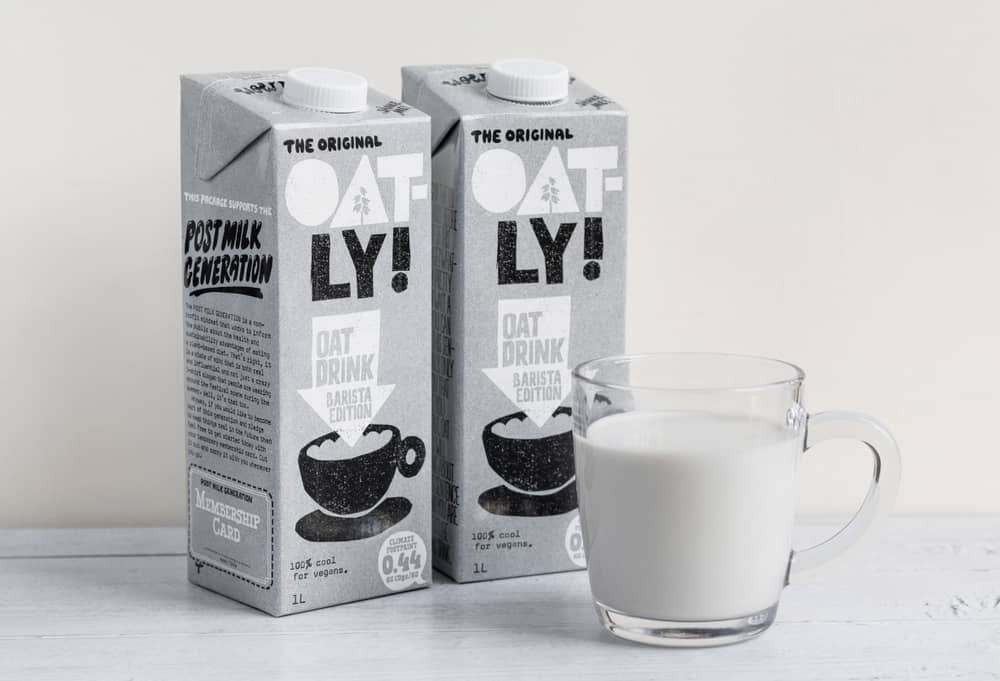 The oat milk giant announced yesterday that the brand had confidentially filed for an IPO with the US Securities and Exchange Commission.

Oatly has filed for a proposed initial public offering with the US Securities and Exchange Commissions, in a move forecast by experts months ago.

While the official numbers of shares and price range have not been determined, Reuters reported that insiders said it could be valued at more than $5 billion, and possibly up to $10 billion.

The company reached a $2 billion evaluation last year after a $200 million investment from a group including Oprah Winfrey, Natalie Portman, Howard Schultz and, controversially, Blackstone.

The latter is owned by Stephen Schwarzman, who has ties with former US president Donald Trump, and the group is linked to deforestation in the Amazon rainforest. The brand publicly defended the funding in a statement, explaining that being backed by the investment group could help drive more large investors to fund green and sustainable brands. This led to many consumers boycotting Oatly products.

Read our exclusive story on the Oatly boycott.

Earlier this month, Oatly became a talking point after an unorthodox 30-second commercial spot in the Super Bowl, with its CEO Toni Petersson singing ‘Wow, no cow’ in an oat field.

Based in Malmö and operating in 20 countries, it is the world’s largest oat milk company, whose product range includes oat milk, creamers, custards, yoghurts and ice creams. The IPO for Oatly comes as the sector has undergone massive growth in terms of demand and consumption, with oat milk overtaking soy milk as the second most popular plant-based milk in the US market in 2020.

“The initial public offering is expected to take place after the SEC completes its review process, subject to market and other conditions,” the company said in a press release.

Read our in-depth review of the best oat milk brands in the UK.

Anay Mridul
Anay is journalism graduate from City, University of London, he was a barista for three years, and never shuts up about coffee. He's passionate about coffee, plant-based milk, cooking, eating, veganism, writing about all that, profiling people, and the Oxford Comma. Originally from India, he went vegan in 2020, after attempting (and failing) Veganuary. He believes being environmentally conscious is a basic responsibility, and veganism is the best thing you can do to battle climate change. He gets lost at Whole Foods sometimes.
Previous articleThe importance of community as a vegan
Next articleNGO coalition pens open letter against plant-based dairy labelling ban