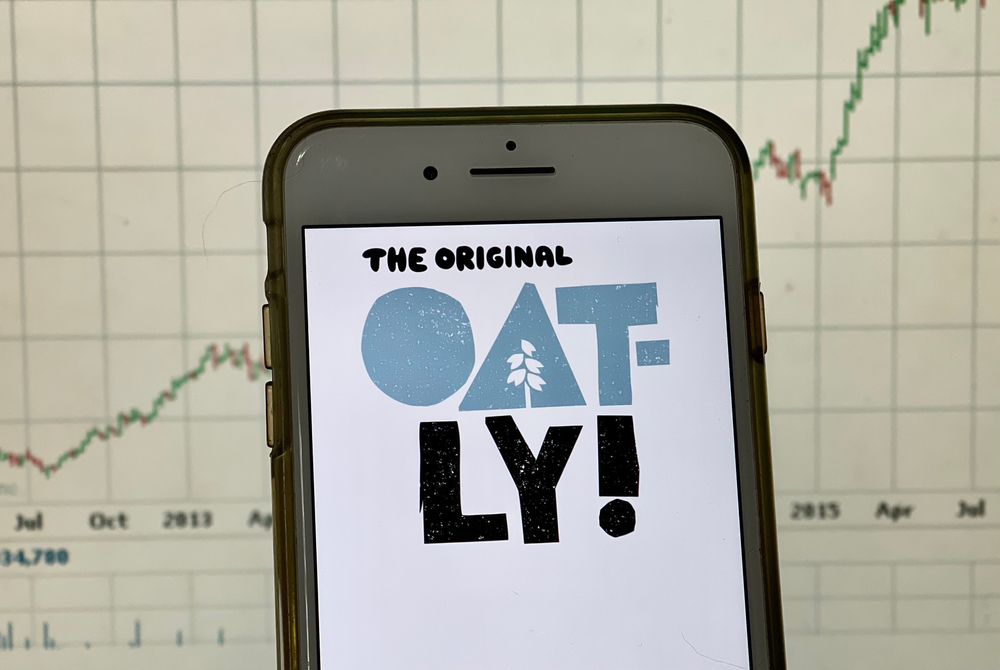 Oatly is set to go public today with its initial public offering on the Nasdaq Global Select Market, which values it at $10 billion.

Oatly will become the first plant-based company to go public this year as it launches its initial public offering today.

The Swedish oat milk giant has been working on its IPO for more than a year, and confidentially filed for an IPO in February. On Wednesday, it raised $1.4 billion. With a total of 84.4 million shares offered at $17 per American depositary share (ADS), the top of its $15 to $17 range, Oatly is valued at $10 billion.

Morgan Stanley, JP Morgan and Credit Suisse are acting as the lead book-running managers for Oatly’s offering. The oat milk brand is offering 65 million of the shares, while the remaining 19 million come from certain selling shareholders. The ADSs will begin trading today in the Nasdaq Global Select Market “OTLY”.

This marks another milestone for the plant-based milk company, which controversially raised $200 million last year from a group that included Oprah Winfrey, Howard Schultz, Natalie Portman and the investment firm Blackstone, whose CEO Stephen Schwarzman has links to Donald Trump. That investment led to Oatly reaching a value of $2 billion.

Since then, as the backlash has died down, Oatly has gone from strength to strength, with a much-talked-about Super Bowl ad and the announcement of its first oat milk production facility, one of the largest of its kind globally, in the UK.

The highly-anticipated IPO comes as Oatly and other plant-based companies make gains in an increasingly popular market. The Good Food Institute reported that alt-milk was the biggest plant-based food category in the US, with year-on-year sales growing by 20% to $2.5 billion. Oat milk itself is now the second-most popular and fastest-growing milk alternative in the US, just behind almond milk. The Covid-19 pandemic marked a shift to reduced meat consumption and more plant-based eating for many around the world.

Oatly’s IPO is scheduled to close on May 24, subject to the satisfaction of the customary closing conditions.

Read our exclusive story about the Oatly boycott as the activist who brought the issue to light speaks out.

Anay Mridul
Anay is journalism graduate from City, University of London, he was a barista for three years, and never shuts up about coffee. He's passionate about coffee, plant-based milk, cooking, eating, veganism, writing about all that, profiling people, and the Oxford Comma. Originally from India, he went vegan in 2020, after attempting (and failing) Veganuary. He believes being environmentally conscious is a basic responsibility, and veganism is the best thing you can do to battle climate change. He gets lost at Whole Foods sometimes.
Previous articleWhy do people get angry towards vegans?
Next articleUK best country for vegan dating, according to app Veggly