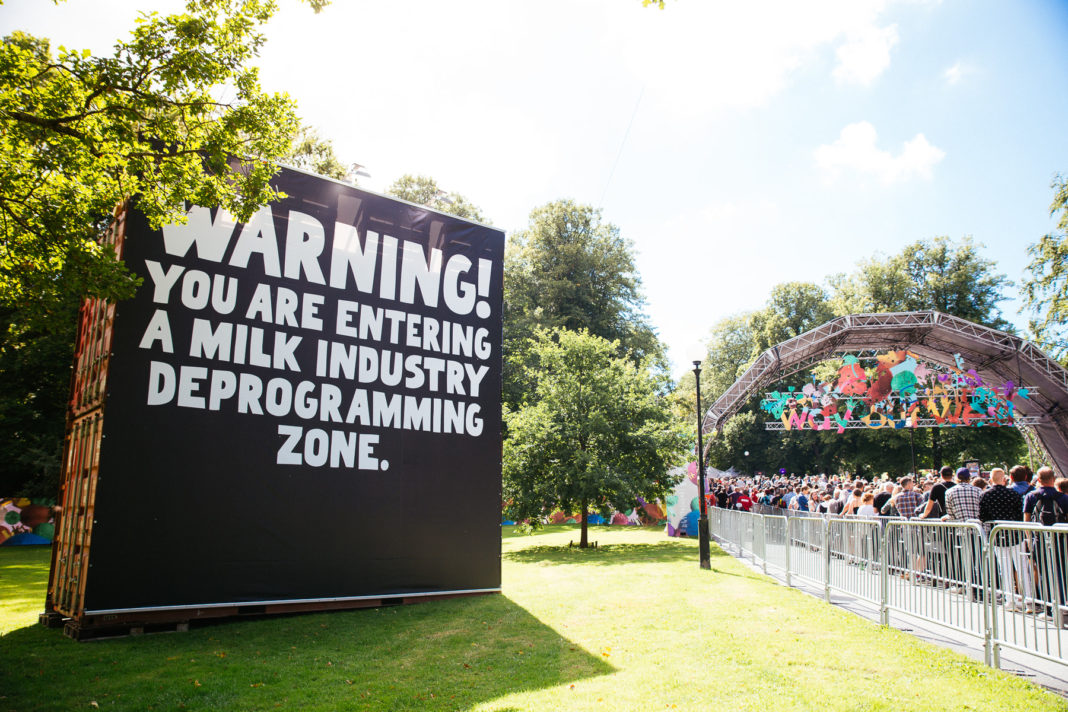 Oatly has rejected accusations by activist short seller Spruce Point Capital Management, which claimed the Swedish brand has overstated its revenue and is greenwashing consumers.

Swedish oat milk giant Oatly, whose share price dropped to its lowest since its debut in May, has called activist short seller Spruce Point Capital Management’s claims “false and misleading” after it was accused of manipulating facts in its prospectus and a recent investor presentation.

Spruce Point claims that Oatly has been giving a misleading impression of its green credentials, a practice known as greenwashing, and putting its expansion ahead of its sustainability mission.

Oatly’s shares saw a sharp drop on Wednesday, hitting an all-time low of $19.84 per share. New York-based Spruce Point’s report reads: “While investors are enamored with its sales growth in the plant-based food fad, and its commitment to ESG practices, we believe they should be focused on its loss of market share in Sweden and the US, minimal barriers to entry, lack of competitive advantages, rising commodity input costs, and supply challenges created partly through poorly planned production facilities. As such, we believe Oatly will sorely disappoint investors and will never achieve profitability.”

It claims that Oatly, which is valued at $12.5 billion, “cherry-picked” data to make its sustainability credentials look more favourable. It says the company’s June 2021 presentation uses data based on a 2013 study that was updated three years later, but it does not include the impact of the brand’s expansion into Asia or in the US.

In terms of financials, Spruce Point says Oatly has overstated its revenue and margins, pointing to the June presentation that estimated its 2018 US revenue at $18 million. The short seller adds that the measurement firm Nielsen and Swedish magazine Umgas reported the brand’s net US sales to be $6 million instead.

“We observe periods of large divergence in revenue and accounts receivable growth rates at Oatly. This is a classic sign of potential accounting shenanigans and is often cited as a top red flag to predict accounting scandals,” the report reads. “This could suggest Oatly is loosening credit terms to lower quality customers.”

Oatly, however, has firmly rejected these accusations. In a statement sent to The Vegan Review, its communication manager Linda Nordgren said: “We are aware that a short seller is making false and misleading claims regarding Oatly. This short seller stands to financially benefit from a decline in Oatly’s stock price caused by these false reports. We reject all these false claims by the short seller and stand behind all activities and financial reporting.

Anay Mridul
Anay is journalism graduate from City, University of London, he was a barista for three years, and never shuts up about coffee. He's passionate about coffee, plant-based milk, cooking, eating, veganism, writing about all that, profiling people, and the Oxford Comma. Originally from India, he went vegan in 2020, after attempting (and failing) Veganuary. He believes being environmentally conscious is a basic responsibility, and veganism is the best thing you can do to battle climate change. He gets lost at Whole Foods sometimes.
Previous article30% less meat consumption and tackling climate change key in UK’s National Food Strategy
Next articleThe for-profit charity: ending hunger with transparency and vegan food