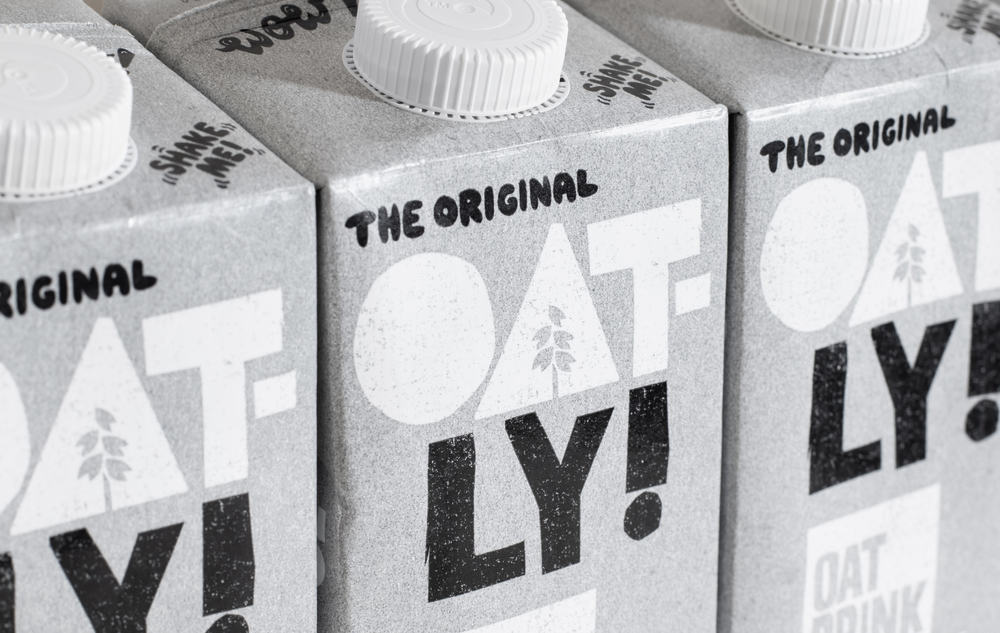 Oatly is building its first manufacturing plant in the UK. Planned to open in 2023, it will be one of the world’s largest plant-based milk factories.

Swedish alt-milk giant Oatly has announced its plans to open one of the world’s biggest factories for plant-based milk in East Anglia, Peterborough. It will be the company’s first UK factory, as it seeks to meet soaring demand.

The Mälmo-based brand’s new factory will source oats locally and supply to the British market. It says the UK facility is part of a wider initiative to build “factories fit for the future”, with efficient resource utilisation and minimal negative impact on the planet.

Sales of alt-milk in the UK have risen by 16% to £278 million in the last year, according to Nielsen data reported by the Guardian. Oat milk itself has seen a doubling of its sales with £73 million. Last month, Oatly announced its plans for an IPO that could take its value to $10 billion (£7.1 billion).

The brand says the health and safety of workers will be priroitised and all policies will adhere to Oatly’s global standards. Ishen Paran, Oatly UK’s general manager, said: “Questions about a potential UK factory have been circulating for a while… The UK is a really important driver of the global plant-based movement, with a growing demand for Oatly across the country, and we’re excited to supply this increased demand.”

Chief supply chain officer Johan Rabe added: “We look forward to supplying the UK with more oat drink — we’re even more excited to do it in a sustainable way. Like everything we do at Oatly, we’ve ensured that sustainability is core to our factory planning. Everything, from the sourcing of our oats, to the production of our product range specifically designed for humans, has sustainability at the heart of it. Even as we strive to grow one of the biggest plant-based dairy factories to its full capacity, this will still be our top priority.”

Read how Oatly is working with other plant-based organisations to petition the EU about plant-based milk labelling.

Anay Mridul
Anay is journalism graduate from City, University of London, he was a barista for three years, and never shuts up about coffee. He's passionate about coffee, plant-based milk, cooking, eating, veganism, writing about all that, profiling people, and the Oxford Comma. Originally from India, he went vegan in 2020, after attempting (and failing) Veganuary. He believes being environmentally conscious is a basic responsibility, and veganism is the best thing you can do to battle climate change. He gets lost at Whole Foods sometimes.
Previous articleVegan travel isn’t straightforward, but support can go a long way
Next articleThe dark side to entertainment: the problems with zoos, aquariums and circuses