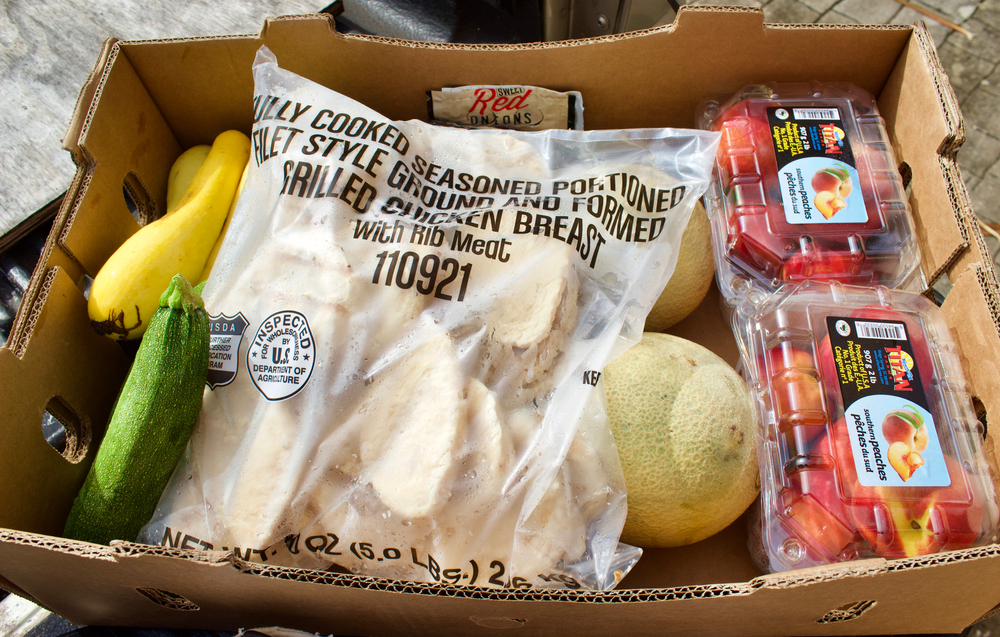 Established in 2017, Stop Food Waste Day 2021 occurs today, April 28. According to food charity WRAP, the average British family wastes £700 worth of food per year. Globally, the FAO reports, one-third of all food produced is wasted.

OLIO, which was founded in 2015 by Tessa Clarke and Saasha Celestial-One, is a food sharing app that helps tackle waste by allowing its users to give away surplus food for free. Clarke says cutting down on food waste saves money and can build stronger local communities too.

She shares her suggestions to help tackle the problem: “Shop with a list that corresponds to the meals you’ve planned that week. Planning your meals means you’re much less likely to waste food, plus it saves money too.

“Shop for one less meal than you need each week and always have one cupboard meal as a go-to,” she adds. “Have an ‘eat me soon’ shelf in your fridge so perishable items don’t get forgotten.”

Apart from strong your food correctly and serving smaller portions, she says knowing the difference between use-by and best-before dates as well as making the freezer your friend are important and useful tools to manage food waste. She also suggests collecting takeaway and Tupperware containers to always have something to store food in.

“If you’ve made too much food, make sure to save your leftovers for another day. Leftovers can be surprisingly delicious as the flavours tend to develop after marinating for a day or two,” adds Clarke. “If all else fails, then do make sure to share your spare with a neighbour via the OLIO app.”

OLIO has also identified local Food Waste Heroes, who pick up unused supplies from businesses and share it on the app, and have also helped feed their communities during lockdown. One of them is Nicky Wilson from Chester, who says even the family cat has benefitted from the food sharing app. “I signed up originally as I was becoming more aware of food waste and environmental issues as my son was getting older and more plugged into these things,” says the 38-year-old.

“I’ve distributed food amongst everyone from neighbours, retirement homes residents, firefighters and paramedics,” she says. “My most memorable collection was when I had to do four separate trips from the supermarket store to the car as there was so much food. Even after completing everyone’s requests, I still had food leftover. So I took a huge bag of baguettes, sandwiches, salads and pastries to the local fire station and ambulance station.”

52-year-old Petko Petkoff, from Brentford, said he started to help others when his finance job slowed down due to the pandemic. Since March, he has been working 12-hour days, often seven days a week, delivering over 4,000kg food to those in need throughout London.

He highlights Clarke’s point about community building, reflecting on the time he stopped distributing food for seven days due to work commitments. “All these kitchen [staff] who were used to seeing me at least twice a day suddenly stopped seeing me,” he recalls. And within days, people began checking in over text messages to see if he was okay.

It’s those community sentiments, money-saving efforts, and sustainable and environmental concerns that make tackling food waste such an important issue. And on Stop Food Waste Day 2021, that’s exactly what apps like OLIO are trying to do.

Read our interview with Tessa Clarke about the idea behind OLIO.

Anay Mridul
Anay is journalism graduate from City, University of London, he was a barista for three years, and never shuts up about coffee. He's passionate about coffee, plant-based milk, cooking, eating, veganism, writing about all that, profiling people, and the Oxford Comma. Originally from India, he went vegan in 2020, after attempting (and failing) Veganuary. He believes being environmentally conscious is a basic responsibility, and veganism is the best thing you can do to battle climate change. He gets lost at Whole Foods sometimes.
Previous articleBlack Vegans Unite: advancing education and health for Black communities
Next articleA fully vegan world: hope, fantasy or possibility?