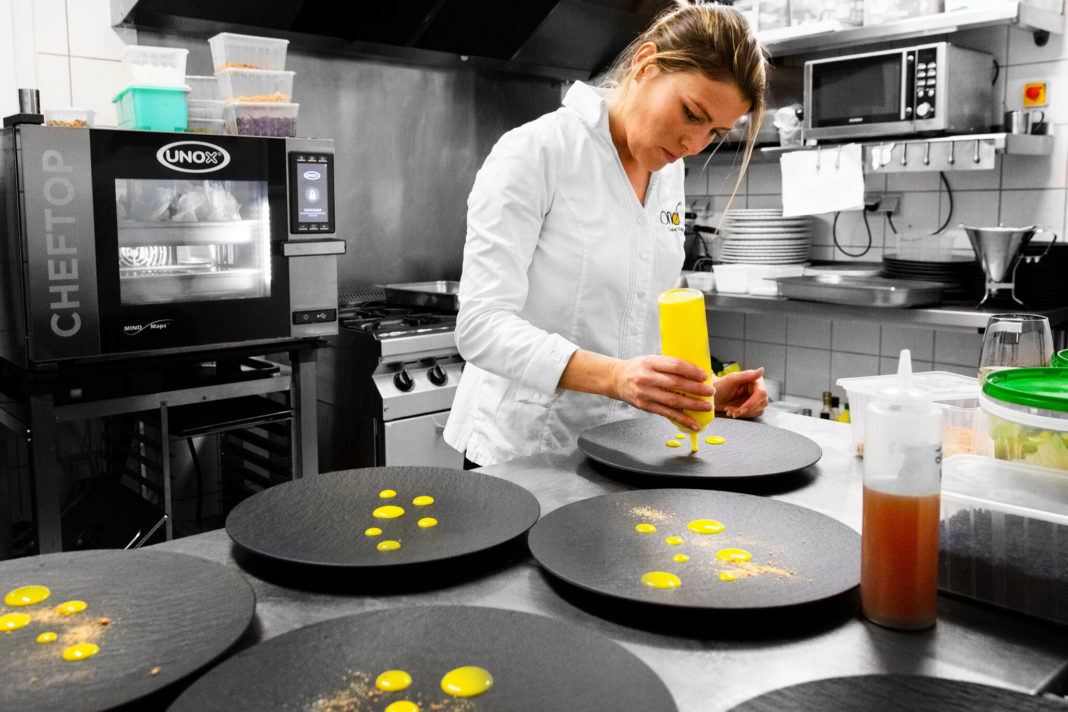 Claire Vallée’s ONA became the first vegan restaurant in France to be awarded a Michelin star in the latest edition of the guide published this week.

French restaurant ONA, which stands for Origine Non Animale, became the first vegan eatery in the country to earn a Michelin star.

Situated in Ares, a city near Bordeaux in southwest France, ONA is run by chef Claire Vallée. It launched in 2016 after a crowdfunding campaign and a loan from a green bank. Five years on, it has been awarded its first Michelin star, featuring in the organisation’s latest French guide published on Monday.

Michelin has awarded stars to vegan and vegetarian restaurants around the world previously, including Fu He Hui in Shanghai and Tian in Vienna, but this is the first time a restaurant in France, the organisation’s home country, has received one.

Vallée, 41, is a former archaeologist who turned vegan after a trip to Thailand. ONA has also won a green star, in addition to this week’s award, which Michelin introduced last year for ethical businesses. Reflecting on the moment she got a call by the Michelin guide, she told AFP: “It felt like I got hit by a train.”

Read our story about how Thailand is a vegan paradise.

She added that she initially struggled to get funding via traditional banks: “They said the outlook for veganism and plant-based food was too uncertain.” But eventually, she gained investment through La Nef, a bank specialising in lending to ethical businesses. The vegan chef initially wondered “whether we were good enough because vegetable-based cooking is difficult and innovative”, but is now enjoying her job.

ONA has a seven-dish gourmet menu, which includes combinations of pine, boletus mushroom and sake, and celery, tonka and amber ale. It’s currently closed due to the pandemic.

In an Instagram post, she expressed her gratitude to supporters, crowd funders and food media. “It is because you believed in me, in this crazy bet beyond my doubts, my anxieties, my fears, but also thanks to our common work throughout these last four years that today we obtained our first star in the Michelin guide,” she wrote.

Considered a pioneer of vegan cuisine in France, she added: “We will continue on this path because this star is mine, it is yours, it is that of the impossible, it is the one that definitively brings plant-based gastronomy into the closed circle of French and global gastronomy.”

Anay Mridul
Anay is journalism graduate from City, University of London, he was a barista for three years, and never shuts up about coffee. He's passionate about coffee, plant-based milk, cooking, eating, veganism, writing about all that, profiling people, and the Oxford Comma. Originally from India, he went vegan in 2020, after attempting (and failing) Veganuary. He believes being environmentally conscious is a basic responsibility, and veganism is the best thing you can do to battle climate change. He gets lost at Whole Foods sometimes.
Previous articleArt and animal cruelty: the strange origins of pigments
Next articleCultivo: Investing in nature to cultivate a better world