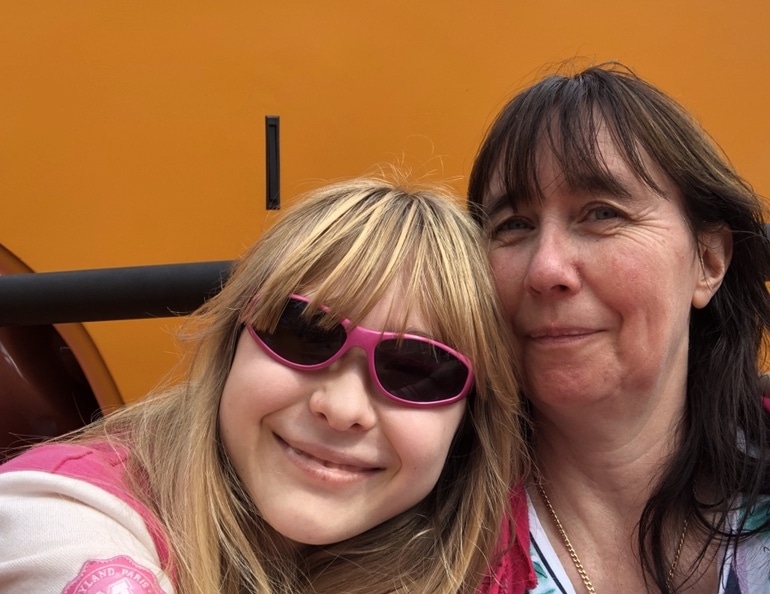 Angharad Rhodes, known as Melody, was born with a condition that affects one in a million annual births. Cast as a visually impaired character, she hopes to teach and inspire children worldwide about the importance of veganism.

Angharad Rhodes and her mother, Lynda, beam at me through the Zoom screen as I ask them whether they’re ready for Christmas 2020. While the family is in a level-four lockdown in their living room in Anglesey Wales, there is no denying their excitement for the holidays.

“Seitan roast, vegan turkey crown and nut roast,” lists Lynda, as I ask what’s on their menu for this year’s dinner. While Angharad’s condition means she cannot cook alone, she is always keen to help her mother in the kitchen. The family particularly enjoys cookies and cakes, as Lynda highlights the importance of treating yourself every once in a while. “Especially after a year like this,” she says, smiling.

Angharad, a 17-year-old Cbeebies star, who has done four radio programmes, two live shows, a day-in-the-life and has presented on Cbeebies, plays the main character in a television programme with animation entitled Melody. The show was designed with disabled children at heart and depicts the everyday life of Melody, a visually impaired teenage girl.

Cast at age 11, Angharad was called on because of her visual impairment. Two years later, she was diagnosed with a rare condition called Oculofaciocardiodental syndrome (OFCD), which affects her eyes, facial features, heart and teeth. She was born with cataracts in both eyes, which makes both her eyes abnormally small. It was because of her condition that she decided to launch her YouTube channel, Angharad’s Life, this year too.

Covid-19 put millions across the world at risk. Angharad Rhodes, who has a condition that affects only one in a million births a year, had to shield too. After undergoing a cornea transplant four years ago too, she is in an even higher risk category. On her YouTube channel, the 17-year-old posts vlogs, vegan cooking recipes and reviews of an array of vegan lifestyle boxes.

Angharad and her mother Lynda have been vegan over five years, primarily for animal rights. Angharad’s father Ian also recently transitioned, after trying Veganuary 2020. The family were plant-based a lot longer than they say, but never specifically labelled themselves that way. Today, they have branched out within the vegan community, and look up to the likes of Joey Carbstrong and Those Vegan Guys for inspiration. Mum Lynda hasn’t eaten meat since she was 16, but tells me Angharad was the one who made the decision to stop eating meat herself.

Judgement towards the Rhodes family never came from the fact that they are vegan, although some people have questioned whether Angharad’s condition is linked to her diet. But Lynda explains that once you sit people down and tell them about how OFCD is genetic, they often don’t push further.

“A lot of the heartache I had was when she was born. People didn’t know how to talk to me so they would cross the street,” Lynda recalls. “They thought she was asleep because her eyes were small. I ended up not going out a lot. Even my son got picked on in school — people said his sister was a ‘freak’.”

Angharad embraces her condition. “I’m unique,” she says, her eyes sparkling. The 17-year-old has big dreams for the future. “I’d love to continue to be an actress.” She adds that there are no downsides to life in the spotlight, there really are only ups. “Every time I meet someone new, I feel happy, because I’ve made someone else happy through them watching my programme.” 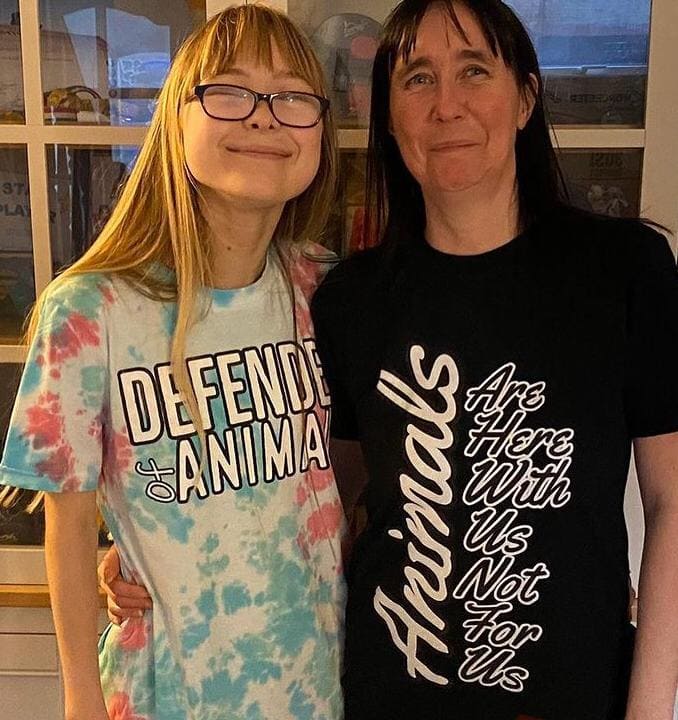 Melody’s directors had a storyline and a vision when they first called Angharad and hundreds of other visually impaired young people to audition. But Lynda says the character of Melody eventually became built around Angharad. As well as meeting Angharad’s TV mum — so she could ask how Lynda dealt with things in everyday life — the producers also asked questions like whether Angharad dreams with her cane.

“I didn’t even know that myself, but I discovered she doesn’t always — so that’s why Melody will often not be holding a cane in her animated dreams,” Lynda points out. At 17 years of age, the YouTuber and actress is already ahead in her career, but she admits she is not talented at everything. “If you want a room emptied, just call on Angharad,” Lynda says, laughing when I ask her about her singing voice.

The TV life so far has treated Angharad well, with no pressures on her whatsoever. While the 17-year-old doesn’t have her sights set on anything concrete, she hopes she’ll be able to use her role someday to influence big changes — including showing people how easy it is to be vegan.

Lynda and Angharad both teach English to students in China. They met them through a network Angharad found as she began learning Chinese a couple of years ago. The two of them often exchange recipes and ideas with the Chinese students, who find it surprising that a Welsh family could like tofu so much. Some of the older students have even been asking Angharad how they can transition to a plant-based diet.

Whether Angharad continues to teach English like her parents, or becomes a world-famous actress, she wants to make a positive difference in life. “In 20 years, I hope there are more vegans,” she says. “And through this, maybe the planet will have healed more too.”

Olivia Rafferty
Olivia is the Assistant Editor of The Vegan Review. An aspiring Middle Eastern correspondent currently studying journalism at City, University of London, she is passionate about the planet, she believes veganism is the first step to solving the complexities of climate change.
Previous articleCan cultured meat save animals and the planet?
Next articleWhat my chat with Hungry Planet’s Ron DeSantis taught me about the two types of food