One Planet Pizza, the plant-based pizza company has raised over £150,000  since commencing its crowdfunding campaign on the Seedrs platform; this equals 78% of its target amount!

To continue with this work, the founders, father and son Mike and Joe Hill are inviting new and current partners to invest to help the business grow to its absolute potential. Its aim is to be the number one frozen vegan pizza option on the planet within the next three years.

Launched back in 2016, One Planet Pizza became the UK’s first ever crowdfunding campaign for a pizza company. From the start, it attracted investment from the UK as well as abroad. At present, One Planet Pizza is available in hundreds of outlets in over twelve countries.

Back in November 2021, Mike and Joe Hill appeared on Mary Berry’s “Love to Cook” show. This led to a huge increase in product sales, including the sell-out limited edition pizzas such as VFC No Clucks Pizza, the Crustmas Feast featuring THIS™ and Pizza Pockets which feature Violife cheese. The latter sold out online in less than 24 hours! 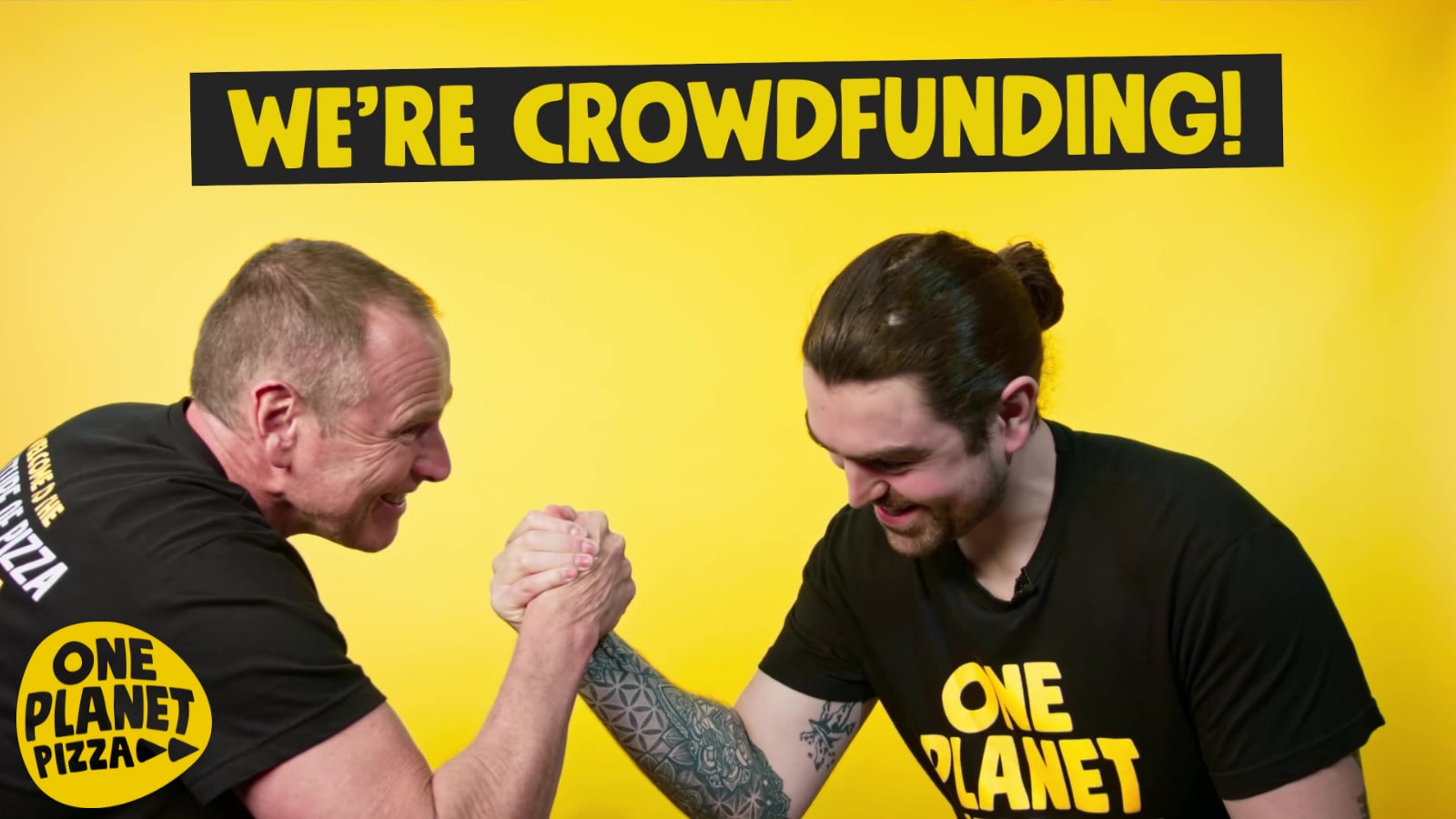 One Planet Pizza Co-Founder, Joe Hill, said: “It’s exactly what we need to show our investors that vegan pizza is well on its way to becoming mainstream and we’re here to stay.”

And if you like to imagine this in real terms, this is the equivalent level of emissions as a trip to Paris from London in the Eurostar. Moving this ethos forward, the company is now working with a team of experts to find a way of becoming entirely climate neutral.

The frozen pizza market is worth around $19bn which is not surprising when you read that in a recent survey by Ascensor of lockdown takeaway choices, pizza was found to be the nation’s favourite option.

Mike Hill, One Planet Pizza Co-Founder, said:  “We all know the future is plant based and the proof is in the pizza – having grown our business 800% since our first campaign in 2016, One Planet Pizza is the 3rd most successful food business to have crowdfunded. We have really seen the market wake up to plant-based and are confident about the future of pizza for our planet.”

For more information on crowdfunding, take a look at the Seedrs website.

The vegetarian and plant-based food and drink market is currently worth more than £1bn in the UK. There are more than nine million flexitarians in the UK – people who still eat meat but are eating it less regularly[2].

Meat free products have almost doubled in the last six years and the UK accounts for 15 percent of all plant milk sales in Europe.

More information on funding is available at Seedrs Seedrs | One Planet Pizza | Pre Registration or from oneplanetpizza.com.

Alice Soule
Alice Soule is a Writer and Editor, and graduated with a BA in Social Policy. She is passionate about veganism and animal rights but equally has a love of sports, reading, and drinking tea. Alice is a perpetual dreamer and recently finished writing her first novel. As yet to be published...because she's already dreaming up the next story...
Previous articleSimple vegan pancake recipe to try this pancake day!
Next articleNew documentary, Milked, set to expose the detriments of the dairy industry