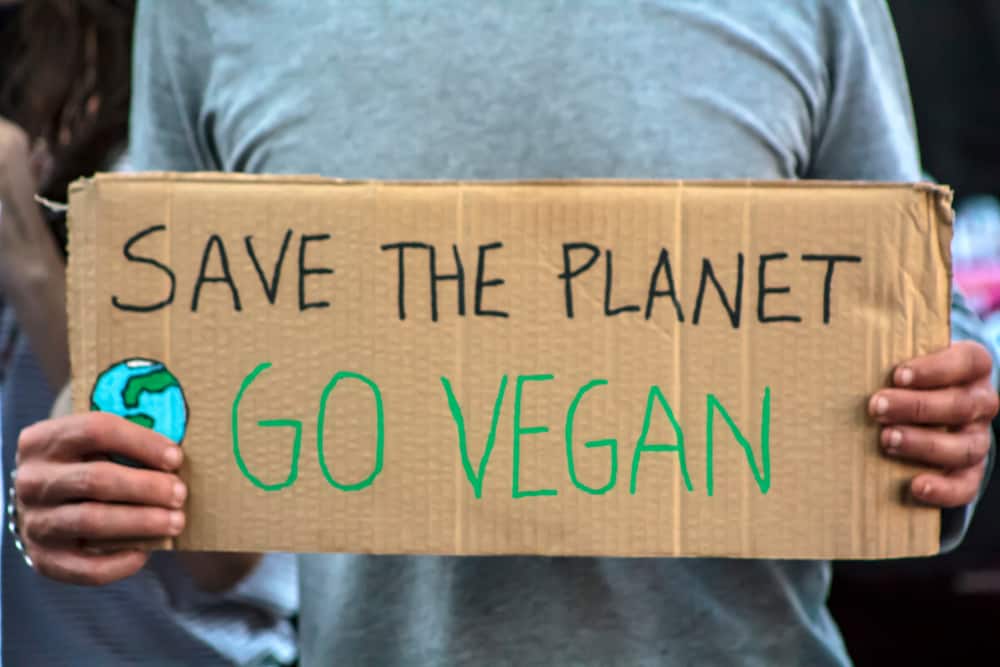 A new survey by The Vegan Society has revealed that one-third of the UK population thinks the government should encourage vegan diets to address the climate emergency.

One in three Brits believe the UK government should promote a plant-based diet to tackle the climate crisis, according to data released by The Vegan Society.

The report, which served 6,200 people, shows that a large chunk of the UK population would back policies and plans that actively encourage people to cut back on meat, dairy and egg consumption to help the government achieve its climate objectives.

In December, UK prime minister Boris Johnson announced a ten-point plan, dubbed the Green Industrial Revolution, to help the country reach net-zero emissions by 2050. But the plan did not mention food, let alone vegan diets. When asked what government officials should do about food and farming to address climate change, 32% supported calls to promote vegan diets.

Read our argument on why the Green Industrial Revolution needed to mention veganism.

While that mirrors the United Nations Development Project’s report on public opinion surrounding climate change and vegan diets in the UK, it’s far from the global viewpoint.

Of the 2,000 people who backed calls for policy promotion of veganism, 61% supported public campaigns on its benefits on health and environment, and 60% feel there should be at least one plant-based option on public sector menus.

55% said there should be financial incentives and support for UK-grown high-protein crops, while 53% wanted to see support packages to help farmers transition to plant-based farming. Just over half of respondents (51%) suggested including plant-based milk in public health initiatives for children, while 48% encouraged zero VAT rates on vegan catering and restaurants.

Louisianna Waring, insight and commercial policy officer at The Vegan Society, said: “We believe this data is hugely positive for the vegan movement. It is fantastic to see that one in three people in the UK are listening to the science on the impact of dietary choices.”

She added: ”Many of the climate solutions on offer can only be achieved if implemented together and promoting plant-based diets is one solution that unlocks several others, including reduced deforestation and less water and land use.”

Read our story about how farmers can transition to plant-based agriculture.

Anay Mridul
Anay is journalism graduate from City, University of London, he was a barista for three years, and never shuts up about coffee. He's passionate about coffee, plant-based milk, cooking, eating, veganism, writing about all that, profiling people, and the Oxford Comma. Originally from India, he went vegan in 2020, after attempting (and failing) Veganuary. He believes being environmentally conscious is a basic responsibility, and veganism is the best thing you can do to battle climate change. He gets lost at Whole Foods sometimes.
Previous articleMeet the woman giving a purpose to Ethiopian vegan food
Next articleHow Vegan Vouchers is offering hundreds of discounts to ethical and plant-based shoppers