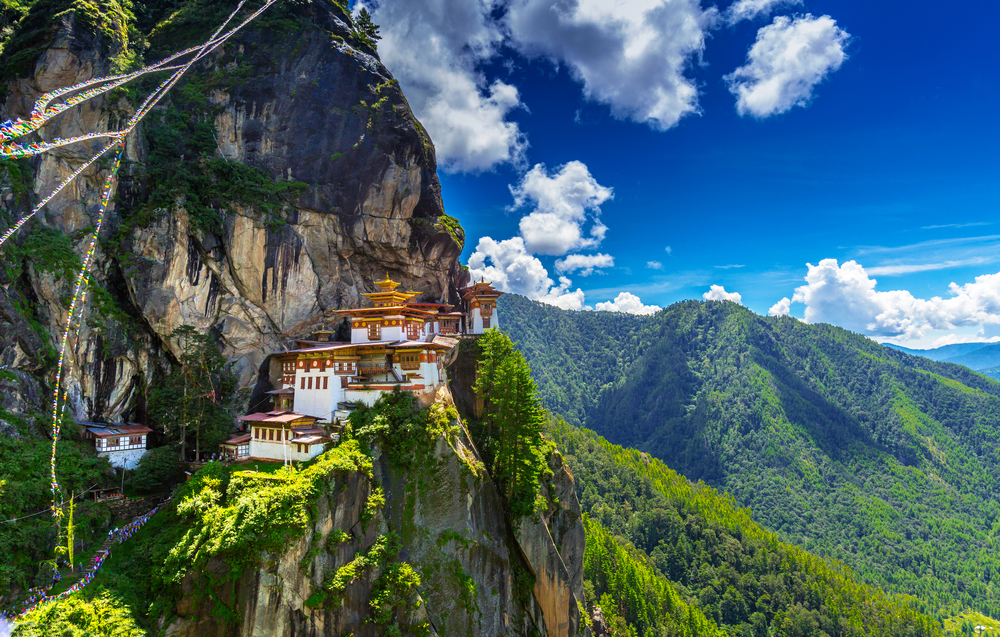 Bhutan’s eco-friendly policies and Gross National Happiness index help make it the only carbon negative country in the world.

It’s no secret that carbon dioxide emissions are harmful to the planet and one of the main contributing factors to the planet’s deteriorating health. What’s striking is that since 1990, carbon emission rates have quadrupled, and we currently emit around 36 billion tonnes of CO2 every year.

According to the Union of Cornered Scientists, China, the US, and India are the top three largest carbon emitters. Extreme climate patterns, extreme heat-trapping and natural disasters are some of their direct consequences. So, the question arises, can we avoid carbon emissions?

Sure, we can travel sustainably, drive less, insulate our homes, and reduce our electricity usage. But will it make a dent in the CO2 emission tragedy?

Every country has taken its own measures to tackle this crisis. Whether it’s banning single-use plastic or pollution checks on vehicles, small measures are being taken everywhere. Among those countries is Bhutan, which shares its borders with two of those three highest carbon-emitting countries, India and China. Yet it has successfully managed to become and stay the only carbon negative country in the world.

So, how did that happen? It has to do with the country’s approach for measuring success: the Gross National Happiness index. The government of Bhutan embarked on the journey of measuring its citizens’ happiness and mental wellbeing in 1972. The king deemed that the country’s happiness index was more important than its gross domestic product.

The foundation of Bhutan’s happiness index falls under four primary pillars: environmental conservation, good governance, sustainable socio-economic development and cultural preservation. Through its sustainable and environmental protection philosophy, the country has managed to preserve its natural woodlands and forests. 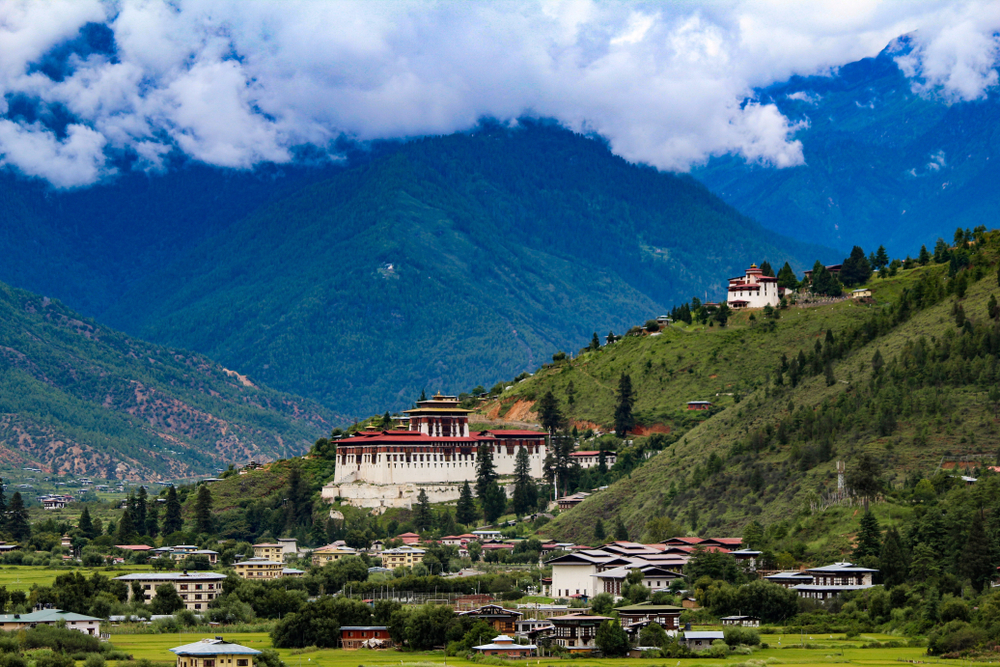 Approximately 72% of the 14,824 sq mile area constitutes forests, which absorb carbon dioxide and act as a natural carbon sink. Bhutan produces only 2 million tonnes of carbon dioxide, while absorbing around 7 million tonnes every year. This is possible because of the government’s policy for environmental protection.

In 2008, Bhutan amended its constitution to maintain a minimum of 60% of forest cover in the country. To conserve the forests further, the government banned log exports. It also started sourcing electricity via free hydroelectric power from the country’s rivers and water bodies, thus avoiding harmful fossil fuels. Additionally, Bhutan banned wildlife hunting and trapping.

The strict tourism guidelines set by the governments also help the country maintain its carbon negative status. There is a daily visitors fee and tourists are required to hire a local guide as part of their tour plan to protect the environment from mass tourism impacts.

Bhutanese resident Sangay Tempa believes that the constitution’s mandatory 60% forest coverage is “the most important factor in this grand achievement”. He also attributes Bhutan’s success in environmental preservation to its culture, explaining that natives have always been interdependent on forests and respect the residents of forests. He adds that Buddhism “plays a pivotal role in making people compassionate and empathetic.”

Read our story about being a Buddhist vegan and colliding cultures.

Along with hydroelectricity, Tempa says the country has a green tax on the import of fuel-powered vehicles and offers subsidies for electric vehicles. He also believes international NGOs, serious climate change risks, and detriment to the Himalayas and glacier lakes fuel the country’s passion for the environment.

Bhutan has also imposed a ban on single-use plastic. But it hasn’t been successful so far.  Tempa believes this is due to the lack of realistic plastic alternatives in the country. Like many others, Tempa also accredits the country’s carbon negativity, serene mountains, and low pollution towards peace and happiness. But he states that just “the approach to sustainability [isn’t] enough for a happy society”, as there are several other contributing factors. 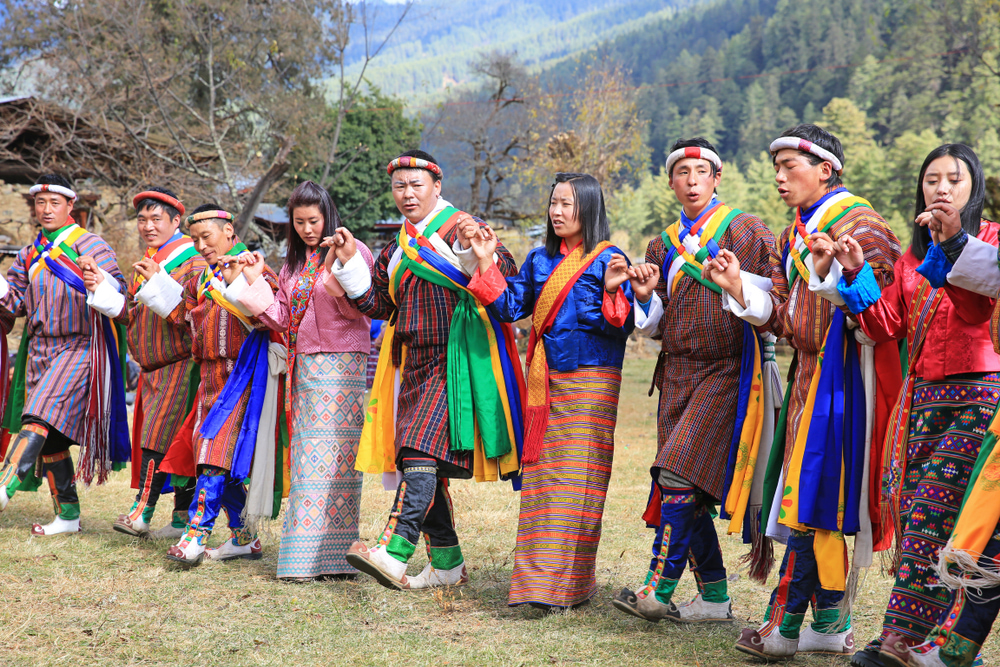 Bhutan’s free healthcare and education also contribute to its Gross National Happiness index. Tempa says “maintaining a carbon-negative status has become a matter of pride to our country”, but when it comes to eco-friendliness, “Bhutan isn’t a finished model”. Tempa believes waste to be a threat to Bhutan’s environment. He believes that the country needs to advance technologically and figure out a way to manage its non-biodegradable waste.

How can the rest of the world learn from Bhutan’s carbon negative and environmental preservation status? We can start by introducing mandatory eco-conscious policies and even looking into adopting a version of the national happiness index.