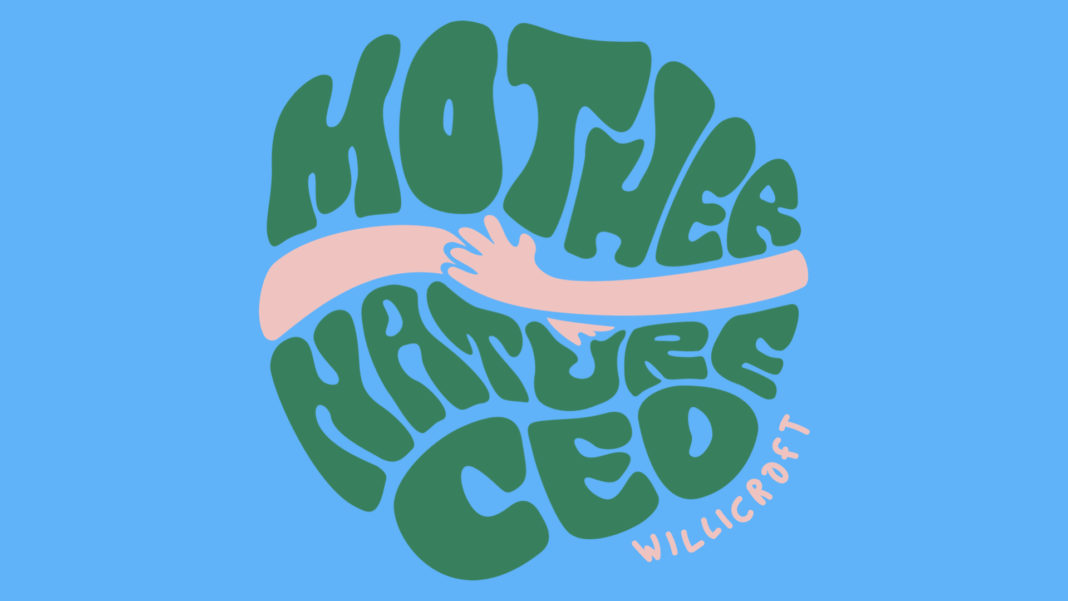 Op-ed: Why we made Mother Nature our CEO

Willicroft founder Brad Vanstone reveals why the vegan cheese brand named Mother Nature its CEO, and why he wants others to follow suit this Earth Day.

The environment is not a trend. Nor is eating more plants. The environment is the reason we’re in business, not part of it. Many companies have great intentions, or talk about impact when it’s convenient, but soon get distracted by their bottom line.

At the beginning of 2020, we at Willicroft appointed Mother Nature as our CEO. She’s been the one calling the shots from that moment forward. In order to prevent the worst effects of climate change, it is crucial we’re held to account by the planet, implementing long-term thinking into our decision-making.

We are custodians of this planet and need Mother Nature in order to survive as a species — this relationship is not recyclable and she does not need us. Human beings have believed we rule the roost for too long. We’ve held responsibility but misused it, ignoring clear warning signs when we could have acted. Widespread knowledge about mankind’s impact on the planet has been known to us since the 1970s, yet only now are we starting to truly act, and even then, not at the speed required to safeguard our future.

Humans have lived in relative harmony with the planet for six million years. The rise of agriculture 10,000 years ago and the birth of the industrial revolution in the 18th century, fed by fossil fuels, have led to unprecedented change in our species evolution. We may have cured disease and lowered poverty rates, but our growth has come at a huge cost to the other creatures that share this planet. If we do not act fast, the bubble will burst.

For the naysayers in the same corner as our dear friends at the flat earth society, carbon levels are the highest they’ve been since the fifth, and last, mass extinction, when 95% of marine life was destroyed within tens of thousands of years. Humanity’s annual CO2 emissions are currently 14 times higher than the annual emission rate at that time, an event that marked the greatest biological catastrophe in Earth’s history. The earth took several hundreds of thousands to millions of years to recover.

We can learn much from what has gone before us in order to plan a route forward. The first limited companies were established in the 19th century to solve societal challenges too great for one (wo)man and too costly for one government. These companies served a higher purpose and, in the process, helped citizens achieve their missions.

Fast-forward to today and such companies are the exception rather than the norm. I don’t believe that people set out to be evil, but we’ve created frameworks within which evil things can, and are sometimes forced, to happen.

This leaves us with a clear path forward for today. We cannot and should not be trusted to make long-term decisions. Our fixation with the present is limiting our ability to plan for the future. To create a habitable planet for all, we need to intrust Mother Nature to guide us ahead. How that looks in practice is simple: when faced with a decision, if we feel it’s going to have an adverse effect on the planet, we need to keep searching for a better option.

At Willicroft, we have experienced the pitfalls of assumption-based, short-term thinking firsthand. On setting up a plant-based project, we immediately believed we were making the world a better place. Having looked at our emissions at greater length through a life-cycle assessment, we discovered that whilst our emissions were a marked improvement on dairy cheese, we had overestimated that difference.

We looked into our mirror, saw what was staring back at us, and felt we needed to improve. This was a tough realisation for an idealistic startup, but arguably the most important lesson we’ve learned to date.

Since appointing Mother Nature as our CEO, we have taken a number of steps to ensure we’re placing her interests ahead of all else. By the end of this year, we’ll have switched all our cheeses onto a base of beans and pulses. which will dramatically lower our emissions. We are committed to placing the emissions of all cheeses on our packaging by the end of 2021, calling on the industry to introduce a carbon tax on food. Planning is almost complete on a transitional farming project with local dairy farmers whereby we’re piloting planting white beans on former Dutch dairy land in the hope this can be done at scale. And this summer, we’re publishing our first impact report.

For Earth Day 2021, we’re calling on other businesses to join us in appointing Mother Nature as their CEO. We’ve outlined three basic steps for those also looking to put the planet’s future ahead of their own, and by virtue the future of generations of all species to come.

Step 1: Start by appointing Mother Nature as your CEO on socials and posting an update at least once a month about your impact progress.

Step 2: Set an internal timeframe to apply an industry-accepted accreditation such as B Corp, Regenerative Organic, Fairtrade, etc.

Step 3: Demonstrate proof of three cases in which planetary factors were considered in the context of a major business decision, independent of the outcome and/or decision making process.

This decision and commitment is open to all businesses of all shapes and sizes. Who’s with us in placing our future back in the hands of Mother Nature? As the Mohawk blessing so beautiful puts it: “Thank you, Earth. You know the way.”

Read our interview with Brad Willicroft.