Over half of Brits would swap meat meals with plant-based alternatives, shows study 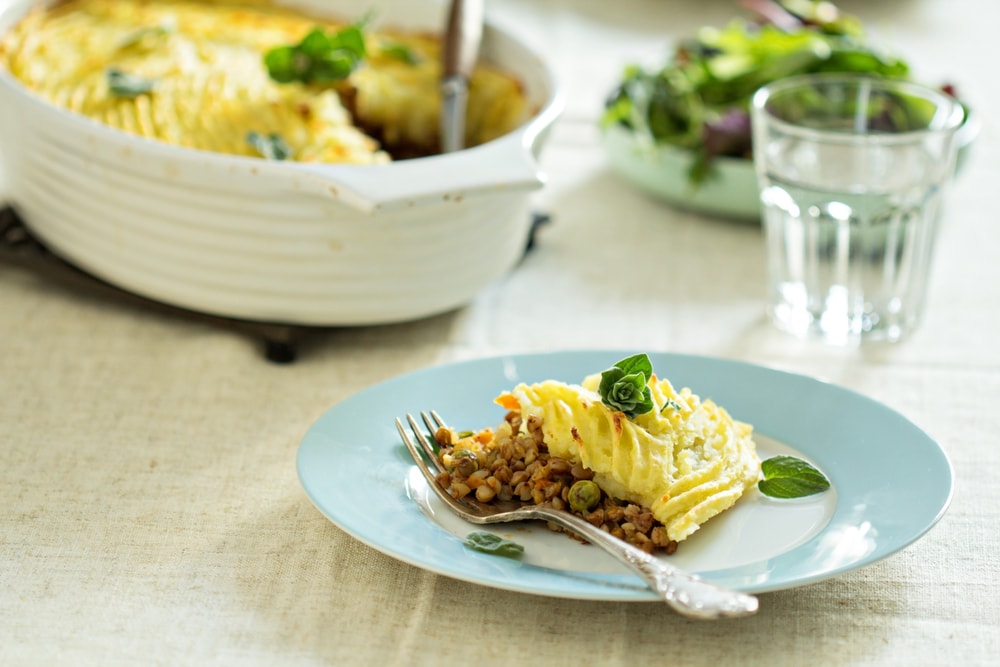 A new study suggests that more than half of the UK population would swap meat-based traditional favourites for vegan alternatives.

Over of Brits are willing to switch to plant-based alternatives over their favourite meat meals, according to new research.

The study, commissioned by UK pulses brand Merchant Gourmet, follows the record-breaking numbers of Veganuary, which has seen half a million signups this year alone. The research suggests that health (68%) is the biggest factor for people considering participating in the campaign, with the environment (54%) being the next.

“If every person in the UK replaced one more red-meat meal per week with a plant-based dish, it would reduce the UK’s greenhouse gas emissions by 50 million tonnes, equivalent to taking 16 million cars off the road,” the report read. It added that going vegan could save thousands of money on yearly shopping bills, with plant-based meals costing 40% less than those containing meat, fish and dairy.

But 25% of respondents said they had “no clue” on how to make vegetables the focal point of their dishes, even if they wish to embrace a sustainable diet. Merchant and Gourmet is partnering with vegan YouTuber, chef and cookbook author Gaz Oakley to curate plant-based versions of British favourites like roast dinner and shepherd’s pie.

According to the data, swapping out traditional meat meals with vegan alternatives can decrease a person’s carbon footprint by 78% on average. A meat-based roast dinner amounts to 6,628g of carbon dioxide equivalent, while its vegan counterpart only clocks up 1,092g CO2e, an 84% decrease. Similarly, a conventional shepherd’s pie emits 3,790g CO2e, 88% higher than a plant-based version, which accounts for 452.5g CO2e.

Oakley said: “Whilst veganism has seen a huge spike in recent years, I’ve teamed up with Merchant Gourmet and we’re on a mission to keep the momentum up. We’re both passionate about the impact that following a plant-based diet has on the environment and on people’s health, so we’re here to help Brits eat more veggies and less meat.”

Merchant Gourmet’s managing director Richard Peake added: “At the heart of everything we do is the fundamental belief that a world where people eat more plant-based foods will benefit our planet and our health. However, we know that the concepts of eating less meat, and saving the planet can feel completely overwhelming. We want to help people on this journey by making it simple and easy.”

Read our story on Gaz Oakley and his work with vegan burger chain The Vurger Co.

Anay Mridul
Anay is journalism graduate from City, University of London, he was a barista for three years, and never shuts up about coffee. He's passionate about coffee, plant-based milk, cooking, eating, veganism, writing about all that, profiling people, and the Oxford Comma. Originally from India, he went vegan in 2020, after attempting (and failing) Veganuary. He believes being environmentally conscious is a basic responsibility, and veganism is the best thing you can do to battle climate change. He gets lost at Whole Foods sometimes.
Previous articleVegan steak(less) bake
Next articleIndia’s first vegan restaurant is shutting its doors