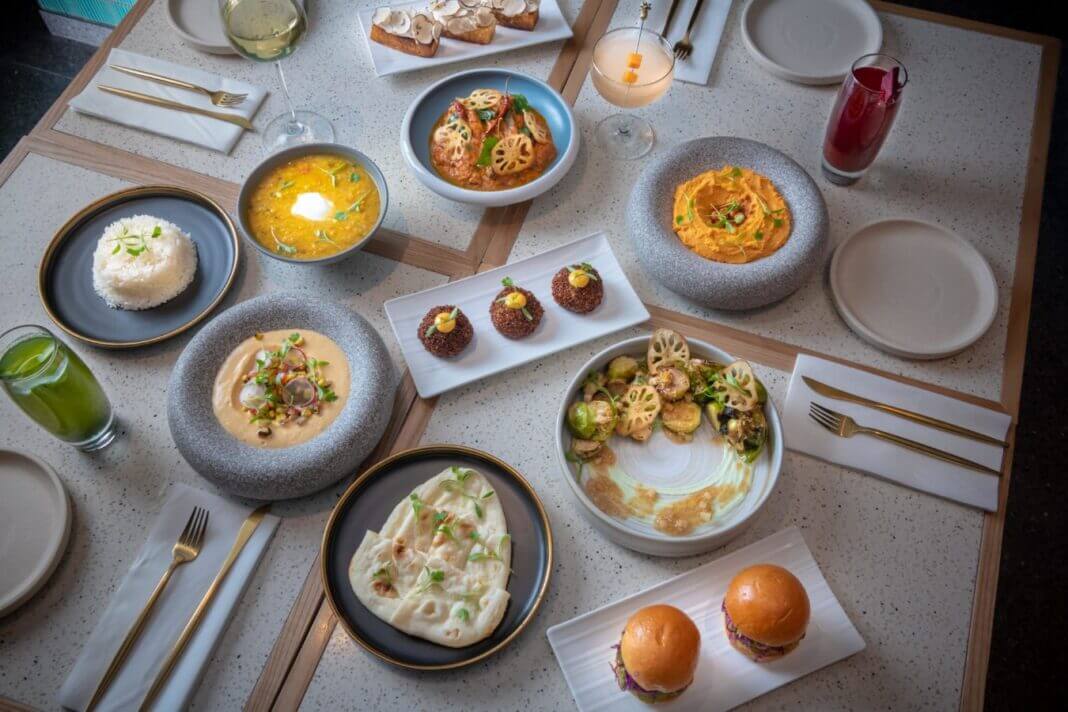 Hong Kong-based group Ovolo Hotels has launched a Year of the Veg’ campaign as part of its latest sustainability efforts.

In a first for the hospitality industry, international hotel group Ovolo Hotels has announced that it will go meat-free for a full year.

Ovolo, which has eight properties across Hong Kong and Australia, announced its ‘Year of the Veg’ earlier this month to coincide with World Vegetarian Day on October 1. As part of the campaign, the Hong Kong-based group has pledged to go fully vegetarian across all of its restaurants, bars, and food services.

While Ovolo has already experimented with meat-free restaurants in the past — first with Alibi in Sydney’s Ovolo Woolloomooloo, which is fully vegan, and then with Veda, Hong Kong’s first vegetarian hotel restaurant — this marks a major vote of confidence in the growing popularity of plant-based diets.

“We want to be conscious about what we’re consuming and practice sustainability as much as we can, because we believe this can have an enormous impact on the environment and humanity at large. To that end, we’re evolving our food offerings so that our guests can continue enjoying great dining experiences in a more sustainable manner,” said Jhunjhnuwala, who is a lifelong vegetarian.

While most of the group’s restaurants will be simply introducing new menus as part of the yearlong experiment, Ovolo Southside — in Hong Kong’s hip Wong Chuk Hang district — will soon debut a new and permanent vegetarian restaurant concept.

Guests will also be able to enjoy a fully vegetarian room service menu, though sustainable in-room amenities are nothing new to Ovolo. Within the last year, the group has eliminated single-use plastic toiletries and replaced them with refillable, tamper-free and HDPE recyclable pump bottles across its properties. Furthermore, all of the hotels’ laundry bags and packaging — including the bags that hotel slippers are kept in — are now made from biodegradable or reusable materials.

While the campaign is scheduled to end next October, Jhunjhnuwala revealed that Ovolo would consider making its properties permanently meat-free, tellingBuro 24/7: “If we have a positive response, which I believe we will, then we will definitely look to implement it permanently.”

Check out our Ultimate Guide to vegan food in Hong Kong.

Annette Chan
Annette is a freelance journalist and copywriter based in Hong Kong. She has written extensively about food, travel, and culture in Hong Kong and Asia at large, and counts intersectional feminism, alternative music, and beauty as her some of her main interests.
Previous articleMaking the connection: the spiritual path to veganism
Next articleCrossing the waters: The generational journey to being vegan as a Hindu