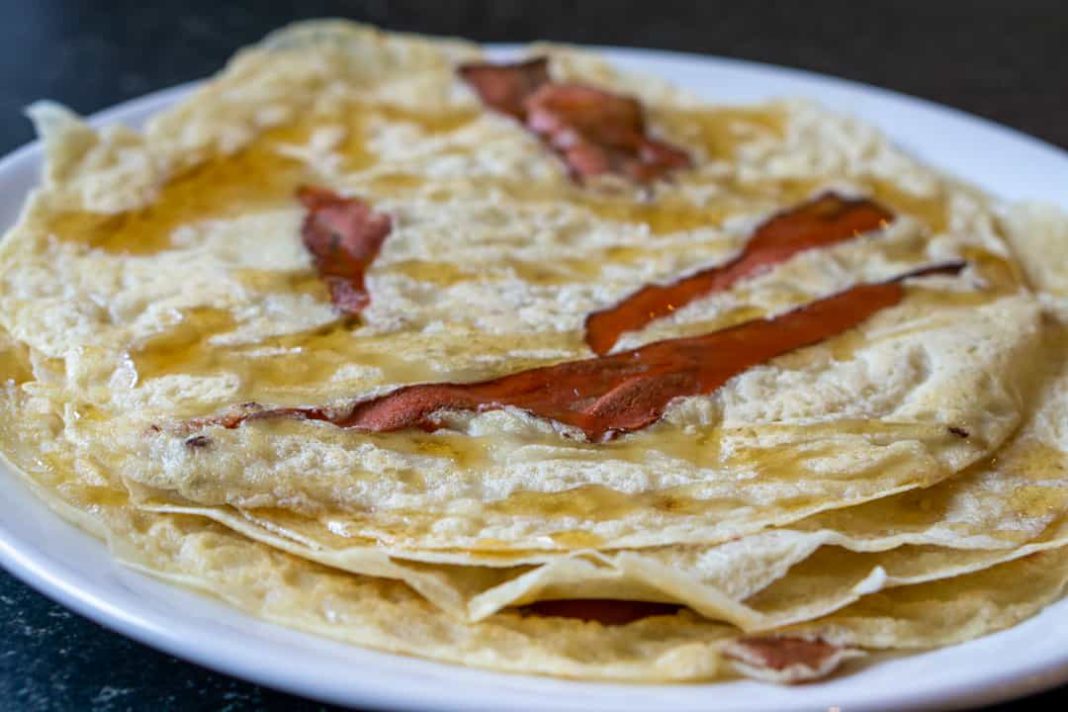 “But don’t you miss bacon?”

It’s something often asked of vegans and possibly the question that invokes the biggest eye roll from fellow vegans, the world over.

But, thankfully, nowadays, our answer can be a simple “no” due to the amount and variety of delicious vegan bacon on the market. We are denied no more!

Plant-based and vegan products are multiplying at a frantic rate within mainstream supermarkets. And generally speaking, meat replacements, including vegan bacon, have improved drastically from the days when our choice was limited to only very basic products and between just a couple of brands.

But what is vegan bacon made from?

Vegan bacon, as well as other meat substitutes, is often made from pea or soya protein alongside the inclusion of wheat or potato. Added to this mixture and purposely for flavour, you often find ingredients such as smoked paprika, onion, liquid smoke, onion, garlic and other vegetables.

Can vegan bacon be considered healthy as it’s plant based?

Put simply…not really. To be honest, you really need to look at each individual label as every vegan bacon is different. And additional ingredients range quite widely.

Of course, it could be seen as the better option as nothing was harmed in its making. It’s cruelty free and therefore the more moral and humane of the bacons.

And yes, you often find that vegan bacon is lower in salt than meat options so that’s a positive too.

So perhaps in many ways, it’s better. Great!

So you want to try some vegan bacon?

Here are our favourites… 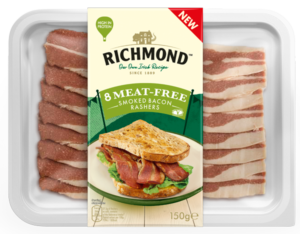 Richmond made its name with its truly awesome range of vegan sausage. So how does the bacon stand up to this expectation?

For us, it’s one of the best. It’s easy to cook, tastes great and has the versatility of meat bacon. 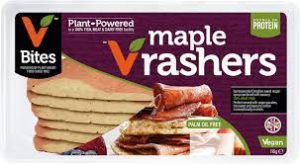 Sweetened with Canadian maple syrup, these bacon rashers are divine. The balance of the smokiness is well achieved but with a slightly sweeter note than most others. 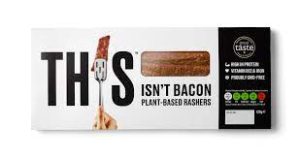 Award winning bacon that’s fortified with iron and vitamin B12. THIS Isn’t bacon cooks well in a pan and (we believe) well replicates the meat variety.

BTW, if you love THIS products, you might be interested in reading our review of THIS Lardons. 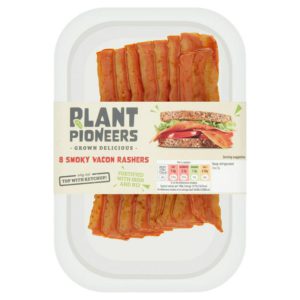 We love how seasoned this version is – it has a nice woody flavour but you can also taste the paprika and added sweetness. Fortified with B12 and Iron. 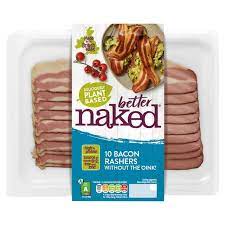 Fortified with B12, Iron and Zinc, Better Naked plant-based bacon crisps up nicely for the perfect BLT.

If you now have the taste for bacon and need some breakfast ideas – try one of our favourite vegan Dutch pancakes recipes.

Alice Soule
Alice Soule is a Writer and Editor, and graduated with a BA in Social Policy. She is passionate about veganism and animal rights but equally has a love of sports, reading, and drinking tea. Alice is a perpetual dreamer and recently finished writing her first novel. As yet to be published...because she's already dreaming up the next story...
Previous articleStudy suggests that vegan dog food is healthier and safer for dogs
Next articleVegan Life Live to return to London this June