The rise of pet theft and its (lack of) consequences 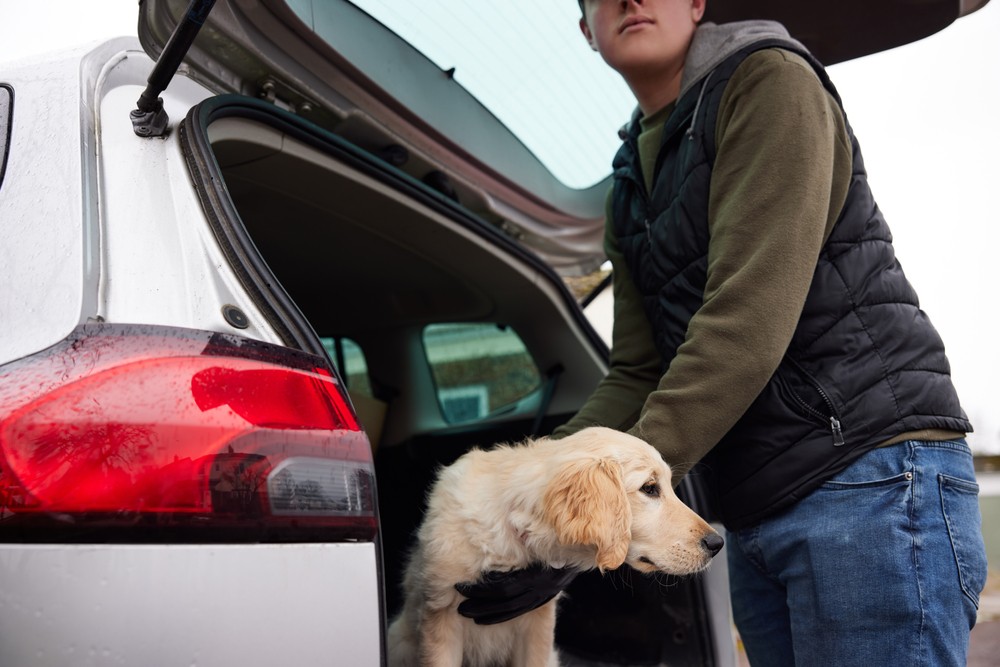 Pet theft is on the rise, particularly increasing in lockdown, but is it taken seriously? What are the consequences and what more can be done?

Pet theft is becoming more and more common, with two million dogs now being stolen each year. The coronavirus pandemic has only made things worse, lockdown being the worst year ever for dog thefts.

First things first: why are so many people pinching our pets? “There are a number of reasons,” says Aimy Saunders, senior PR officer at national pet charity Blue Cross. “There is no doubt that the increased demand for puppies during the pandemic has meant prices have risen dramatically for many of the most popular breeds.”

She goes on to say that stealing a dog can be an increasingly lucrative activity, explaining: “[Stolen] dogs can be used for breeding purposes, for instance, meaning the criminals can then sell on the puppies for further profit.”

She adds: “Many of these pets will be stolen by organised criminal gangs and used for illegal dog breeding and dogfighting, netting the perpetrators considerable sums of money.”

Rachel Fletcher, partner and head of crime and regulatory at law firm Slater Heelis, argues that there are now more opportunities for theft than during lockdown, as “owners [are] spending less time at home”. She says: “Criminals always exploit such opportunities, with accounts for the predicted increase in thefts sadly.”

According to the Pet Food Manufacturers’ Association, since the beginning of the pandemic, 3.2 million households in the UK have purchased pets. Referring to this statistic, Fletcher says: “[More] people have also been investing in canine companions during lockdown and the rarer, more expensive breeds are always an attractive, high-value target for thieves.”

She adds that dogs are often seen as a sign of status, “so certain breeds have become very popular amongst pet-nappers”. For instance, French bulldogs are often stolen because they come with a high reward or are sold on as puppies. She stresses that these puppies often don’t have “the relevant breeder paperwork”, emphasising that people must check where their puppy comes from, meet its mother and have all the paperwork prior to purchasing it. 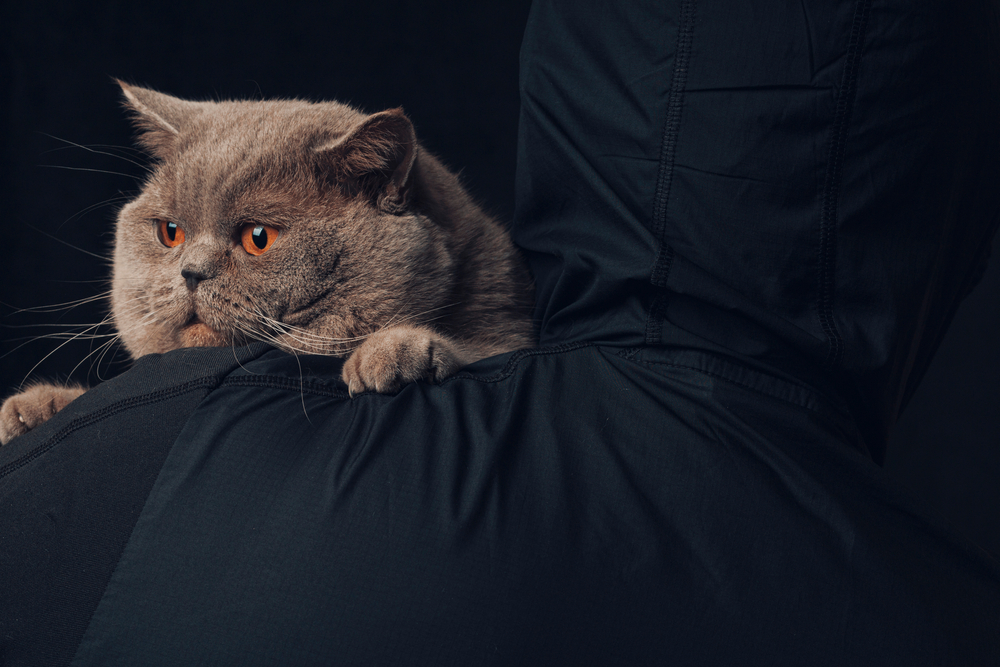 Production company Fusiology Productions is currently making a documentary on pet theft, called Muddy Paws Crime, to highlight the seriousness of this issue. Its directors are Lisa Loops and Ashley Lockton.

Loops suggests that the increase in pet theft might be due to some people not being able to do their jobs and being forced to find another way to make a living. “It is now organised crime with many illegal breeders.”

She adds that dogs who aren’t neutered or spayed will be used for breeding, explaining: “Pup prices have [increased], so this has become a massive income for them.” In contrast, neutered or spayed dogs “can be sold on websites, or even taken abroad to be sold, often saying they are younger than they are”.

Even the rewards are redundant. “Unfortunately, even £20,000 would be nothing if thieves have stolen a dog that may have many litters.”

Read our story about how the pandemic led to increased pet adoption.

Despite the seriousness of this crime, it often isn’t taken as seriously as it should be. This is due to a number of reasons. “[Demand] on police resources simply cannot stretch to investigating all these types of crime,” explains Fletcher. She adds that it’s not considered as serious a crime as burglary, harassment or assault, for example.

Loops agrees, but argues that “the government needs to implement harsher sentences”. She says people “do not always know who to report a dog theft to”, and this is what they want to address in their production. “Out of 40 owners, I have spoken to only two or three who have said the police have been helpful.”

She adds: “The laws have to change to deter thieves and [there must be] more pet theft officers at all police divisions.”

On the other hand, while Saunders also believes pet theft hasn’t been taken seriously in the past, she says there have been “encouraging signs in the last six months or so that the government, politicians of all parties, and police forces are now recognising the level of public concern on dog theft”. She adds: “Nottinghamshire Police was the first police force in England to appoint a specialist dog theft lead. Devon and Cornwall have since done the same.” 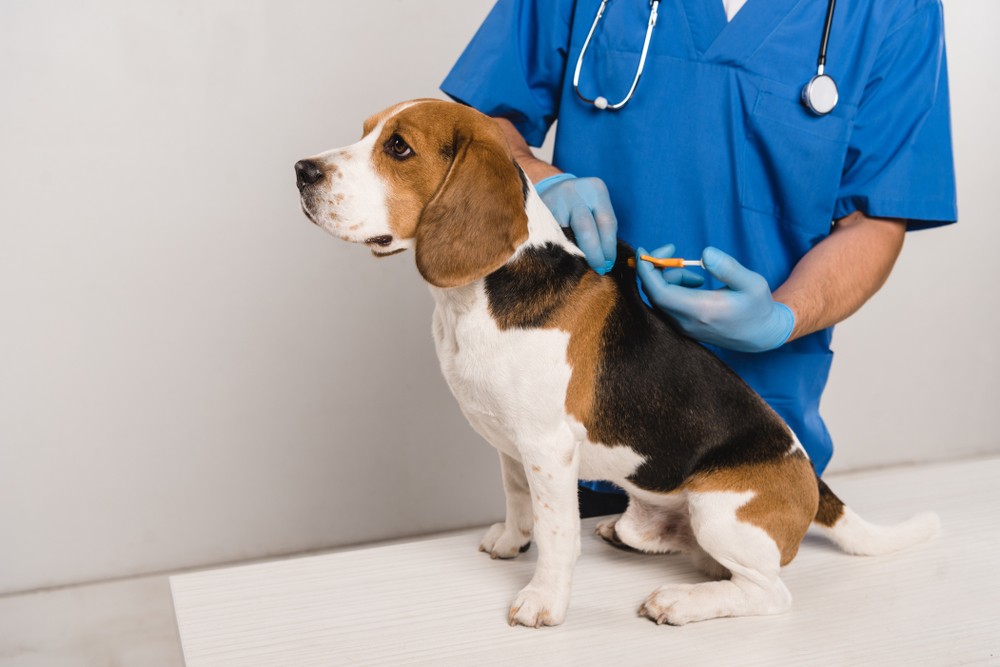 But of course, more can — and must — be done. Saunders addresses the fact that pet theft is “extremely traumatic” for owners and can have “terrible consequences” for the pets themselves.

“The law, however, doesn’t currently reflect this,” she explains. “It is ineffective and doesn’t pose any deterrent to determined thieves.” As a solution, she suggests: “We need pet theft reform and for pet theft to be recognised as a separate crime.”

She continues: “[We] need police forces to recognise the seriousness of pet theft and the impact of the crime in their communities.”. She feels the rest of the country’s police forces should “follow Nottinghamshire Police’s lead” by taking action against dog theft. Finally, she says owners should take precautionary measures to keep their pets as safe as possible.

Loops agrees with Saunders’s point that the law doesn’t reflect the seriousness of this crime, stating that the government must implement “tougher laws”. She adds that there should be “[pet] theft divisions at all stations” as well as “victim support” for those who have been affected by this. Her other suggestions include pet theft awareness in all areas, police patrols in public and private walking areas, more CCTV coverage and neighbour dog walks for people who are alone. 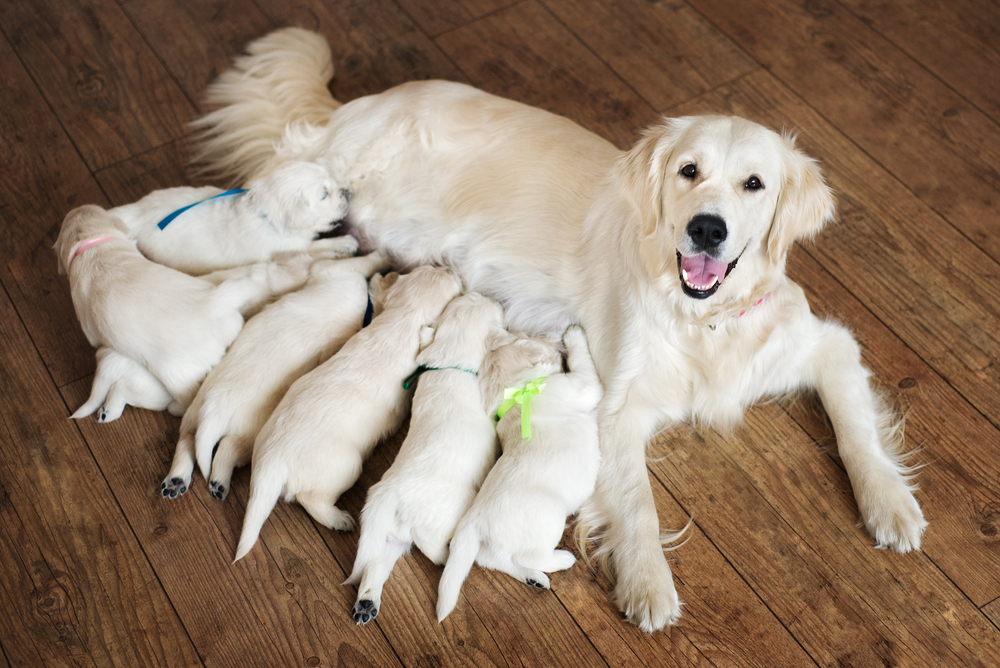 Furthermore, Fletcher stresses the importance of vigilance. “Treat your pets like you would a family member,” she suggests. “Don’t tie them up outside shops. Ensure that they have a secured area and are micro-chipped.”

She goes on to stress the importance of social media in these instances for “local groups who report suspicious behaviour”. These have been successful in reuniting pets with their owners and deterring similar crimes from happening in their local area.

The lawyer reiterates her earlier point about checking the pets’ origin and paperwork, which “will help break the chain of supply and demand involving stolen puppies”.

It’s clear that more must be done, but what have these organisations done already and what are they planning to do? “Blue Cross has long been campaigning for pet reform,” Saunders tells me. “[But] we recently redoubled our efforts with our Take the Lead on Dog Theft campaign ahead of the Police and Crime Commissioner and Mayoral elections in May.”

This involved asking supporters to contact their local candidates, encouraging them to take the lead on tackling dog theft and appoint dog theft leads in their police forces. As a result, the organisation has “had a lot of support from candidates and [has] seen the first positive changes following the campaign, with Devon and Cornwall Police appointing their own dedicated theft inspectors”.

Saunders adds that this will be continued across the country, alongside “meeting with police forces to develop solutions to pet theft”. Additionally, Blue Cross is working with parliamentarians to “put forward legislation to tackle this” and urge the government to “recognise pet theft as a separate crime with adequate sentencing”.

Loops tells me that, as a new, unfunded production company, it’s been difficult for them. “Our issue is that, being new, TV networks are not interested.” She goes on to explain that the public’s feedback shows that “they have been waiting for someone to do what we are doing”. She emphasises that their mission is to “bring pet theft awareness to [the] public”.

In addition, she says that the trailer includes a lot of tips for pet owners, including not tying up dogs outside shops, locking car doors when driving with your pet, not leaving dogs unattended in gardens, being aware of unfamiliar faces watching or following you, and looking out for vehicles with people inside parked by your house. They also want to show all the missing dogs in their production.

Moreover, the company is actively working to get information “to pass onto relevant authorities”, since the police “does not seem to have [the] time or resources” to do so. “We want websites selling animals closed down,” Loops adds. She explains that regulating them doesn’t work, because thieves always find a way around them, such as using their children’s bank accounts or fake IDs. She also tells me that the production company “supports many of the owners of dogs in the photos” and “has Crimestoppers onboard”.

Implementing tougher laws and harsher sentences is key deter pet thieves. Divisions and officers dedicated to pet theft should be essential, as should victim support. The sooner this crime is taken seriously by the authorities, the sooner there will be solutions and criminals will receive the punishment they deserve.

It is also important for owners themselves to take precautionary measures to ensure they keep their pets safe, including knowing their origin, keeping all the paperwork, microchipping, and so on. Each of these precautions, alongside the necessary legal changes, will hopefully reduce this abhorrent crime and ensure the consequences are adequate.

Chloë Morgan
Chloë is a recent English graduate from Loughborough University. She tries to use her writing to raise awareness of important issues in an attempt to help others. Her passions lie in social justice, mental health and sustainability. After taking part in 'Veganuary', she developed an interest in veganism and recently went vegan. She is also trying to boycott fast fashion as much as possible by shopping second-hand and more sustainably.
Previous articleSave The Asian Elephants: fighting for new laws against elephant abuse
Next articleUK food and drink packaging to have ‘eco-scores’ traffic light system