Pioneering farm transformer Janabai Owens: ‘This is the great awakening’ 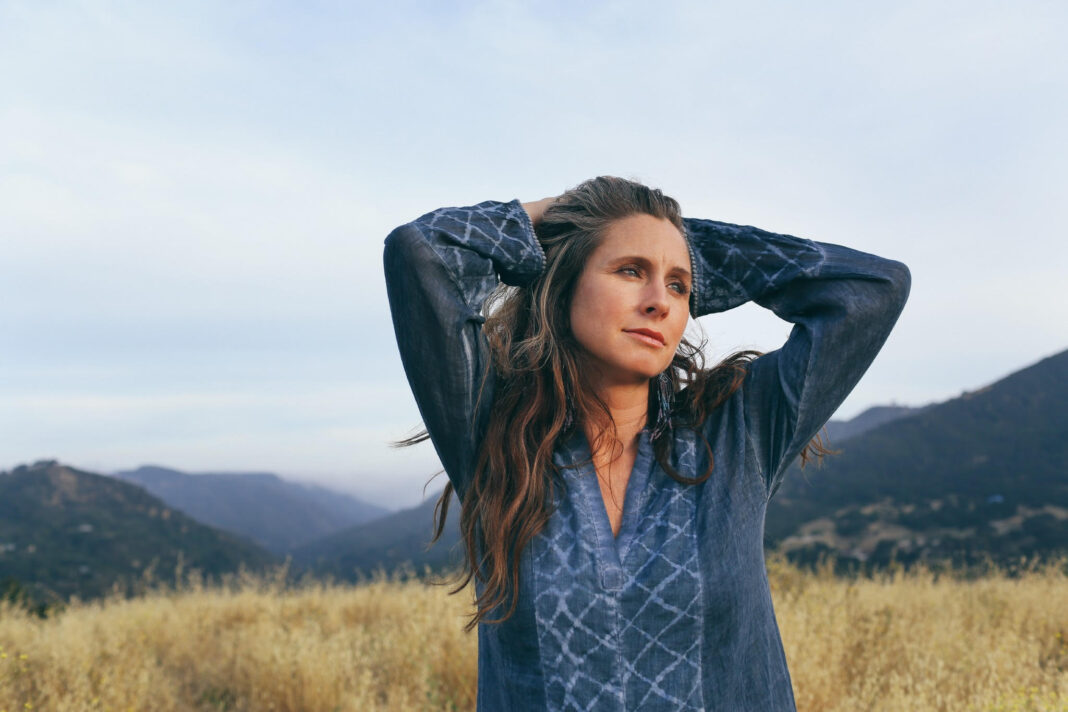 Janabai Owens is the wearer of many vegan hats: activist, businesswoman, coach and author. Today, she returns to the food system’s biggest problem: farms.

“I’ve seen the whole gambit of what it takes to build a vegan world,” says Janabai Owens, CEO of the Farm Transformation Institute. After going vegan at 16, Owens has spent the past 35 years in every possible role in the industry: from writing a raw vegan cookbook, to inspiring farmers to take on agribusinesses.

Growing up in a rural farming community in Florida, the entrepreneur naturally developed a passion for the animals around her, and the environment. While she first turned plant-based for other species, she says she spent a decade devoted to animals, a decade to her health, and most recently a decade devoted to the climate.

Her career path also took many turns. She began as a young activist, and soon went into vegan food entrepreneurship — when she helped co-write the Rawvolution cookbooks, as well as founding a raw food restaurant line. She then used her experience to begin coaching other vegan female entrepreneurs, and eventually moved on to venture capital in Switzerland: where she helped build one of the biggest plant-based portfolios in the world.

Her latest calling has been in farm transformation. After starting Farm Transformers, a micro-lending programme handing out grants and advice to farmers to transform their land into plant-based farms, Owens soon realised this industry needed more than just money. A pioneer in this work, she wants to make veganism sustainable, and support our farmers through their transition.

‘Slow and steady wins the race’ 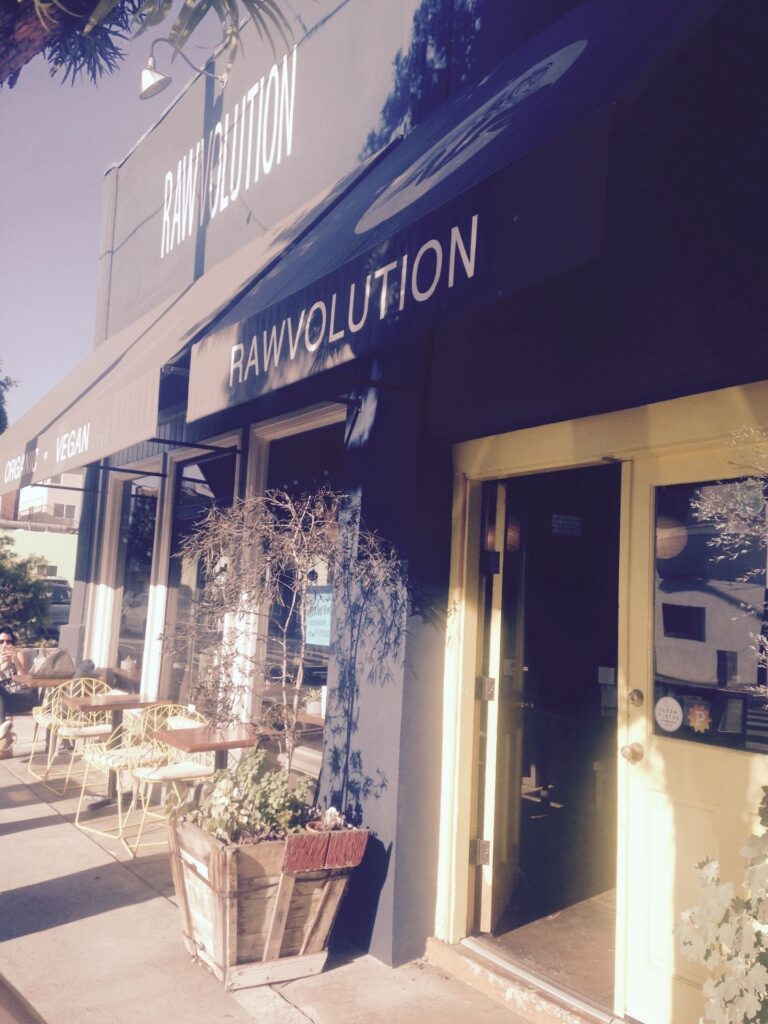 Outside her career, Owens is a mother to two young climate solutionaries. Like their mother, the kids have been active vegans from a young age, and regularly enjoy a Beyond Meat burger for dinner. The family uses what the entrepreneur calls the Dalai Lama approach: remaining flexible when at other people’s homes. Personally, Owens will always go for a raw salad, soup or smoothie, as she believes: “When foods are in their unadulterated form, they come packed with absolutely everything the body needs.”

Pre-children, Owens was a raw vegan for 12 years, a direct consequence of her research into the impacts of processed foods. She adjusted her diet after giving birth, when she realised just how calorie-dense children’s diets need to be — and that most of these come from starches.

While the mother has brought up her children vegan, she does not believe in the concept of recidivism — the idea that veganism is an elite club, with an “all or nothing” approach. She supports the Reducetarian Foundation, which stands for the idea that “slow and steady wins the race”.

“Our own perfect ideals tend to get in the way,” she says. “We spend most of our times trying to convince vegetarians to go vegan, when this isn’t statistically as useful as getting full meat-eaters to reduce their intake by 20%.”

Her philosophy is transforming plates, not people. She says the main issue with personal veganism lies in one’s identity crisis. One in every three people who try to go vegan quit. This is because people think if they can’t execute the lifestyle perfectly immediately, they’re out of the club.

But this shouldn’t be the case. “People can always fit in with us. This idea of judgement, buying or eating the wrong thing, falling off the wagon, and not being able to get back on: it’s not right,” the businesswoman says. “People should just go ‘vegan-ish’.”

Farmers: ‘the stewards of our plants’ 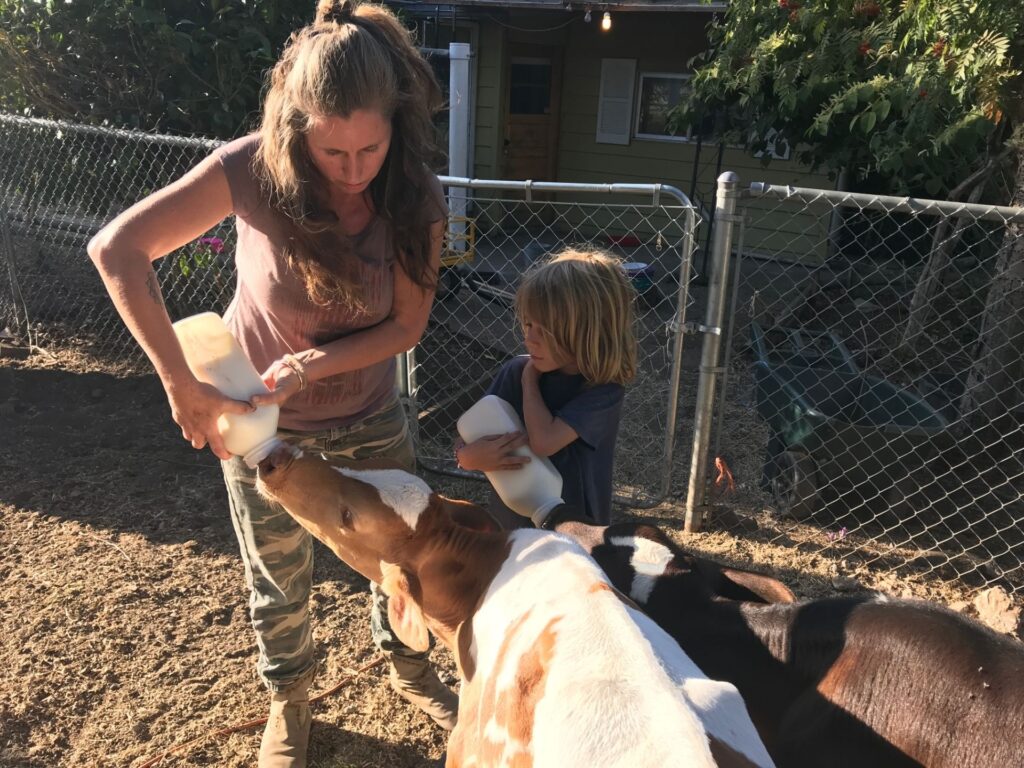 On a macro level, Owens says the biggest roadblock to veganism is institutions. She founded the Farm Transformation Institute (FTI) to solve this problem once and for all. The organisation shines a light on farmers’ three main needs: funding, education and supply chain and market access. It also looks to change subsidies, farm policy and crop insurance, which are all holding back farm transformation, especially in the innovation sector.

Her upbringing and love for farmers have given Owens the power to speak the language of farmers, a key asset to her job. She understands that for most, it has simply been a choice between providing for their families and moral principles, and farmers need more options.

“Judgement is not a nutritional value,” the FTI founder says. Adding that farmers are the mercy of a broken system, she explains that we (vegans) have been wrong in treating them like our enemies.

With expenses to keep up with and a lack of experience in plant-based markets, farmers need better infrastructure and guidance. Owens explains FTI is hoping to motivate global groups Mercy for Animals and ProVeg, to integrate these objectives into their core missions.

And how do we get vegans and farmers on the same side? Like any argument, someone has to apologise first. But Owens says it could be years before farmers admit to how awesome vegans are. We need to build a new channel of communication, a point of exchange that reminds farmers of their true purpose.

“Farmers really are the stewards of our plants. Through a broken system we’ve just forgotten that,” she explains. “We’ve burned the boats, and now we need to build them again, extend the helping arm, and help restore their pride and economic situation so they can care for our Earth.”

Owens knows farmers, and though they won’t admit it, many would happily sacrifice the slaughtering of animals if they could continue to care for their families, have better job security, and be making more money than ever before. “If you’ve got nothing left to fight for, of course you’re going to fight for the words ‘milk’, ‘meat’, or ‘cheese’,” she continues. “But with this method, we could eventually be paying our farmers to sequester carbon and feed the planet with healthy food. That’s our end goal.”

The entrepreneur believes there is so much potential in cellular agriculture, where we could build a new industry altogether, rather than trying to fix what’s long been broken. “We should get farmers excited about being part of the future, not leave them behind.”

A health crisis or a wakeup call? 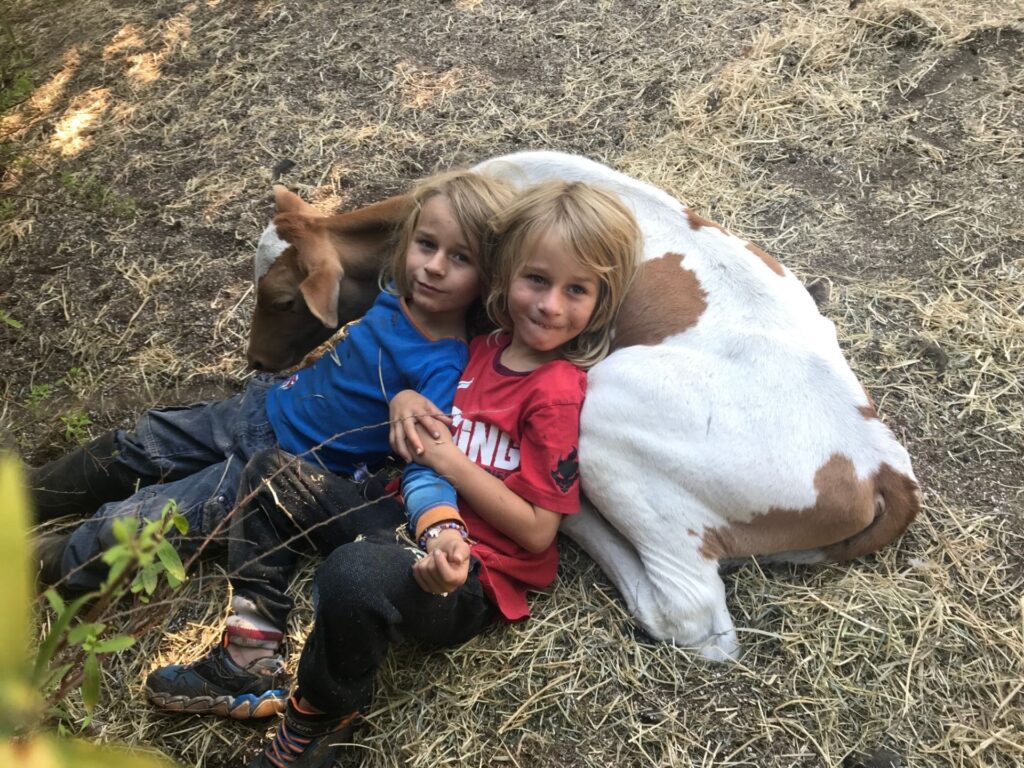 Owens believes empowering children is also key to solving the world’s biggest problems. Though a lot of her friends believed her children would rebel if she brought them up vegan, she affirms that rebellion is a natural aspect of life. Her kids have already begun creating ‘stop global heating’ videos, as well as shouting “Eat vegan!” out of her car window.

She says activism is baked into their life, but she adds that not enough children have been given the same opportunities, let alone the same freedom of understanding their choices. And to educate them, sometimes it just takes a small transformational experience. For her children, it was witnessing a rescued baby calf pass away from pneumonia.

“’Mum, we would never eat a cow now,’ they told me. And now they are filled with fire and mission,” she says, smiling.

Just like her children, Owens looks for new ways to solve problems and lead innovation every day. Her most treasured memory was the day a chicken farming operation that processed nearly a million chickens every year shut down. “It’s one thing not eating them, but realising a million chickens a year would not be eaten: that made me so happy.”

Most of her life, the businesswoman has found herself explaining why people should go vegan. But she’s done with that.

Today, she’s experimenting with sound frequencies and how they can get plants to grow faster and more drought-tolerant. She’s working with almond farmers to address the water crisis. She describes herself as a problem solver. And this year, the world has faced its biggest problem in medical history: Covid-19.

Owens asks: “Why are we so susceptible to illness? Why are we not attacking this as the biggest immune challenge of our life? Why is our health so antiquated that it can’t handle this?

“Our planet is sick and our people are sick. And if we don’t change our system soon, our wake up calls are going to get louder and louder.”

The entrepreneur is positive we still have time, but she says it’s quickly running out. And while this virus is bad, it can only get worse.

I ask her what motivates her in life. She says she wakes up every day wondering how to make an even bigger impact. “I like to think of this pandemic as the great awakening.”

Olivia Rafferty
Olivia is the Assistant Editor of The Vegan Review. An aspiring Middle Eastern correspondent currently studying journalism at City, University of London, she is passionate about the planet, she believes veganism is the first step to solving the complexities of climate change.
Previous articleWorld Vegan Month: Being plant-based in Nigeria
Next articleCan meat-eaters be animal rights advocates?