Nando’s just announced the latest addition to its menu — plant-based chicken. But cross-contamination claims has vegans on the fence.

The news that Nando’s — the chicken chain beloved by many — is launching a new plant-based chicken alternative has been welcomed by those looking to cut their meat intake, but vegans are still firmly on the fence.

Concerns about cross-contamination have rendered Nando’s unable to claim that The Great Imitator burger is vegan, so why the cold shoulder to committed plant-based eaters?

In defence of Nando’s, the company never claimed it was making a vegan-friendly product here. Rather, it has set out to offer an alternative to its standard chicken fare, with similar properties and taste profiles. The fact that it sounds great and contains no animal products naturally piqued the interest of the vegan community — until the cooking method was revealed.

Being prepared on the same grills as the chicken products, The Great Imitator can’t automatically be classed as a vegan Nando’s offering — but that hasn’t stopped consumers from voicing their disappointment.

It’s in stark contrast to the excitement when fast-food giant KFC added its vegan chicken burger as a permanent menu option earlier this year. With PETA’s seal of approval, vegans flocked to their nearest branches to enjoy the £3.99 treat, safe in the knowledge that cross-contamination was not an issue. 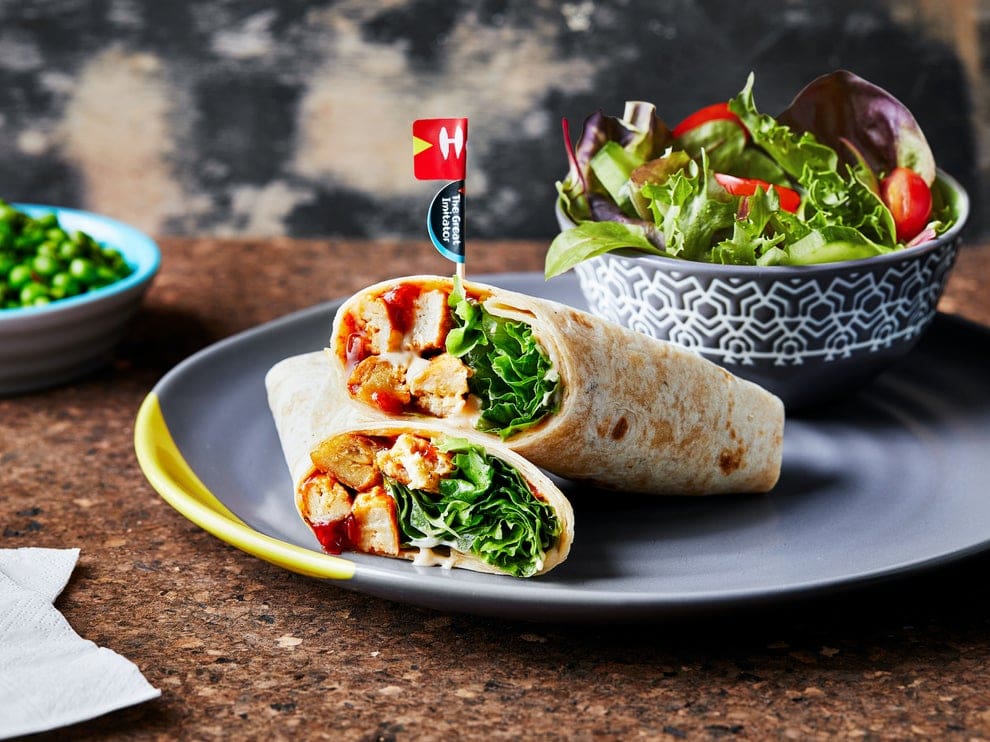 So close and yet, so far

Made entirely of pea protein and imitating both the taste and texture of real chicken, the £5.90 product is a positive step forward in terms of making plant-based meat alternatives easy to source in UK restaurant chains.

Nando’s has already made decent inroads into the vegan-friendly sphere, with appropriate menu choices labelled in-store and clearly signposted on its website, so it’s a shame not to add The Great Imitator to the list.

What can vegans eat at Nando’s?

The following have been confirmed as being suitable for vegan Nando’s customers:

For a tapas-style sharing meal, this is plenty to keep any vegan party energised, but a pea protein burger would have been a welcome addition. 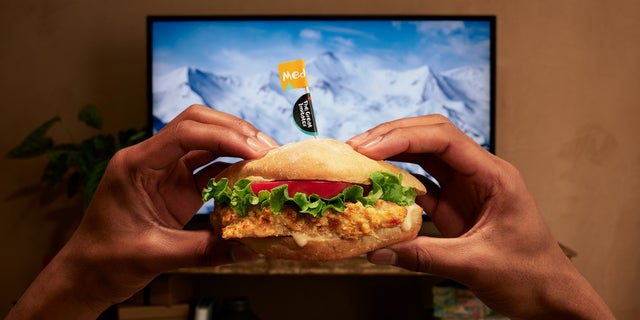 A go-to source of information for vegans the world over, PETA responded to the October 13 launch positively with Dawn Carr, director of vegan corporate projects, saying: “Nando’s can’t guarantee zero risk of cross-contamination, so it’s not calling it vegan, but as all the ingredients in the burger and pitta versions are completely animal-free — right down to the mayo — we say these are an excellent choice for vegans, vegetarians, meat-reducers, and chickens. Cluck yes!”

The decision to indulge or not is one that every individual needs to make for themselves. For those who do decide to try The Great Imitator, let’s hope for no cross-contamination — or it could turn out to be the biggest ethical hoodwink of the year.

For those keeping away from the Nando’s alt-meat burger, check out our guide to the best vegan burgers in London.

Amy Buxton
Amy is a committed ethical vegan, raising a next generation compassionate human with her husband and their beloved dog, Boo. A freelance writer with a background in PR, she decided to use the COVID lockdown period to refocus her client base and has come to The Vegan Review as a senior writer and editor, before moving into her external content director role. "What we should be doing is working at the job of life itself" is Amy's mantra, courtesy of Tom from The Good Life.
Previous articleTracye McQuirter: Helping African American women’s health through veganism
Next articleExclusive: Tofurky CEO on filing the lawsuit against the vegan product labelling ban