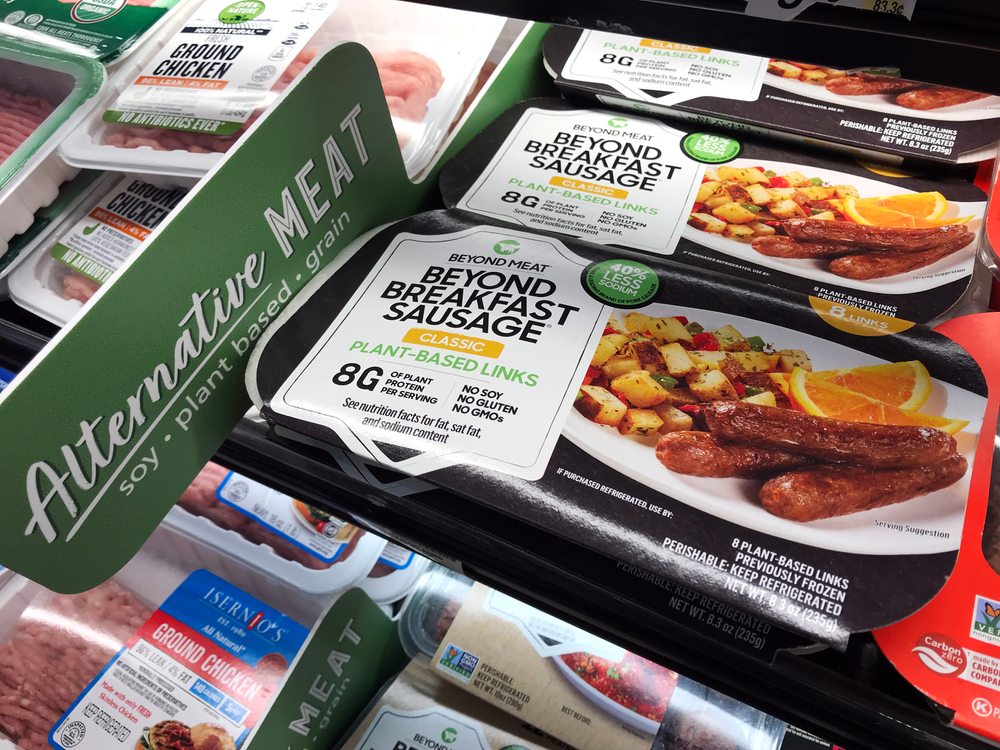 Three Wisconsin bills proposing bans terms like “meat” and “milk” for plant-based meat and dairy alternatives are under fire.

The Plant Based Foods Association is criticising bills proposing restrictions on the labelling of plant-based food alternatives as “meat” and “milk” in restaurant menus in Wisconsin.

As lawmakers call for urgent implementation to prevent consumer confusion, the Wisconsin state assembly committee on agriculture has approved two bills backed by the dairy industry that aim to restrict terms like “milk”, “cheese” and “yogurt” to products that are derived from “lactating hooved mammals”, irrespective of whether the brands use terms like “plant-based”, “vegan” or “dairy-free”.

Another bill, backed by local meat associations, is aimed at plant-based as well as cultured meat products. It argues that any food labelled as “meat” or a similar term must be derived from animal flesh.

The two dairy laws can only come to effect if approved by 10 out of 15 states listed in the bills enact similar legislation by June 30, while the final approval lies with the full assembly and Senate.

Senator Howard Marklein and representative Travis Tanel called some findings surrounding customer confusion “troublesome” in a memo. “In a recent study conducted by the Wisconsin Cheese Makers Association, Edge Dairy Farmer Cooperative and the Dairy Farmers of Wisconsin, nearly half of consumers mistook a plant-based food mimicking cheddar or mozzarella cheese to be traditional cheddar or mozzarella cheese, or were unclear about applying these traditional cheese names to plant-based foods.” They also touch upon the nutritional equivalence, arguing that plant-based consumers expect matching or superior nutritional value to dairy milk.

In another memo, lawmakers cite the example of Burger King and TGIF menus putting plant-based meat options in the same category as conventional products to claim that these practices “not only hurt the Wisconsin meat and agriculture industry, but mislead and confuse the consumer”.

Speaking to FoodNavigator, Michael Robbins, policy and media consultant at the Plant Based Foods Association, called the “anti-competitive, anti-free market” ​bills “unnecessary, unconstitutional, and misguided”​ and effectively a solution in search of a problem.

In a statement, PBFA said: “Each bill presents an attempt to impose new restrictions on how plant-based companies communicate with their customers, infringing on their First Amendment rights to label their foods with clear, non-misleading terms.”

It adds: “Companies selling plant-based foods use easy-to-understand, clear, and descriptive language on their labels, including words such as ‘yogurt’, ‘milk’, and ‘sausage’ with well-understood qualifiers… All segments of the plant-based market can utilize the term ‘plant-based’ to make their labels clear to consumers.”

Read our story explaining how the plant-based labelling debate is heating up globally.

Anay Mridul
Anay is journalism graduate from City, University of London, he was a barista for three years, and never shuts up about coffee. He's passionate about coffee, plant-based milk, cooking, eating, veganism, writing about all that, profiling people, and the Oxford Comma. Originally from India, he went vegan in 2020, after attempting (and failing) Veganuary. He believes being environmentally conscious is a basic responsibility, and veganism is the best thing you can do to battle climate change. He gets lost at Whole Foods sometimes.
Previous articleBeing the only carbon-negative country is a matter of pride for Bhutan’s people
Next articleWhat I wish I knew when I first went vegan