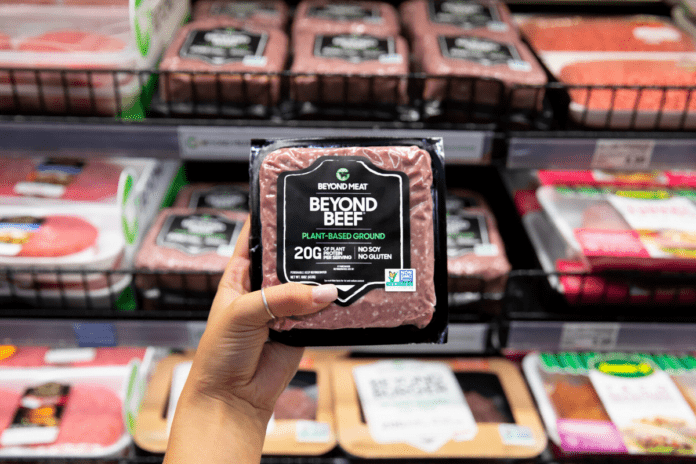 According to Nielsen data, via The Wall Street Journal, plant-based meats have been so popular amid the COVID-19 pandemic, that their sales have increased by 246 per cent in the United States. The data reveals the most significant spike in grocery food sales were alternative meats with Beyond Meat and Tofurky bringing in the most sales.

This comes after the US has revealed a shortage in the meat industry due to coronavirus, causing many to purchase plant-based alternatives, plant-based companies expanding into local US supermarkets and restaurants cutting down on meat as well. Senator Marco Rubio also admitted that ‘we’ll have to go a little vegan,’ due to the lack of meats available.

It was in March when meat-free alternatives gained popularity with sales surging 206 per cent in the first week of March and increasing to 279 per cent in the week ending 14th March. According to Bloomberg, other plant-based foods being dried beans, kidney beans and chickpeas have also seen an increase in sales ranging from 90-140 per cent.

However, in comparison to the animal meat market, while the plant-based meat market saw an increase of $25.7 million, it’s animal-based counterpart saw a $3.8 billion expansion, despite the shortages.