Plant-Based Meat Sells More When in the Meat Aisle 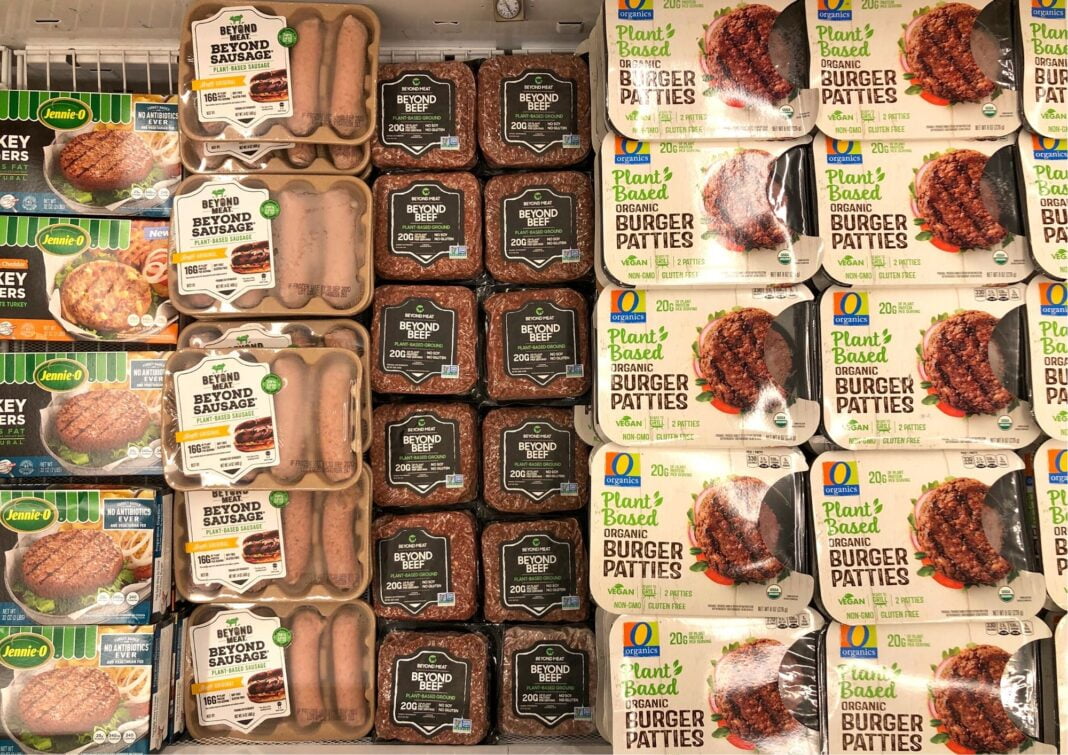 A study published by the Plant Based Foods Association shows that plant-based meat sales increase when sold in the regular meat section.

Plant-based meat sales increase by approximately 23% when sold in the meat aisle of your local grocery store, according to a new study.

A 12-week examination by Plant Based Food Association (PBFA), which represents the interests of 170 plant-based food companies, and Kroger, the largest grocery retailer in the US, placed all vegan meat in a three-foot set within the meat department. The test was also conducted in partnership with Kroger’s data analytics subsidiary, 84.51°.

This follows reports in May of a 246% spike in vegan meat sales, partly due to the coronavirus-induced lockdown, as consumer demand for meat alternatives skyrocketed. This mirrors the growth of all plant-based food in the US, with plant-based meat sales rising by 61% post-panic-buying through April end.

The study had 60 test stores in Colorado, Indiana and Illinois between December 2019 and February 2020. During this trial period, PBFA saw that alternative meat sales were up 32% in the Midwest region, where flexitarians are on the rise. And Denver had sales up 13%, which already has a high concentration of vegans.

Julie Emmett, senior director of retail partnerships at the PBFA, said: “This research proves that it is important for retailers to place plant-based meat where shoppers expect to find it: in the meat department. Other retailers are sure to make this change with this new data in hand.

“The increase in sales in the Midwest demonstrates there is tremendous opportunity for plant-based meats to succeed everywhere, including in the nation’s heartland.”

The study also featured sales analysis, interviews, email, education for store personnel and audits. Responses from the meeting were mainly positive with shoppers being “excited and impressed” with a variety of alternative meats. They also assumed that plant-based meats would be in the meat aisle – making the study prove they were easier to find and purchase.

Anam Alam
Anam is a freelance writer for The Vegan Review and a student studying journalism. She is a passionate writer who possesses a range of skills ranging from audio, video, editorial and creative writing. Her goal is to educate the public and the world with stories that she feels need to be talked more about in society.
Previous articleSqueaky Bean: The food brand breaking vegan stereotypes
Next articleViral Video: How Cows are Mistreated for Their Leather