Which plant-based milk is the best one for your nutritional needs? 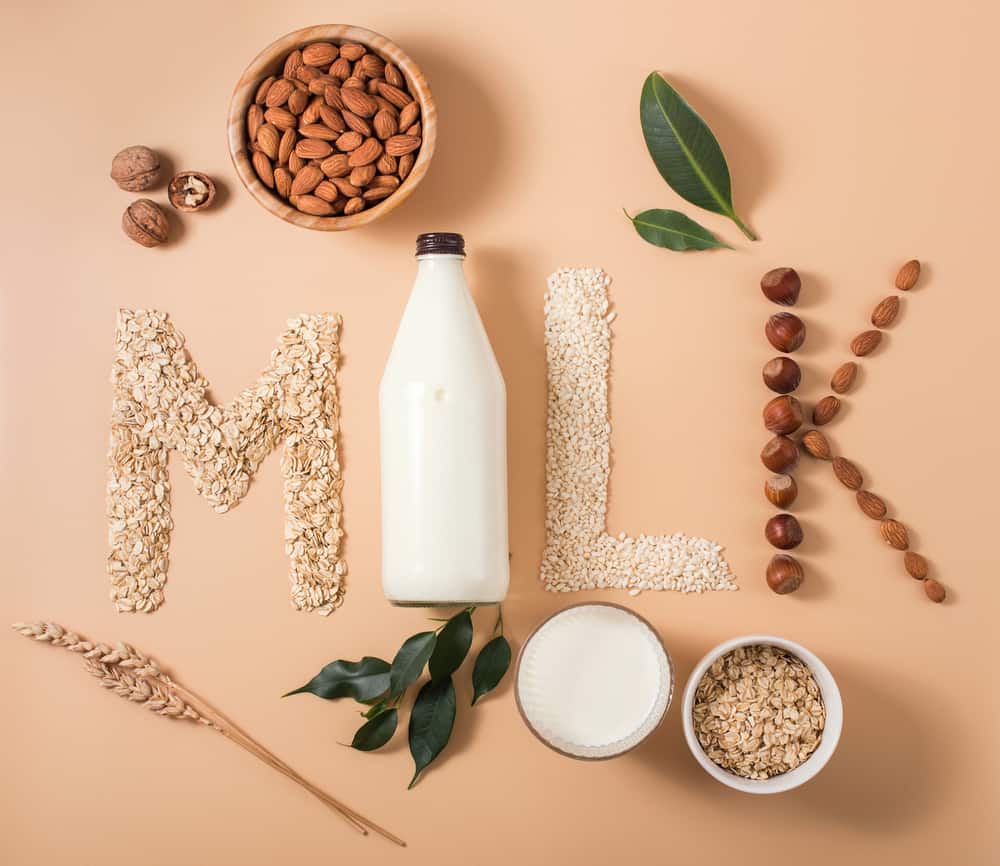 Choosing the perfect alt-milk to suit your health and fitness goals can be challenging. Here is an overview looking at the nutrition of the UK’s top plant-based milks.

When it comes to nutrition, plant-based milk and dairy alternatives tend to differ in their composition — from protein, sugar and fortified vitamins to additives and thickening agents.

Before you pick up a new plant milk at the supermarket or even a supermarket own-brand variant, try and find one that is fortified with vitamin B2, vitamin B12, vitamin D and calcium, especially if you are consuming it on a daily basis. 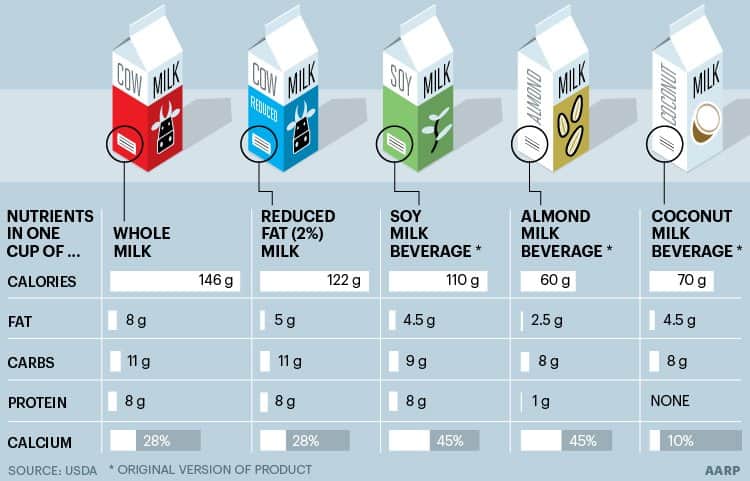 Most plant-based milk alternatives in the UK are fortified. However, it never hurts to check again. Here’s an overview of the nutrition in different types of plant-based milk. 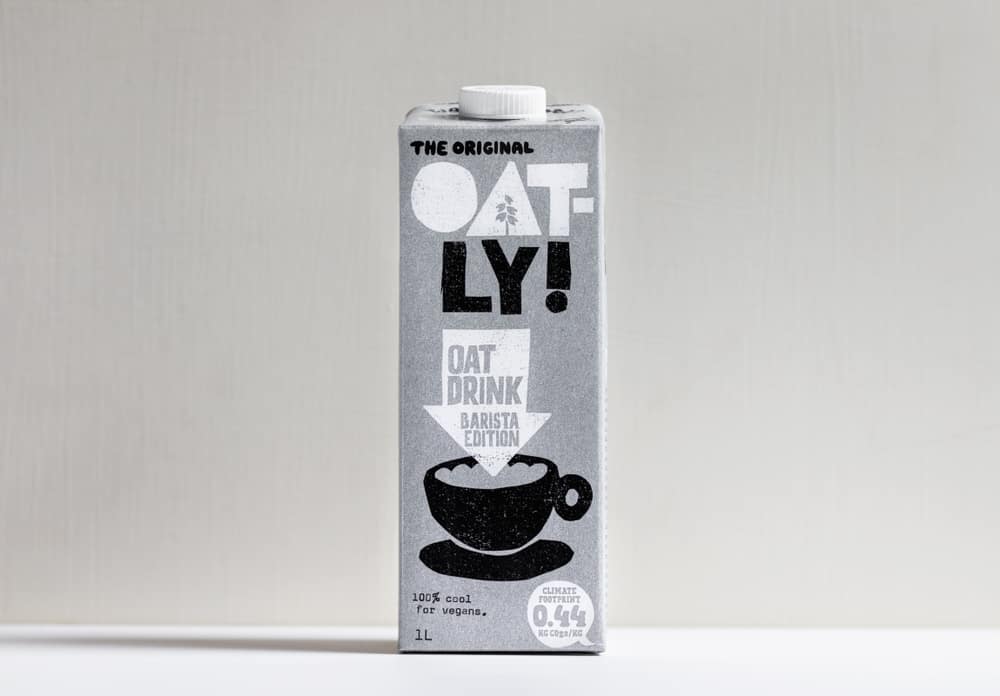 We recommend: Oatly Barista Edition
Is it fortified? Yes

Oat milk is well-known for its rich, creamy texture and its growing popularity for making various coffee-based drinks such as oat lattes, cappuccinos and more.

Oat milk is made by mixing water and oats, then milling the mixture. The oat mixture is processed to remove the oat bran layers to produce the base of the milk.

Oats contain plant compounds such as beta-glucans, which have LDL cholesterol-lowering properties, as shown in many studies. Oat milk is a great source of fibre and one of the most popular choices for a milk alternative.

If you haven’t tried it already, Oatly’s Barista Edition pairs wonderfully with espresso.

To find out which oat milk works best in different applications, read our in-depth review. 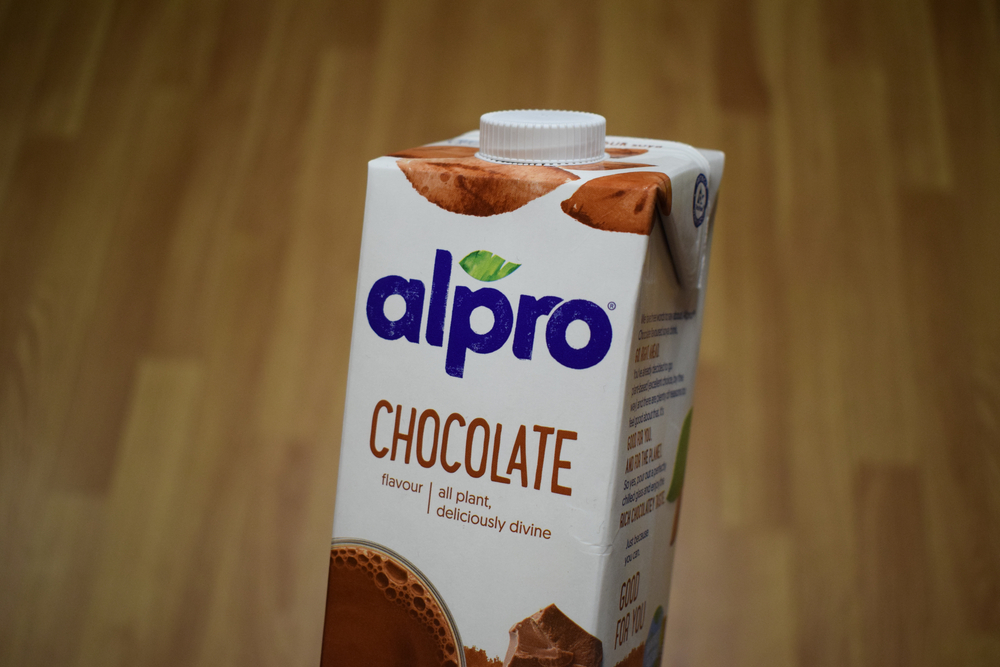 We recommend: Alpro Chocolate Soy Milk
Is it fortified? Yes

If you are looking to increase your protein intake, soy milk is the alternative for you. Soy milk by far has the highest protein content from all the mainstream plant-based milk alternatives (aside from pea milk). In fact, the protein content in soy milk is often equivalent or even higher than the total protein found in cow’s milk.

Soy milk is also naturally rich in calcium and other naturally occurring compounds such as soy isoflavones, which have been shown to increase bone density.

Read our story debunking the myths behind soybeans and phytoestrogens.

Soy milk is made by soaking and grinding soybeans, boiling the mixture and then filtering it out to give it a milk-like consistency.

This protein-rich drink is a great milk alternative to use in smoothies and post-workout protein shakes to get that extra boost of protein.

Check out our recipe for traditional Chinese sweetened soy milk. 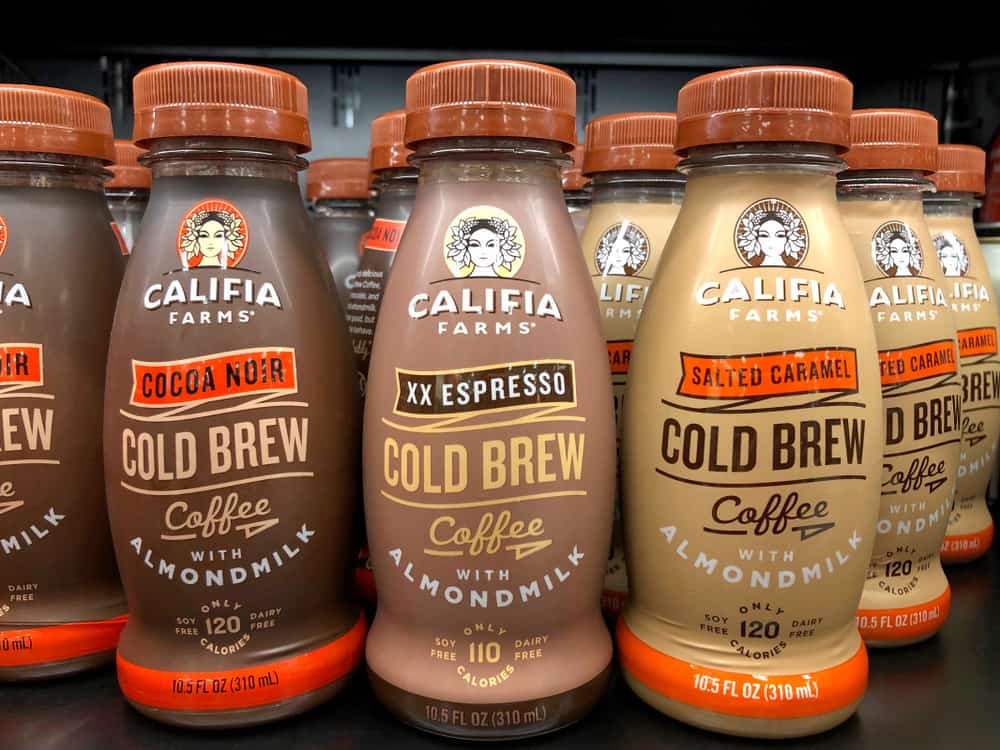 We recommend: Califia Farms Cold Brew
Is it fortified? Yes

Almond milk is another option for those of you who may have a soy allergy or simply don’t like the taste of oats. It is a rich source of healthy fats and nutrients such as vitamin E, potassium and magnesium.

Almond milk is definitely a lighter, lower-calorie option, if you prefer a ‘skimmed milk’ type of consistency to pair with your coffee or cereal in the morning.

Whole almonds are blended with water and strained to produce almond milk, which has a nutty flavour.

We recommend: Thai Kitchen Organic Canned Coconut Milk
Is it fortified? No

Coconut milk is produced by combining coconut cream and water, which is strained to produce a creamy, white liquid. Coconut milk is often used for soups, curries and sauces as a thickening agent, as it provides a rich and creamy texture to many dishes.

It is a staple in many cuisines such as Thai, Burmese and South Indian dishes. It is a great way to swap out your dairy-based creamers and also provides a healthier, more wholesome plant-based option. Make sure to pick up a full-fat coconut milk for a creamier pasta or curry.

Read our guide to swapping dairy in vegan Indian cooking. 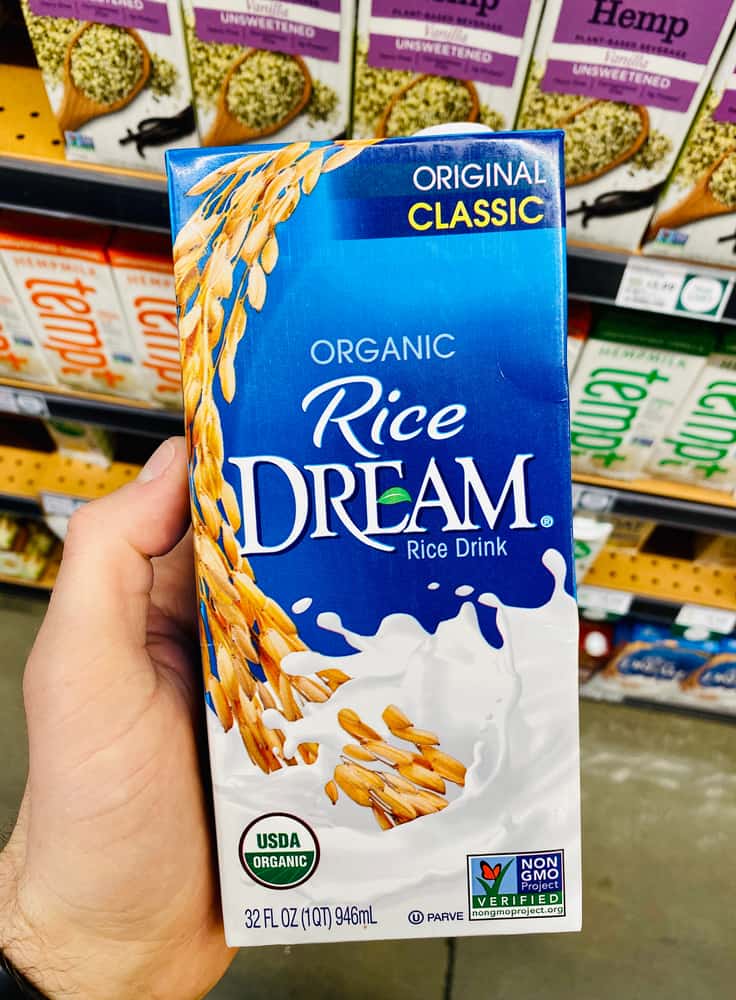 Rice milk is generally a less common alt-milk. However, it is available at select stores in the UK and tends to be a very good option for people with high allergen sensitivity.

Rice milk is made by pressing the rice grains and processing it through a grinding mill, and combining with water. Rice Dream, in particular, fortifies its rice milk with vitamins A, B12 and D as well as calcium.

However, in comparison to other plant-based milks, rice milk tends to be much lower in dietary fibre, and thus lacks that satiating component. Nonetheless, if you are looking for a light, gut-friendly alternative, rice milk may be the perfect choice for you.

What about the additives, thickening agents and preservatives in plant-based milks?

Many vegan milk alternatives more often than not contain emulsifiers like guar gum, xanthan gum and soy lecithin. Some emulsifiers have been linked to some digestive and gut issues like bloating and gas. However, studies have suggested that these effects are only observed if emulsifiers and additives are consumed in excessive amounts in healthy individuals.

It is important to remember that certain people with gut sensitivity or digestive issues may be more sensitive to these ingredients than others. Thus, if you generally have a healthy gut microbiome, added emulsifiers in milk alternatives shouldn’t be a problem for your health if consumed in appropriate amounts.

However, if you do experience digestive symptoms after consuming these ingredients, it may be a good idea to limit them in your diet.

Devika Vanjani
Devika is a writer specialising in nutrition and health. Currently finishing her degree in Biomedical Sciences at King's College London, Devika grew up in the Philippines and moved to London three years ago. She has been vegetarian her whole life and went vegan in January 2019 and hasn't looked back since. Her background and research in university centres around whole food plant-based diets and evidence-based nutrition in veganism. Devika also strongly advocates for environmental sustainability and animal welfare through plant-based living. She loves to travel (especially around Asia) to explore the world's cuisines and diversity.
Previous articleDealing with the aftermath of the Simlipal forest fires in India
Next articleSky News launches first primetime news show dedicated to climate change