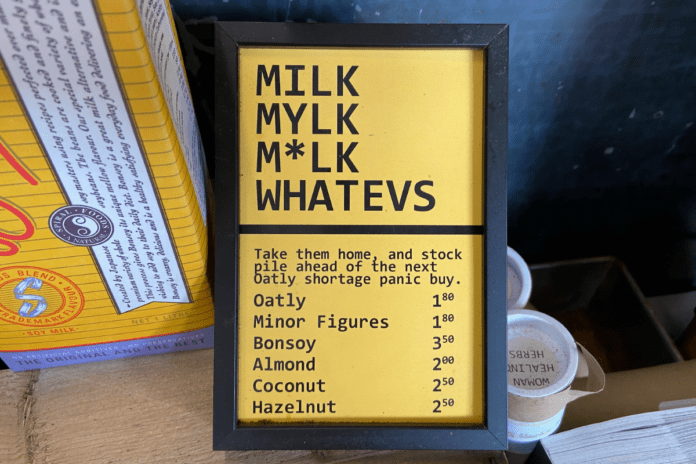 As a barista at a busy café, I pour hundreds of flat whites every day. But I’ve never seen the demand for regular milk go this low; almost half of all out milk-based drinks are requested with oat milk.

That needs to change.

Let’s take a look at the base prices for non-dairy milk for a moment. That cost is at the core of the issue. In supermarkets, cow’s milk is cheaper than its vegan counterparts. The perception that the latter is reserved for the well-off, ‘hipster’ part of society is invalid and outdated. Last year, sales for plant-based milk skyrocketed by 70% in the UK.

The retail and wholesale costs are, of course, more expensive. But it’s not like those brands are trying to profiteer by charging more than they need to. Producing plant-based milk is more costly than cow’s milk, not least because the dairy industry is subsidised by the UK government.

But the way we compare those costs can be faulty. Dairy alternatives are often labelled pricier because people automatically choose a popular, usually higher quality brand to draw a comparison. Why not look at the bare minimum? 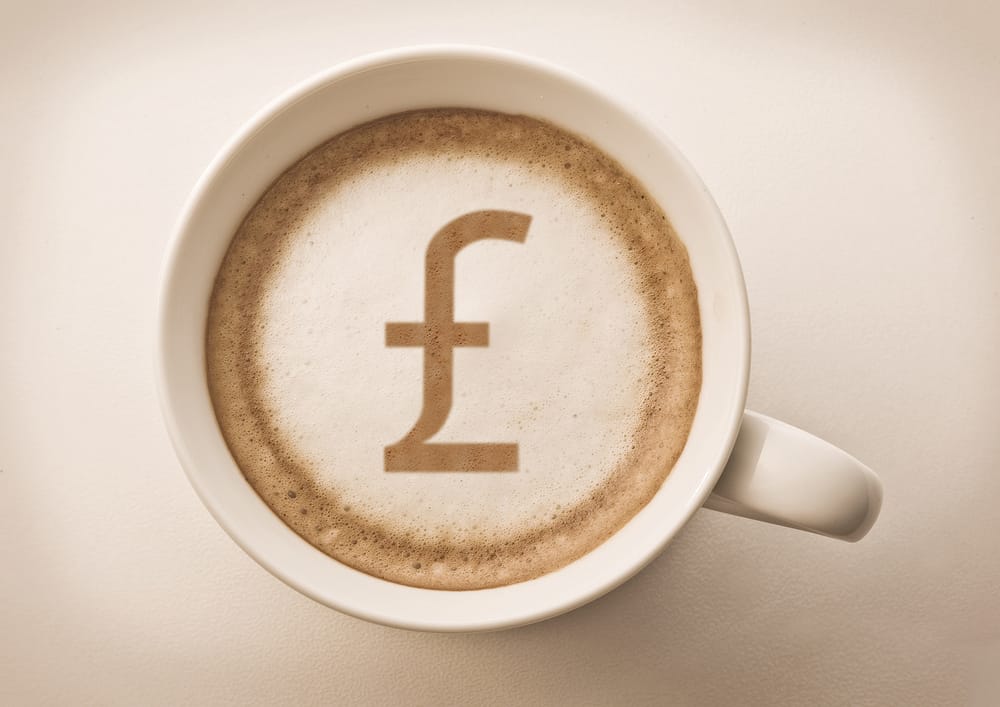 At ALDI, a 1l pack of soy milk, the cheapest of all plant-based milks, costs 59p. A 2-pint bottle of whole milk, the closest quantifier to a litre, costs 80p. That’s 70.4p per litre. Look at it that way, and soy milk is cheaper than regular dairy milk. Of course, a 4-pint whole milk bottle equates to 48p per litre, but unit prices are always relatively cheaper as the quantity of the product increases. You could say the same for soy milk; if they produced larger packs, it would have a cheaper litre-by-litre cost too.

So, coffee shops. Some independent cafés already don’t use surcharges. Plant-based cafés like Kentish Town’s Fields Beneath aside, many local shops like Monmouth Coffee have the same prices across the board. There is a lot more to specialty coffee culture than just the coffee. Transparency, ethical sourcing, championing producers, premium quality offerings, and a lot more. Cafés now have a much bigger focus on their carbon footprint, but they shouldn’t be charging their customers more for it.

The big chains are on the other side of the spectrum. Their quantity-over-quality approach often overlooks the environmental impact. No doubt, they all have recycling measures and more eco-friendly packaging put in place. But that’s the bare minimum.

Starbucks, the world’s biggest high-street coffee chain, is a curious case. They still charge 40p for dairy alternatives, but, unlike most independents, they have the power to control the manufacturing costs. They produce their own oat, almond and coconut milk. For a corporation as large as Starbucks, surely they can do better than to charge 50p extra for using plant-based milk they manufacture themselves.

Although Costa Coffee slashed the surcharge for their latest Christmas campaign, it still charges 50p extra. In Caffè Nero, another big chain, non-dairy milk costs 40p. Pret A Manger is the only coffee chain in the UK that doesn’t have an added cost to its dairy alternatives, making the switch this January. But that comes with a caveat surrounding the rest of the menu.

They figured that the only way to offset their expenses was to increase the beverages’ base price. This meant that, while alternative milks cost the same, drinks with normal milk were now more expensive. In Pret’s London outlets, the cost of a standard latte rose from £2.55 to £2.75. In a way, it’s almost as if Pret is asking people to pay a 20p surcharge for cow’s milk in their lattes. It’s a big gamble, but it’s a refreshing change of pace to see a massive chain stand up for the minority consumer base, in order to do what’s right for the planet.

It’s 2020. Veganism isn’t a fad anymore; over 600,000 Britons have gone plant-based. Carbon emissions and factory farming are huge factors in going vegan. People don’t want to pay extra for making more conscious choices. And they’re voicing their displeasure: over 100,000 consumers have petitioned Starbucks in the US to stop vegan milk surcharges.

That petition is driven by PETA, which bought shares in the Seattle-based company specifically to end the extra dairy alternative cost. Talk about a power move. In its sustainability commitment report, Starbucks admitted that dairy products are its biggest source of carbon emissions. “Alternative milks will be a big part of the solution,” Kevin Johnson, the company’s CEO, said at the time. “The consumer-demand curve is already shifting.” But he didn’t follow that up with any announcements about ending the plant-based milk surcharge.

It’s better for dietary intolerances, better for animals, and better for the climate. So why should it be worse for the wallet?