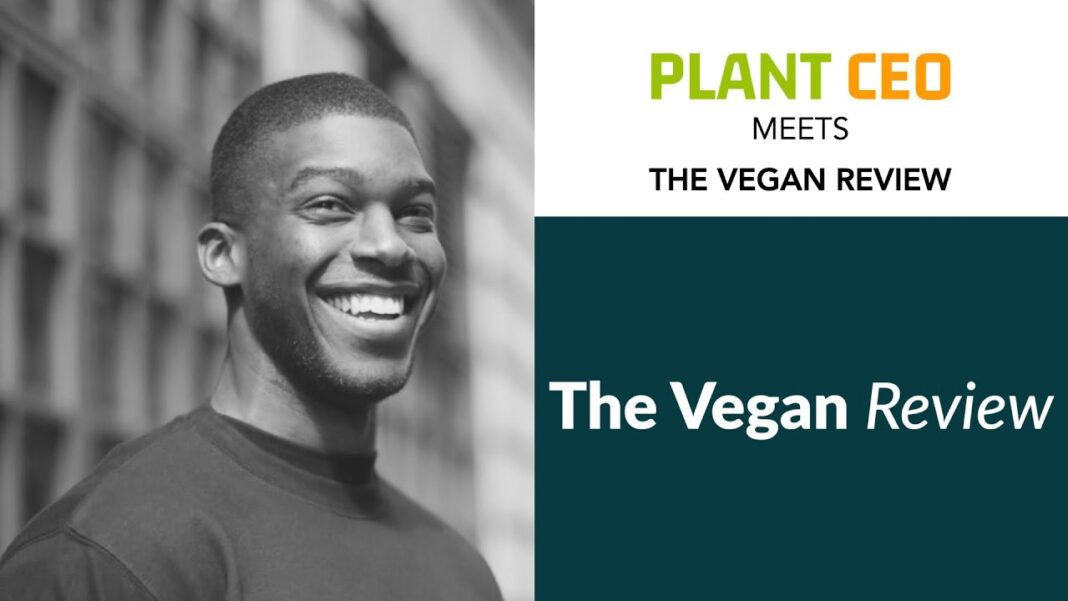 For over 40 minutes, they discuss how The Vegan Review and its team came about, spirituality, Rastafarian culture, basketball and the landscape of vegan media. The video description reads:

“In this episode, we speak [with the] remarkable Damoy Robertson, the founder of The Vegan Review. Damoy’s new publication is for vegans and non-vegans. His aim is to breakdown the barriers to veganism and describes his content as a cross between The Guardian and Vice Media.

“Of Jamaican heritage, we discuss how the Rastafarian belief system of Ital revolves around eating a plant-based diet. Damoy is also quite spiritual himself and believes that animals shouldn’t be used as food.

“Basketball is another love of his and we discuss NBA players that are also vegan. Damoy’s girlfriend Jaimie van Duin, also an entrepreneur, has created a vegan pizza company called iHeartPizza and together they have now launched a new accessories brand called Hukua.”

Joshi, who started the PLANT CEO podcast late last year, previously said of the show: “I decided to create this YouTube podcast, PLANT CEO, basically looking at businesses, showcasing certain companies, CEOs and leaders in their fields, and giving them a platform to talk about their brands.

“I used to watch This Week in Startups by Jason Calacanis. He would bring in a range of interesting companies and interview the founders. I kind of got the inspiration from that show, but to focus it on a niche area, which is plant-based leadership.”

Anay Mridul
Anay is journalism graduate from City, University of London, he was a barista for three years, and never shuts up about coffee. He's passionate about coffee, plant-based milk, cooking, eating, veganism, writing about all that, profiling people, and the Oxford Comma. Originally from India, he went vegan in 2020, after attempting (and failing) Veganuary. He believes being environmentally conscious is a basic responsibility, and veganism is the best thing you can do to battle climate change. He gets lost at Whole Foods sometimes.
Previous articleSteele & Borough: leaving leather behind for a kinder future
Next articleClimate change: what you can do and the impact one person can have