Planting trees with a click: the unlikely tech behind reforestation 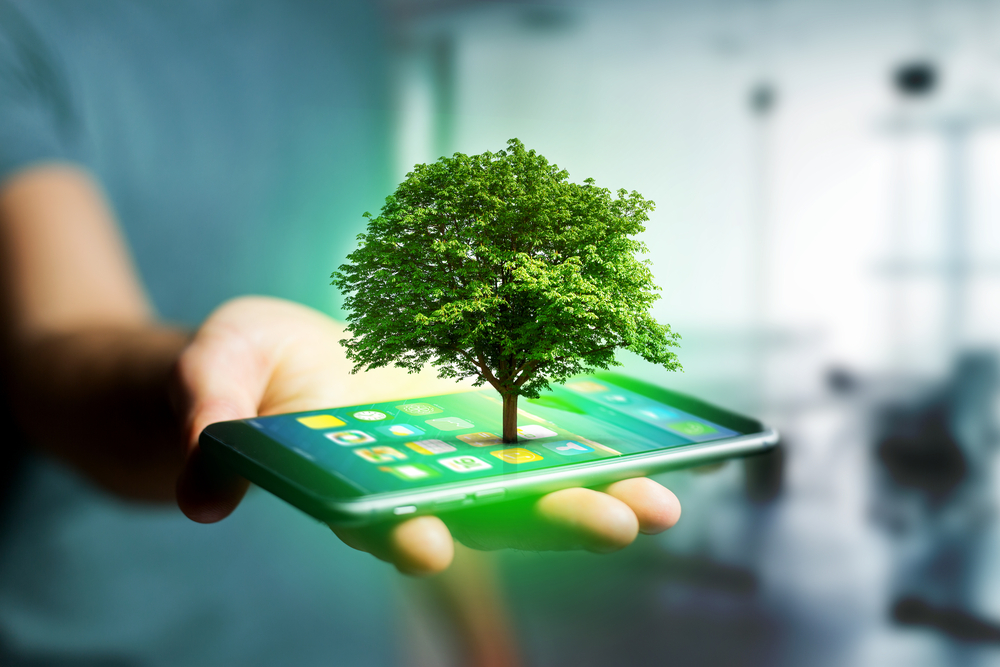 There are various ways we can help the planet. An innovative way to use technology to aid with reforestation around the world is via apps and websites.

Reforestation is always something I think about. I see or hear about trees being cut down on a daily basis, but I never think to do anything about it. I stumbled across an app called Forest, which not only plants trees but also helps with productivity, and I’m surprised more people aren’t aware of it.

The app was founded by Shaokan Pi and Amy Cheng in 2014. Dantu from Forest explains that the app is “well-known for its gamification and mind-calming features and has peaked on the charts of productivity apps in multiple countries”.

The Forest app works well for those with difficulty concentrating. Whenever a user wishes to focus without being distracted by their phone, they can start a timer on the Forest app. Once the clock starts ticking, a tree begins to grow. If the user cannot resist the temptation of using their phone, the tree will wither. If the user does manage to stay away from their phone during the period, however, they’ll be rewarded with a healthy tree as well as virtual coins. 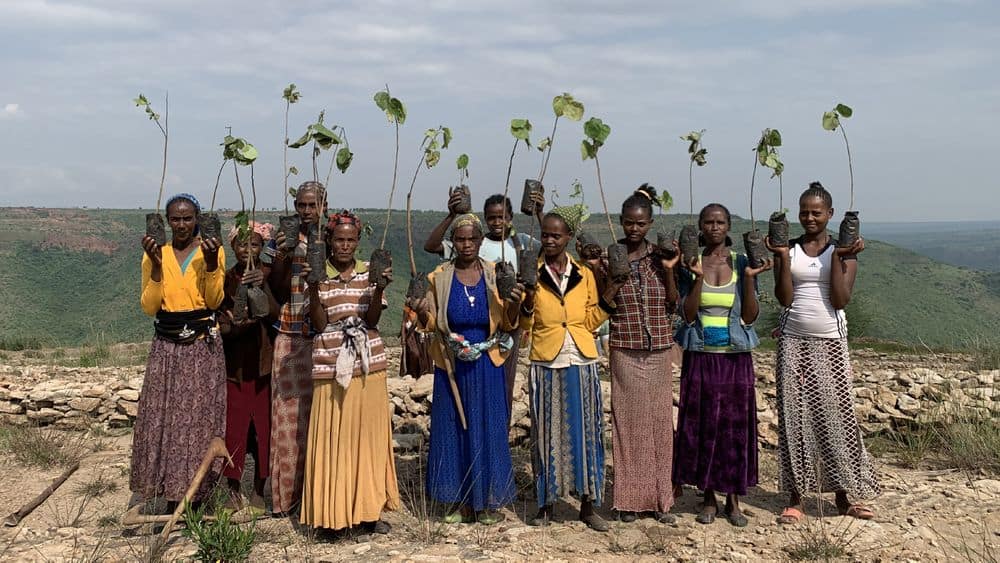 Shaokan Pi, the co-founder of Seekrtech, Forest’s developer, says: “The concept of Forest is to make everyone a better version of themselves while making this world a better place.”

Forest has over 100 million global downloads so far and has been effective in terms of planting trees. It began collaborating with a Maryland-based tree-planting organisation, Trees for the Future, in 2015. Users can use the virtual coins in the app to plant real trees, with a maximum of five real trees for each user. Dantu explains: “Then, our team will donate the amount of money to the tree-planting organisation.”

Read how nutrition brand RawSport pledged to plant a tree for every product sold.

After five years, the app reached the milestone of donating one million trees this January. According to Trees for the Future, the trees are mainly planted across these five Sub-Saharan countries: Senegal, Cameroon, Kenya, Tanzania, and Uganda.

Dantu from Forest believes it is important for users to download the app. “We are living in a world full of temptations, and Forest plays an important role among people having a hard time concentrating.”

The app has received a lot of positive feedback from students and ADHD patients. as it has helped with increasing attention span, productivity and phone addiction. Simultaneously, the Forest app is also combatting the issue of climate change and striving for better solutions in today’s world. 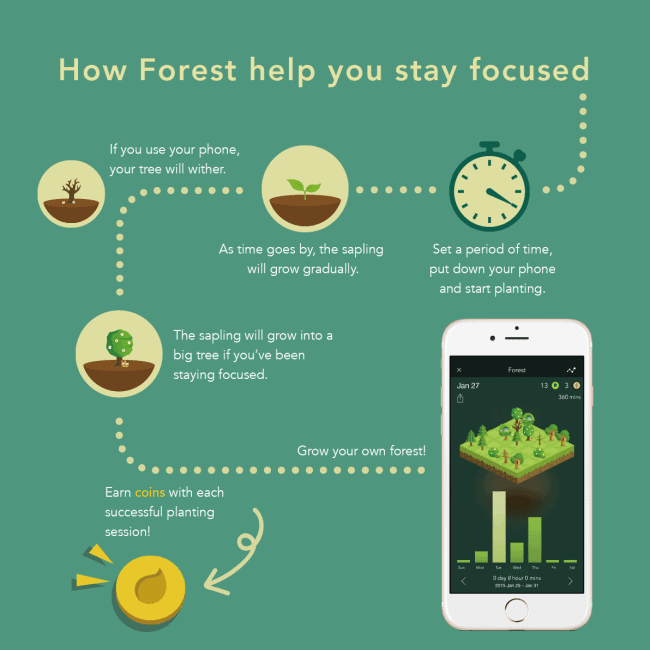 Ecosia, on the other hand, is a Chrome extension that plants trees while you search the web. It was founded in December 2009 after Christian Kroll travelled around the world and became more aware of the problems surrounding deforestation.

It works rather simply: users are able to search the web for Ecosia, which generates income through ad revenue, and Ecosia uses that to plant trees. Susy Peddie from Ecosia explains that the search engine has 15 million users globally.

She says: “It’s a very effective business model. Search engines make money through advertising revenue. From the remaining profits, 100% goes into climate action, and at least 80% of that into tree planting.”

The business has been able to plant over 120 million trees in just 10 years, and this number continues to grow exponentially. It has planted over 120 million trees in 26 countries around the world. “We prioritise biodiversity hotspots and have a broad tree-planting portfolio, from planting mangroves in Madagascar and forest corridors for chimpanzees with Jane Goodall in Uganda, to planting alternatives to palm oil monocultures in Indonesia,” explains Peddie.

The brand only partners with local organisations that have a positive track record, which can monitor the trees carefully, using geo-tagging, polygons and satellite imagery to see the positive impact of trees over time.
Peddie adds that there are a number of ways to use Ecosia. You can download the Ecosia app, use it in your browser by making it your default search engine, or download the free browser extension. “Set and forget, and you’ll be planting trees in no time,” she says.

She explains why it is important for the brand to plant so many trees. “Trees are a powerful part of the solution to the climate crisis. They reduce carbon in the air, restore biodiversity, combat hunger and poverty and help to regulate extreme weather systems.”

She adds that they also play an important role in communities, improving soil fertility to help people grow crops, providing food and income. They create an entire sustainable system. “On top of that, planting trees is incredibly cost-efficient. It doesn’t require advanced technology.”

Ecosia has also developed the Ecosia On Campus programme. The programme is a global community of students campaigning to make Ecosia the default search engine at universities worldwide. There are already 200 active campaigns around the world, and the company has planted more than 175,000 trees.

Mansi Vithlani
Mansi Vithlani is a journalism student at City, University of London. A vegetarian her whole life and a massive foodie, she enjoys discovering more about veganism and eating vegan cuisine! She enjoys investigating social media based stories and how its influence has made a significant difference in the last few years.
Previous articleTesting 7 egg substitutes for the perfect vegan cookie
Next articleEat Just raises $200 million in latest funding round