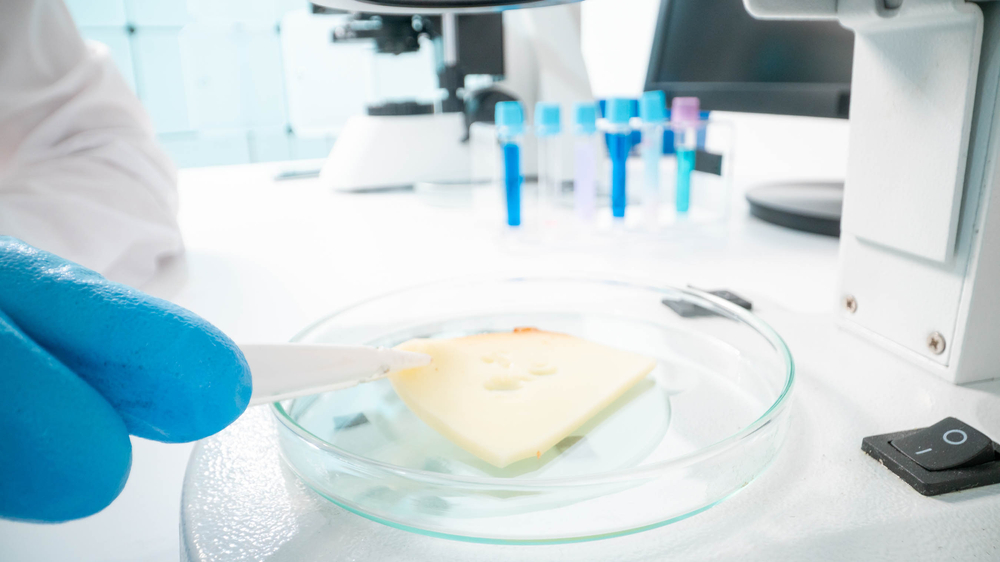 Hallmarked as the third pillar of alt-protein, precision fermentation can harness real dairy proteins to make vegan cheese without the animals.

In the near future, vegans will be eating real cheese, according to leading players in alt-dairy. Not cheese substitutes made from coconut or cashews, but actual cheese. Because scientists have figured out how to make real cheese, identical in taste, texture and nutritional profile to traditional dairy without using a cow.

The game-changer is the precision fermentation process, which will enable a new wave of fermentation-based dairy products to appear in stores over the next few years.

Emma Ignaszewski from the Good Food Institute, a non-profit that supports plant-based food, describes precision fermentation as “a process for producing alternative proteins and other ingredients without animals. It uses microbial hosts like yeast as ‘cell factories’ for producing specific functional ingredients — like proteins and fats. It’s especially useful for producing ingredients that typically require greater purity than a product’s primary ingredients.”

Irina Gerry is the chief marketing officer of US-Australian alt-dairy company Change Foods. She says the technology allows the brand to produce bio-identical dairy proteins, like casein, without the use of animals: “We do this by encoding dairy protein DNA sequences on to microorganisms, such as yeast or fungi, and then placing them into fermentation tanks, like those used to brew beer, where the yeast or fungi eats simple plant-based nutrients and sugars to grow.

“During the fermentation process, these select microbes produce proteins that are identical to those found in cow’s dairy milk. These proteins are filtered into a pure milk protein isolate that can be used to create favourite dairy products without the use of animals.” 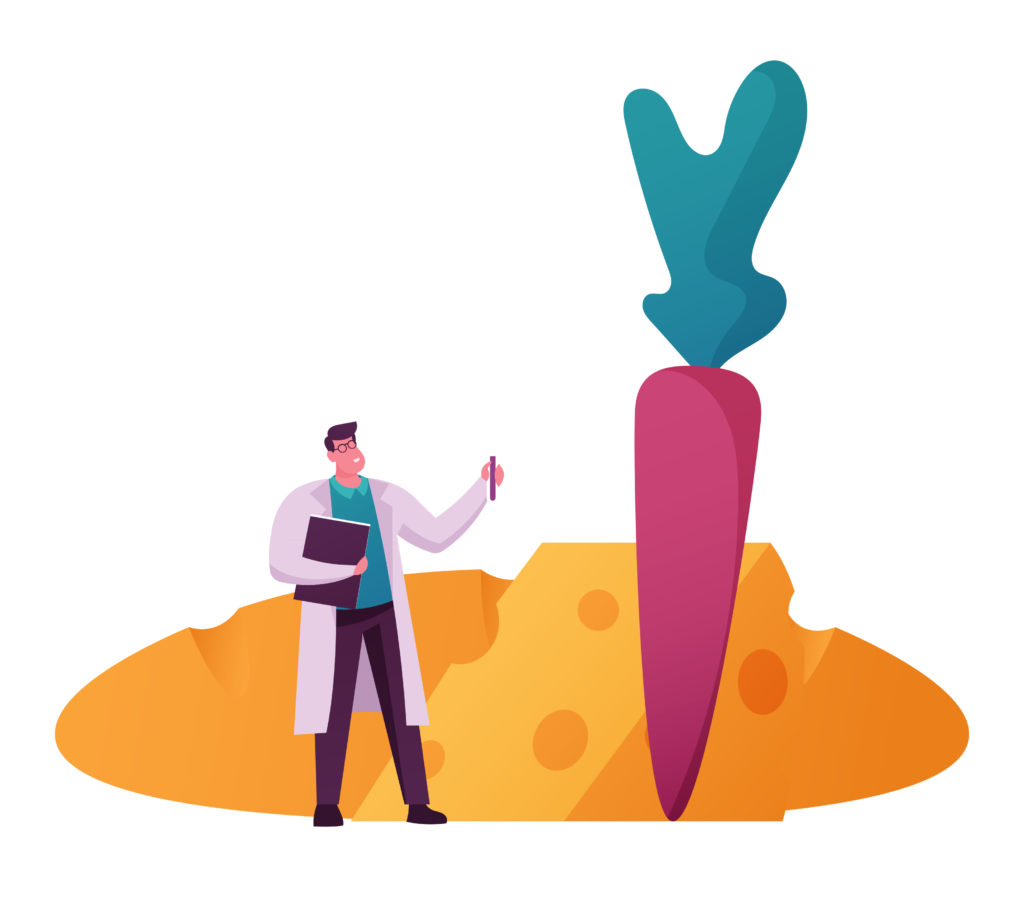 “It eliminates the need to get ingredients from animals. In addition to the animal welfare, environmental, and public health benefits, using precision fermentation at scale can be incredibly efficient,” explains Ignaszewski. “The conversion of inputs to outputs is vastly more streamlined than cycling calories through an animal. As these technologies scale up, the prices will come down.”

She further points out that food think tank RethinkX anticipates that prices for dairy proteins like casein and whey will be five times cheaper than animal-based versions by 2030.

A good example is Perfect Day, an American company using fungi to make whey and casein proteins identical to those produced by cows. It uses cow genes already catalogued in free scientific databases. Genetic information can also be obtained from hairs or a cheek swab.

Perfect Day’s fermentation-derived dairy proteins are a key ingredient in the animal-free ice cream by Brave Robot and Smitten, which is now on sale online and in shops in the US.

Nate Crosser is the entrepreneur-in-residence at Blue Horizon Corporation, a leading venture capital and private equity firm focused on alternative proteins. He has consulted with numerous precision fermentation companies and written and spoken extensively on the topic. He says these products will be of particular interest to vegans.

“Precision fermentation solves the issue of animal exploitation, even if animal proteins are present. It’s absolutely vegan. Precision fermentation will make veganism much more accessible by enabling new delicious products. We should be open-minded about the new generations of alt-protein products coming to market.

“Even though a product might seem technological, we should realise that nearly everything we eat nowadays is the result of food technology. These technologies have the potential to liberate billions of animals from suffering, reduce human malnutrition, fight climate change and prevent the next outbreak of zoonotic disease.”

There are around 51 food companies working in precision fermentation developing alternative proteins. Here are some to watch.

The protein is 100% animal-free as well as lactose-, hormone-, GMO-, and antibiotic-free. “Instead of taking the milk from a lactating animal, we can produce our animal-free milk proteins using precision fermentation,” she says. “Our proteins are purified to create a milk protein concentrate, which we use to create all kinds of cheeses.”

Winterberg insists that the animal-free cheese isn’t a plant-based substitute — it’s the real thing, made from real milk proteins, just without the cow. Among the current varieties are ricotta as wells as aged and ripened cheeses.

“We have identified cheese as the most substantial consumer pain point when it comes to replacing animal products in our diet. Our products are not like cheese, they are cheese,” she reiterates. “They provide the same functionality, taste, nutrition, and texture as animal-based cheeses, but use substantially fewer resources, creating fewer emissions and being 100% animal-free.”

Read our investigation into how vegan cheese producers are replicating dairy.

Set up by the people behind The Vegetarian Butcher, Those Vegan Cowboys is working with traditional Dutch cheese producer Westland to launch a range of plant-based cheeses, which will be on sale later this year.

Hille van der Kaa, the chief operating officer, says: “We are making vegan food that is indistinguishable in flavour and structure from traditional milk and cheese. Our biotech company in Ghent makes our milk proteins using precision fermentation.”

She likens it to brewing beer, only that it’s just a starting point. “With our method, we use five times less water and energy,” she reveals. “Precision fermentation allows us to produce the milk proteins very efficiently, with a much better eco-footprint compared to the traditional production using cows.

“We use the genetic code for the milk proteins. Genes are synthesised and integrated using well-known food-grade microorganisms. We optimise and train these microorganisms to produce proteins efficiently and quickly, yielding high concentrations.”

Its CMO Irina Gerry explains: “We harness the power of microbes to create real dairy proteins and fats through precision fermentation. We then use traditional cheese-making techniques to turn them into cheese that tastes, stretches, and melts just as you’d expect.”

She says the brand is in the product development phase and planning to get to market in 2023. The biggest difference between Change Foods’s cheese and the plant-based cheese available now is that the former will contain actual dairy proteins, which she says will significantly improve the texture and flavour.

“For those advocating for the removal of animals from our food system for environmental or ethical reasons, this is an amazing solution, one that will help bring more people to animal-free food,” assures Gerry. “However, the products might not qualify to be labelled as vegan, as they will not be suitable for those with dairy allergies.”

Read how MeliBio is using microbial fermentation to make vegan honey without the bees.