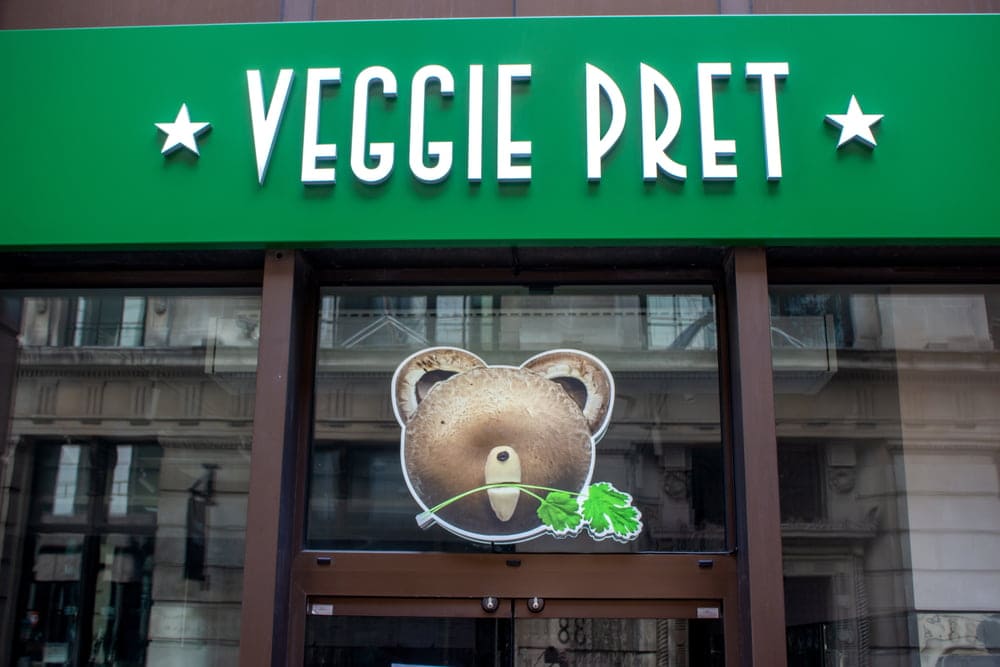 International sandwich shop chain Pret a Manger will be opening an entirely vegan bakery in all its Veggie Pret stores across the UK.

Pret a Manger has announced it will be launching a fully vegan bakery in all its Veggie Pret stores in the UK.

The baked goods will be available for takeaway and delivery via Pret Delivers, Deliveroo, Just Eat and Uber Eats from today.

Clare Clough, managing director of Pret UK, told Plant Based News: “We’re really proud to be the first high street food-to-go retailer to launch a unique concept like this. Expanding Veggie Pret’s offering for our vegan customers has been a huge focus of our food development over the last year, and moving to an entire vegan bakery is very much the result of that.

“Our previous vegan bakery products, like the Dark Chocolate and Almond Butter Cookie and the Very Berry Croissant have always been big hits with customers — vegan and non-vegan alike.”

However, this is not the company’s first time creating vegan bakeries, as, in January, Pret had launched the vegan croissant, which proved to be a success. And in light of Covid-19, the company recently reopened its Veggie Pret stores in London and Manchester and partnered with food delivery services to ensure everyone can still get their vegan options.

Anam Alam
Anam is a freelance writer for The Vegan Review and a student studying journalism. She is a passionate writer who possesses a range of skills ranging from audio, video, editorial and creative writing. Her goal is to educate the public and the world with stories that she feels need to be talked more about in society.
Previous article8 non-vegan beauty ingredients and their substitutes
Next articleBright Barley announces its World Plant Milk Day celebration plans