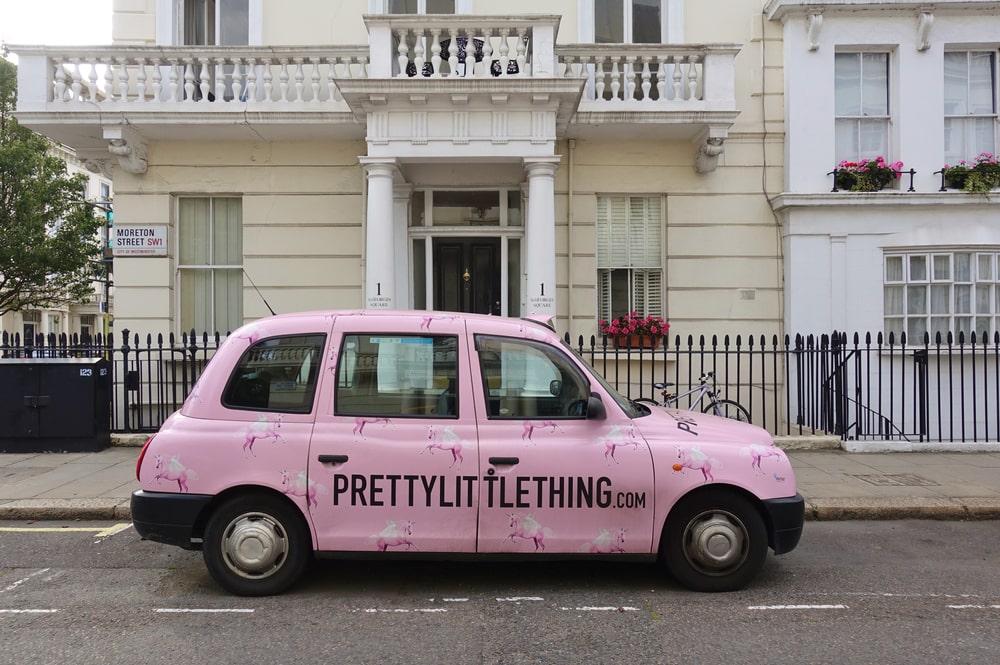 Black Friday brought countless sales. Pretty Little Thing’s Pink Friday ‘penny sale’ stood out from the rest, but for all the wrong reasons.

November 27 was the date of 2020’s shopping fest, otherwise known as Black Friday. Black Friday takes place the day after Thanksgiving every year and its name comes from 1869, when the price of gold increased, causing a crash and the stock market to drop 20% and the city was full of shoppers that Friday. And so, Black Friday was born.

Black Friday is loved by many — I mean, who doesn’t love some sale-shopping? However, there are some deeper, darker problems to Black — or in this case, Pink — Friday.

On November 27, 2020, Pretty Little Thing (PLT) tweeted: “PINK FRIDAY IS FINALLY HERE #PLTPinkFriday,” releasing its take on Black Friday. Like many other companies, its sales started at midnight, and to say it was popular would be an understatement. But with most major retailers taking between 50% to 70% off their items at most, PLT decided to outdo everyone with its Pink Friday sale by reducing items by a whopping 99%. Yes, 99%!

So, its Pink Friday sale can also be referred to as the ‘penny sale’, selling shoes for 25p and dresses for 8p. And, of course, considering the popularity of PLT and the appeal of clothes for pennies, it’s no surprise that everything sold out in a matter of minutes.

Yet, despite the appeal, there are a number of problems with PLT’s ‘penny sale’. These problems boil down to one big problem: fast fashion. Fast fashion is when cheap, fashionable clothes are made and sold in high street stores at a fast pace to meet consumer demand. The mass-production of clothes means corners and, more specifically, wages are cut. Garment workers are forced to work for low wages in dangerous environments and without basic human rights. And all this for an 8p dress.

Unfortunately, however, PLT is not the only fast fashion brand out there and its Pink Friday ‘penny sale’ is by no means the start of the problem. In fact, almost all high street brands you’ve heard of are culprits of fast fashion. In a consumerist society, fast fashion has become the norm to meet the constant demand. And this demand longs for fashionable clothes that cost pennies — literally, in this case. 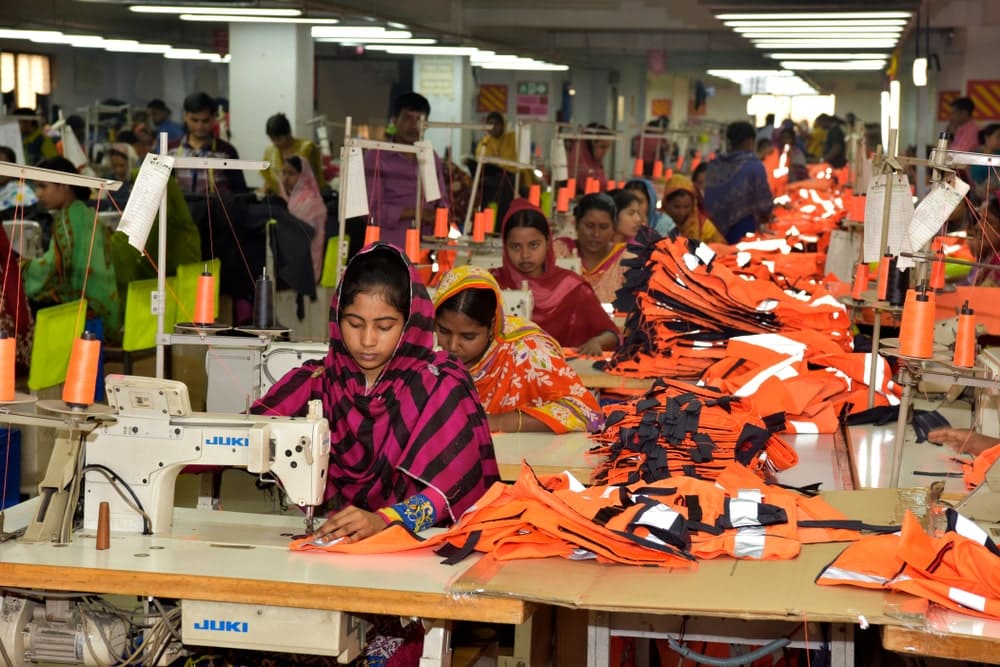 But the important questions to consider are: how can a dress for be sold for 8p, and who’s losing out as a result? In this case, it’s the garment workers, of whom the majority don’t earn a living wage. In 2019, a report by Oxfam found that 100% of garment workers in Bangladesh and 99% in Vietnam earn below the living wage. And just last month, The Guardian found that Boohoo, the company that owns PLT, was paying its factory workers “as little as 29p an hour”.

In 2013, the reality for these garment workers was made apparent when a garment factory collapsed in Dhaka, Bangladesh. The building, called Rana Plaza, had closed its shops and bank earlier after cracks were discovered, but the factories were kept open after the building’s owner assured them that everything would be fine. They were ordered to return to work an hour before the building collapsed.

This is just one of many examples that bring to light the dangerous and life-threatening conditions these garment workers are forced to work in to meet the demands of PLT and fast fashion on a wider scale. As a result of the collapse of Rana Plaza, more than 1,138 people died and 2,600 were injured. These conditions aren’t safe to be in at all, let alone to work in for long hours each day. So are the 8p dresses really worth it?

Another problem with PLT’s ‘penny sale’ is its negative impact on the environment. Fast fashion employs cheap materials, which often contain microplastics, and the garments are usually manufactured in Asian countries, where the majority of factories run on oil and gas. The production of fashion currently makes up 10% of carbon emissions, then there are emissions from delivery and waste, as, annually, 85% of textiles go to landfill. It’s no surprise that the fashion industry is the third-most polluting industry. So, this mass-production of clothes to meet consumer demand damages the environment.

Consumerism needs a force, and that force is fast fashion. Companies like PLT profit from fast fashion since the clothes are made so cheaply with a fast turnover, but the consequences are deadly. 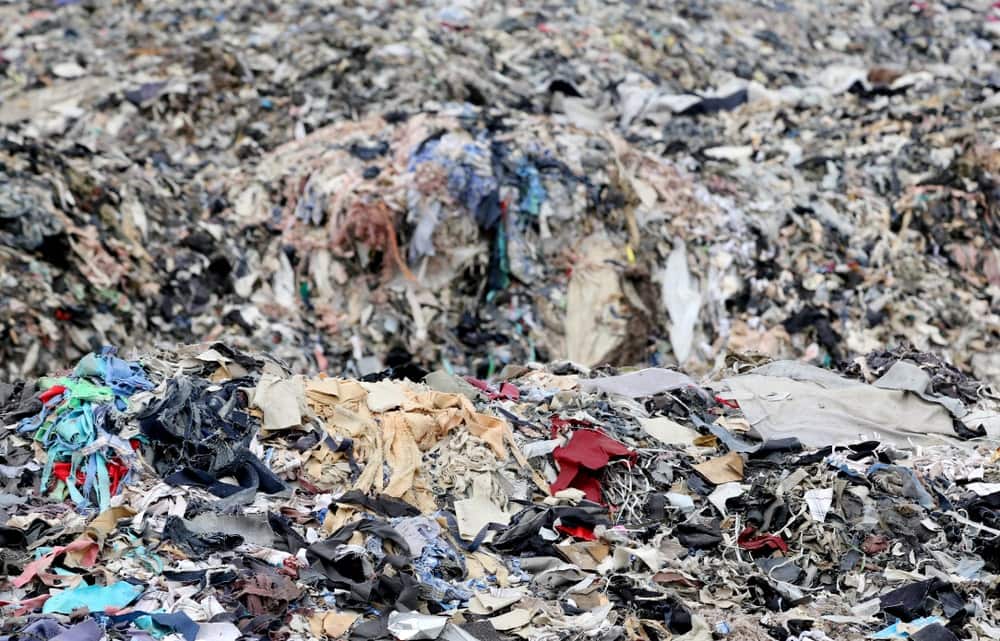 Fast fashion provides people with cheap, low-quality clothes for a couple of wears, then to be thrown out, so they order more, fuelling the industry further. This way of shopping is not only damaging in a number of ways, but it’s also completely unsustainable. Despite costing as little as pennies, these clothes will not last and will lead to spending more money in the long run.

The fashion industry relies on customers spending more and more on unsustainable, cheap clothes, which pollute our planet, risk garment workers’ lives, and are eventually sent to landfill. Pennies might seem like nothing, but think of the people in the supply chain, and of the planet. There are lots of problems with PLT’s penny sale, but, all in all, the power is in our pennies.

Chloë Morgan
Chloë is a recent English graduate from Loughborough University. She tries to use her writing to raise awareness of important issues in an attempt to help others. Her passions lie in social justice, mental health and sustainability. After taking part in 'Veganuary', she developed an interest in veganism and recently went vegan. She is also trying to boycott fast fashion as much as possible by shopping second-hand and more sustainably.
Previous articleThe UK’s first plant-based training programme for chefs launches tomorrow
Next articleNatural and vegan additives headline Omya’s ingredient solutions