‘Putting water on fire’: how Hanna Sillitoe healed her skin through plants 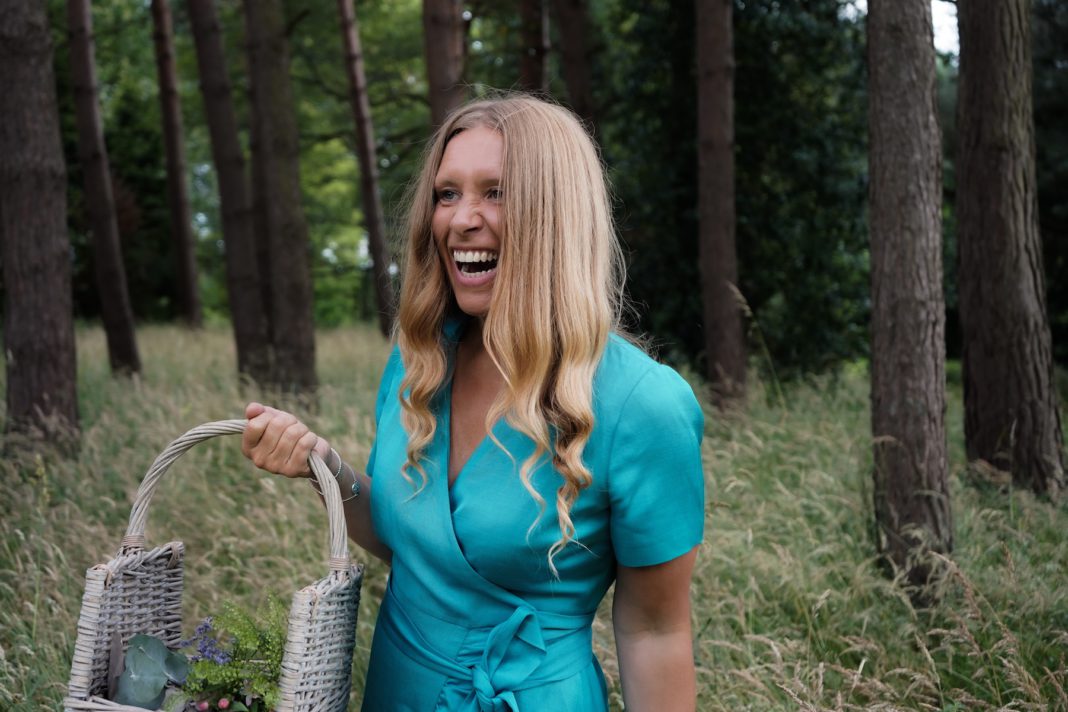 Following 20 years of steroid creams, Hanna Sillitoe discovered the hidden power of a plant-based lifestyle. She now inspires thousands to change their skin from the inside out.

“I reached rock bottom when I was offered Methotrexate, a chemotherapy drug,” says Hanna Sillitoe, recalling the day she realised medicine wasn’t ever going to change her skin condition. The 41-year-old suffered from psoriasis for over 20 years. A problem with the immune system, it manifests as a scaly overproduction of cells on the surface of the skin.

Nearly seven years ago, she discovered the secret cure: a richer plant-based lifestyle. Two books and her own skincare range later, Sillitoe wants to show the world that a simple diet and lifestyle change can be more beneficial than any drug.

“Over the years, I’d become addicted to an unhealthy diet of carb-filled, sugary junk,” she says. “Life was quite stressful in lots of different ways, and rather than being inspired to make a change like most are in January, I just felt completely demotivated and miserable. And my skin showed it.” With her business coming to a close and her relationship ending, Sillitoe felt stuck.

Her psoriasis was impacting her work, her relationships and her social life, and her doctor was now offering her yet another solution. “It was like being offered this magic pill,” she recalls. But the links to chemotherapy and the liver tests she’d have to take, as well as the side effects that might require more medicine, put her off. “I didn’t want to get into this trap.” Some of the steroid creams Sillitoe has taken over the years left scars worse than the condition itself.

She said no. But she left the clinic knowing she’d have to take action herself. That’s when she discovered juice masters and healers of their own autoimmune skin conditions, Jason Vale and Joe Cross. She dug deeper.

“My doctor had explained the drug was a suppressant, so it would stop the autoimmune system from overreacting,” she explains. “So I thought: ‘What if I could regulate it instead?’” Studies on shiitake mushrooms and turmeric have shown them to be natural immune modulators, so Sillitoe started incorporating more and more anti-inflammatories into her diet.

She was seeing results within a month. “It was February, I was in a short-sleeved dress and nobody stared. Nobody said anything,” she says, smiling. It wasn’t long before pictures she posted turned into a blog, and she was inspiring others. Three women, one from the UK, Malaysia and Sweden each sent in their transformation images. Sillitoe wasn’t alone on her journey anymore.

“I went from being stressed about everything to buying a campervan and living on a beach in Spain,” she says. “A full-on hippie.”

Sillitoe believes the biggest reason she was never advised to change her diet was because doctors are not educated in that sphere. But she points out that qualified doctors hold a lot of power. If she wanted to convince her parents to do something, they’d be more inclined if someone in a white coat told them — the White-Coat Effect. 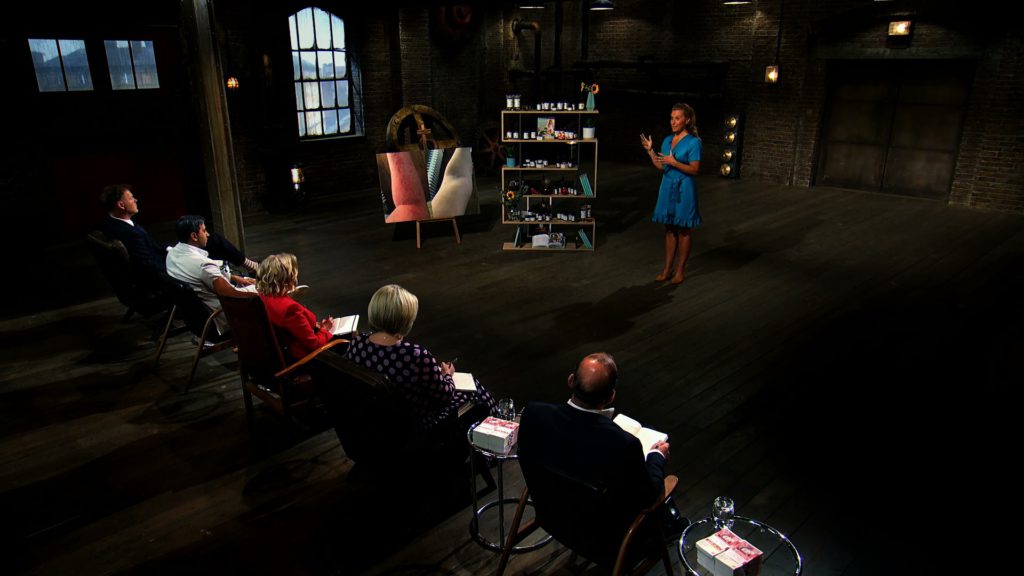 “I think it’s their job to sell pharmaceuticals, it’s what they’re trained to do,” she explains. As medicine begins to explore the microbiome and our gut health a lot more though, more experts like Dr Chatterjee on the BBC and Dr Gemma Newman are breaking down the plant-based medicine wall.

There is still a long way to go. While mainstream medicine is often recommended first, and what she prescribes is the alternative, she says it should be the other way around. “There are no side effects,” Sillitoe says. “So why wouldn’t you start that way and then switch to medicine if you really feel if it’s not making a difference?”

The entrepreneur’s validity was put to the test in 2019, when she went on Dragon’s Den to first pitch her skincare line. She was worried they would make a mockery of her and ask for medical qualifications.

Already up against the medical industry and the pharmaceuticals, she felt small. So having them reject her on national TV would be like “putting water on fire”.

The moment before she went on stage, she remembers thinking: “Take the blue pill or take the red pill. If you leave now, nobody ever has to know that you’re going to do this.” But armed with her words, they all took her side. Sillitoe says her biggest win was having 3.5 million people witness this, so that somebody else would be inspired to make a change.

The entrepreneur says she has a new story in her Instagram inbox every day. While people were embarrassed by their journey in the past, today she is increasingly approached by those who want to share their experiences. There was Charlie, a little girl from Arizona, whose parents had run out of money to pay for her medical treatment. She contacted her mother via Facebook, and sent her first book, Radiant. The book changed the girl’s life.

Paula, from Lancashire, was another example. “She’d always dreamt of going to Ibiza, but had never had the confidence.” Now in her 50s, Paula made it to Ibiza in a gold bikini and backless dress and sent Sillitoe her pictures. “This lifestyle change gave her the confidence to walk around like that,” she adds.

Where GPs are often pressed for time in 10-minute appointments, Sillitoe offers empathy and time, which are crucial with a skin condition. “Often the skin impacts emotional elements in your life more than the physical pain,” she highlights. “It’ll affect what you wear, where you go, who you see, who you’re dating.”

For now, the entrepreneur just wants to keep offering more of the same. Maybe another book here, and some more skincare products there. But she tries not to have a set plan. “This past year has shown that things can change, and being adaptable is very important,” she says. She was set to release a new sunscreen this year, but Covid-19 meant testing the SPF in a centre in France was put on hold. 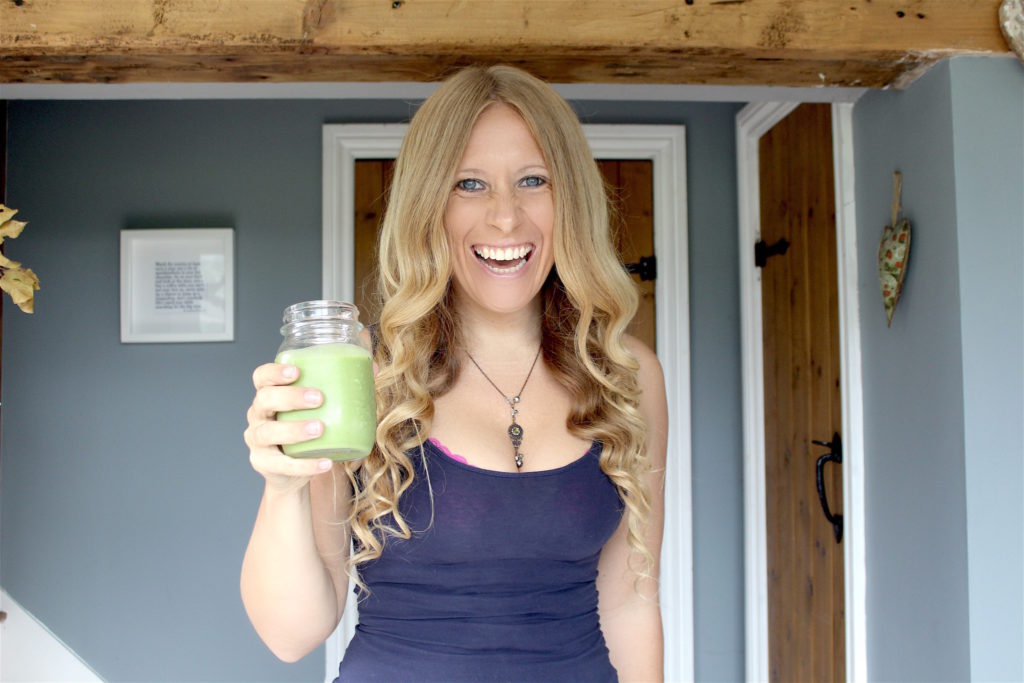 One thing she really looks forward to is getting to go on her retreats again. She says there is a huge difference between someone picking up her book, and her sitting down with them in person. “On my retreats, I would be in charge of breakfast, lunch and dinner, which made them see how plant-based could mean rainbow coloured food. Not boring or restrictive.”

People on her retreat could come and just be themselves, have their skin out, and not worry about the people on the next table saying something. Because they were all in the same boat together. “I can’t change their lives in the space of a week,” Sillitoe says. “But I can give them the stepping-stones to change their own lives.”

Olivia Rafferty
Olivia is the Assistant Editor of The Vegan Review. An aspiring Middle Eastern correspondent currently studying journalism at City, University of London, she is passionate about the planet, she believes veganism is the first step to solving the complexities of climate change.
Previous articleCompanies face scrutiny for alleged forced Uyghur labour in China’s Xinjiang region
Next articleSymrise: Plant-based protein success relies on meeting consumer expectations