Sonalie Figueiras founded Green Queen in 2011, Asia’s award-winning impact media platform advocating for social and environmental change based in Hong Kong. Originally a place for Hong Kongers to access information on how to live a greener life, Figueiras’s platform was one of the first platforms to address environmental, health and welfare issues.

Green Queen now tells the news, showcases people and companies changing the world with solutions, and empowers people with actionable information to change the world.

Today, Figueiras tells the Vegan Review about Green Queen’s journey to success, what lies beyond this, and the effects of being raised as a multicultural kid in the financial hub of Hong Kong.

When and why did you go plant-based?

I came to the world of green and wellness through health. To understand why I had two major hormonal disorders, hashimoto thyroiditis and endometriosis, why I couldn’t be fixed with modern medicine, and why these affected women more than men.

Watching documentaries like Forks Over Knives, and Food, Inc., I saw how chickens and the like were raised and thought: “Oh god, it can’t be good for you to eat an animal that is that unhappy.” I discovered how our food was grown, about water, soil and air pollution, and I couldn’t believe how much of what we eat lacks nutrition.

Luckily enough, I’ve always loved vegetables. So I started eating less meat and fish at home. The less you do it, the less you want to do it.

Then, about three years ago, I got pregnant. I’d reached a point where I was 95% plant-based, and suddenly I couldn’t take the smell or look of flesh. Even the yolk of an egg disgusted me. It was my pregnancy that got me to make the overnight switch. I didn’t turn back from there.

Once in a while though, on account of my mum who’s an avid baker, I’ll have a cake with an egg in it. But in my own household, everything cooked and eaten is vegan. That’s how I try to survive.

What do you believe happens when you stop consuming animal products?

When you remove animal products from your life, your brain changes. You experience an awakening or some neutral pathways open up. That’s what happened to me anyway.

You feel lighter, there’s no heaviness attributed to eating meat. I don’t want to be unkind to anyone who has a different diet; I respect people’s choices. But I’ve been talking to research groups about looking into this, because I believe you do transform when you stop eating animal products for several months. 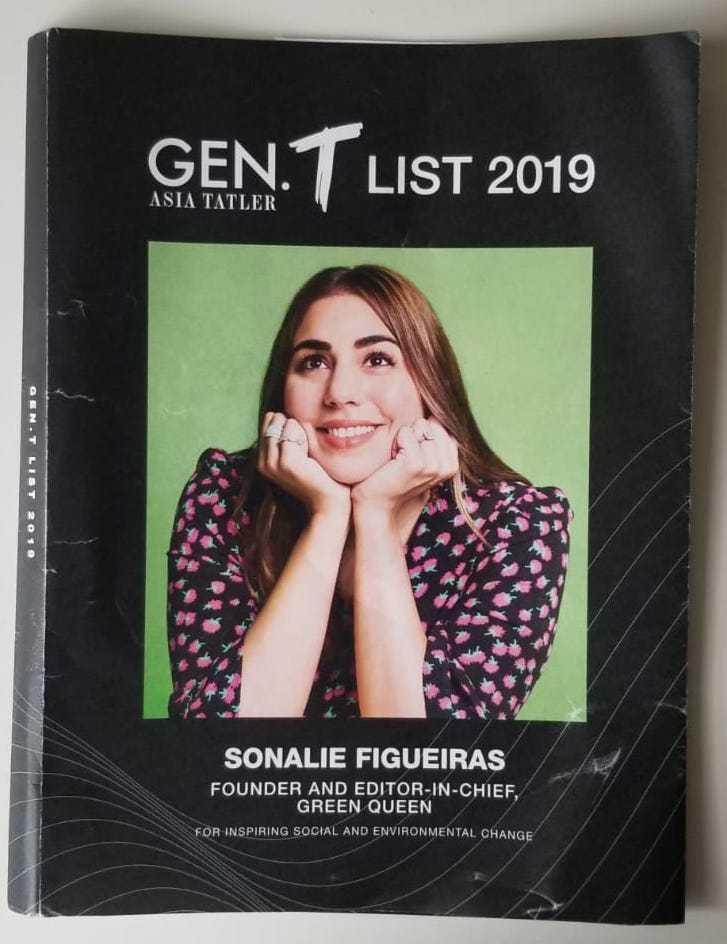 What’s your go-to home-cooked meal at the moment?

I’m half-Indian, half-French, and I grew up in Hong Kong. My mum was also brought up partly in Japan, so I grew up with a really eclectic range of cuisines at home. I don’t have one comfort food; I’m a big cook, so I make a lot of stuff myself. But recently, my go-to dish would have to be handmade trofie pasta with pesto.

My husband makes those, which are good because they don’t need eggs. And then I make the pesto in a pestle and mortar. I’m very old fashioned. I can actually taste the difference between machine-made pesto and handmade pesto. It’s very important it’s made in the latter way.

Check out Olivia’s recipe for homemade gnocchi with basil pesto.

Why was Green Queen the first of its kind to launch in Hong Kong?

The premise in Hong Kong has always been: live fast, spend fast, party fast. We’ve got more restaurants per capita than most places on Earth. Meat is considered a status food. The city is a finance industry hub, and finance and eating steaks often go together.

It lives and breeds by business, and if there’s no path to business success, no one will launch it. Green Queen started as a passion project, not something to make money off of.

How did Green Queen become what it is today?

It first became a media platform in 2014. In 2016, as my education and awareness grew, we made the decision to no longer cover animal products. We were the first to discuss zero waste, which became a trend, and as I realised the seafood and meat businesses in our directory no longer aligned with our green message — Green Queen evolved.

Did you think Green Queen would be this successful when it first started?

I didn’t have a media background; I was working in finance, and wasn’t liking it. I left to start my first business, Ekowarehouse, and Green Queen was a side project. It immediately clicked with people and became something no longer about me, but about Green Queen: a platform that informs, inspires and empowers.

We’ve received hundreds, maybe thousands of messages. The one I get the most is: “Before I moved to Hong Kong, I was worried I wouldn’t be able to continue living my green life. Then I found Green Queen and I felt safe and comforted.” Today there are so many other plant-based media platforms out there [in Asia], but even as little as three years ago, we were the only place to get this information. 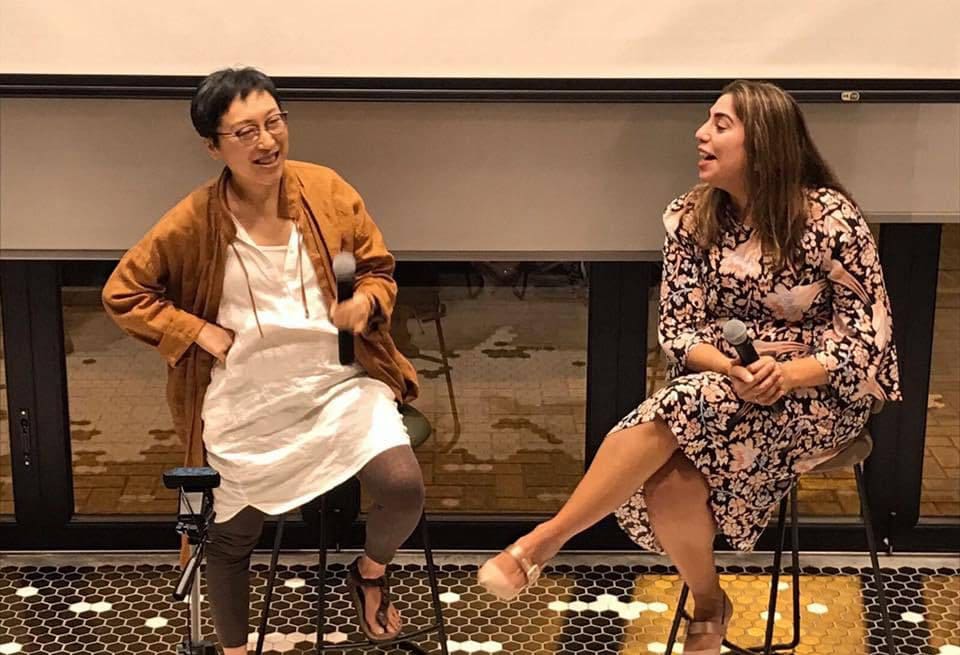 Is it in vegan businesses’ interest to collaborate?

There are many different things that drive vegans. For some it’s the compassion for animals, for others it’s the carbon emissions, but overall I think we’re such a small group right now and we have such a big fight. It makes sense to come together.

But in my short career, that doesn’t work for everybody. People tend to be naturally competitive. As a field gets more crowded, there will be competition. What I will say is if you’re getting into a business just to copy another one, you’re wasting your time.

Where do you see yourself in 10 years’ time?

The sky’s the limit. I’d like for Green Queen to become the CNN of sustainability. It’s important people know, while food is a huge part of what we do, it’s about the entire context surrounding sustainability.

I’ve always wanted my own talk show too. Instagram and other platforms don’t have what I’m looking for, so I’m trying to find a platform where I can share headlines and content that don’t entail using a screen. The talk show would have daily guests, segments and demos. I enjoy interviewing people and telling stories. I’m good at bringing people out in a way that makes them share as authentically as possible, so that’d be my goal.

Olivia Rafferty
Olivia is the Assistant Editor of The Vegan Review. An aspiring Middle Eastern correspondent currently studying journalism at City, University of London, she is passionate about the planet, she believes veganism is the first step to solving the complexities of climate change.
Previous articleWhat you can eat as a vegan in Pizza Hut UK
Next articleVegan bread: the doughs and don’ts of keeping carb cravings plant-based