Questions we should be asking: is sugar vegan? 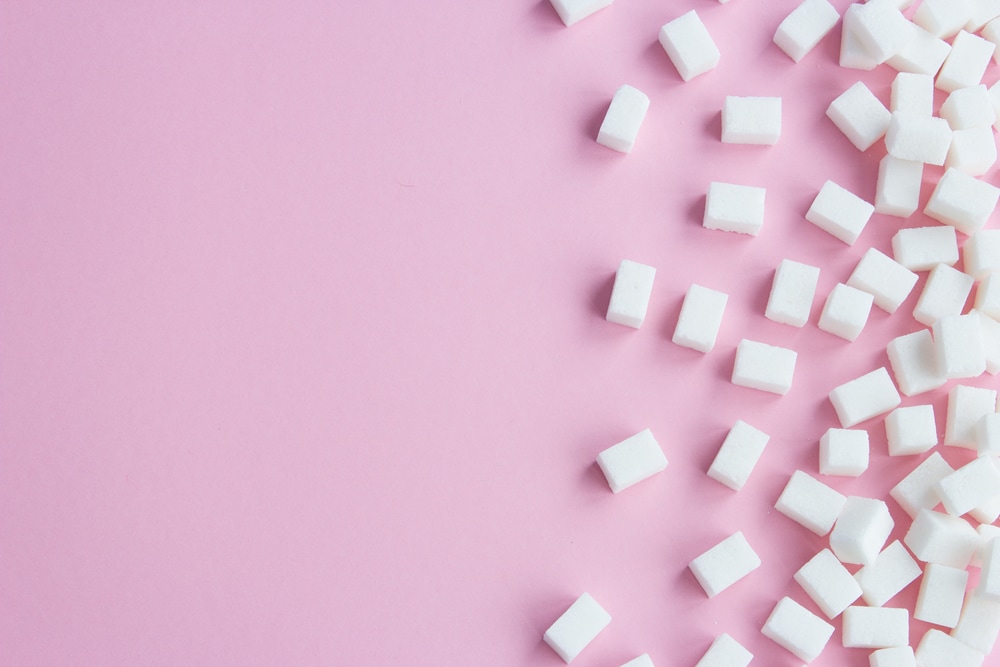 The issue of whether or not sugar is vegan is easy to overlook, but for those striving to be as plant-based as possible, it’s an important one.

You’d be forgiven for rolling your eyes and indulging in some scepticism. But before you dismiss it as a non-issue, there are some facts that you might not know yet. The problems with sugar, like beer brewing, all boil down to pesky production processes, not its main ingredients.

Hate the process, not the product 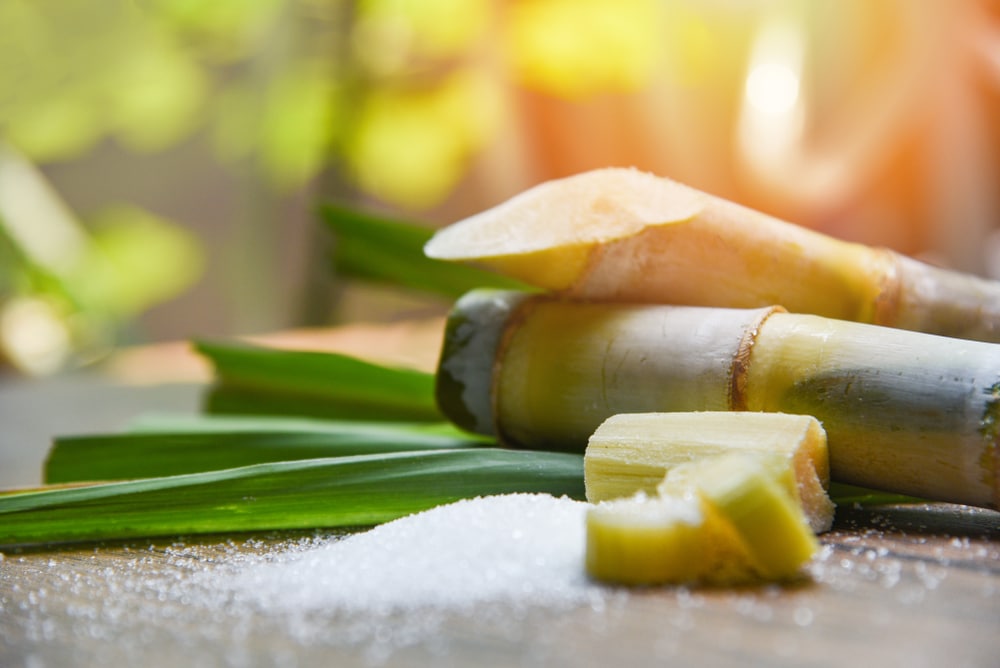 Sugar is usually produced from sugar cane, sugar beets, or coconuts. All-natural and appropriate for a vegan diet, none of these ingredients on their own pose any problems. It’s during the refining process that sugar becomes a non-vegan product.

It’s when their natural colours are stripped away that animal products come in. Regular white sugar is processed through bone char filters to remove impurities and make it into the recognisable pure white granules we all know so well.

Refined cane sugar already has a bad reputation for being the most unhealthy sweetener. But it’s that sinister element and the fact that it’s a central ingredient in many other types of sugar that make this common sweetener so problematic for most vegans.

What is bone char? How is it labelled?

Bone char is made from animal bones, specifically cow bones, heated at extremely high temperatures. Traditional sugar manufacturers use these to bleach and filter their refined sugars. You won’t often find “bone char” stamped onto that box or bag of sugar, though. Many brands simply refer to it as natural carbon.

According to the Vegetarian Resource Group and The Vegetarian Journal, “refined sugar does not contain any bone particles,” which means you aren’t actually ingesting an animal product when you eat foods. However, it’s the mass loss of life and animal deaths (VRG reports nearly “7,800 cattle needed to produce the bone char for one commercial sugar filter”) that makes conventional sugar decidedly not vegan.

What countries use bone char?

In the UK, many companies have stepped away from the use of bone char as a decolourising filter. But they’re not the only ones. Several foreign countries, including Australia and New Zealand, have banned bone char entirely. American vegans need to be extra cautious; the sugar industry in the US still widely uses bone char filters. 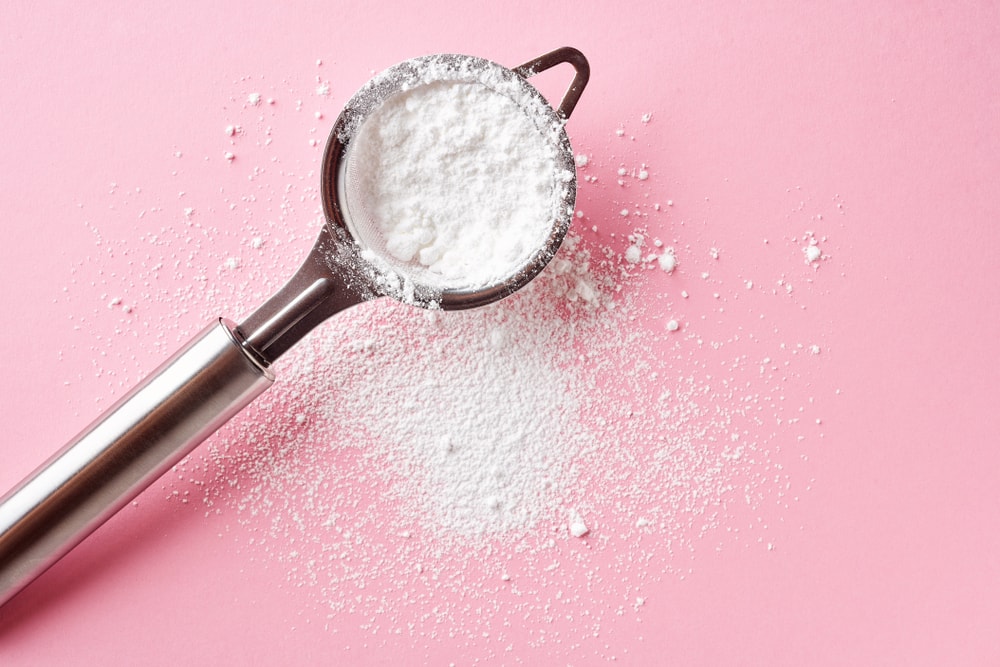 You might think buying brown sugar or powdered sugar from appearance alone will get around the bone char issue. Unfortunately, they use the same process. Here’s how they’re made.

Brown sugar looks and sounds healthier, so it must be more ethically made, right? Wrong. Brown sugar is still made from white refined sugar and still processed through cow bones. It’s adding molasses for taste and moisture that gives brown sugar its darker colour.

Also called confectioners’ sugar and icing sugar, powdered sugar is known for its fine silky texture. It’s the addition of cornstarch that gives this sugar its lightness. But guess what? Powdered sugars are also made from white sugar filtered with bone char.

Be warned that icing sugar can also contain animal-based products like powdered egg whites. That’s what gives frosting its added sheen and hold.

What are vegan friendly sugar alternatives?

To start with, see if you find any certified vegan text or logos. If you don’t see that written out, look for sugars that are labelled organic. Organic sugar processing doesn’t use any bone char– even for white sugar.

That being said, here are vegan alternatives to white refined sugar that you can buy and consume without having to worry. 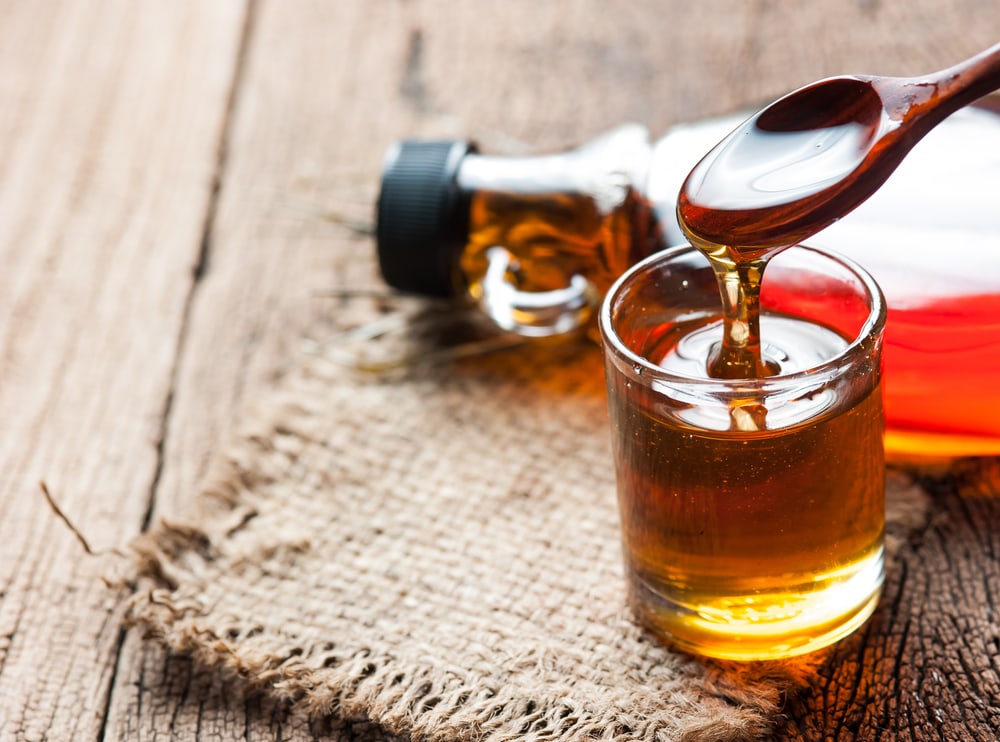 Maple syrup is one of the most popular substitutions for refined table sugar and a top pick for vegans everywhere. Because it’s made from the sap of maple trees, it’s processed through a combination of boiling, evaporation, and reverse osmosis machines.

Maple syrup is beloved for its variety of flavours, colours, and “classes,” ranging from sweet caramel golden to robust molasses-like Very Dark.

Equally delicious in both sweet and savory dishes, this sticky-sweet sap is as perfect for drizzling over a plate of fluffy pancakes as it is whisked into an apple cider and dijon mustard vinaigrette. A healthier sugar alternative, maple syrup is full of nutritious minerals and vitamins like magnesium, iron, calcium, and Vitamin B2.

A light and delicate sweetener from the cactus plant, agave is a popular choice for a low-calorie sweetener. Known for its honey-like flavour, agave is the perfect bee-free alternative to squeeze into a hot mug of chamomile tea or to drizzle onto an almond butter and banana sandwich.

Many brands now offer agave flavours beyond the classic Blue and Raw Blue and have added flavors like vanilla. Agave offers little nutritional value but, unlike refined sugars, it doesn’t compromise a healthy, balanced diet.

Brown rice syrup is a thick, sticky liquid made by breaking down brown rice starch into simple sugars through an enzymatic reaction. Often gluten-free and sustainably sourced, this sweetener is fantastic in vegan recipes that typically call for corn syrup. Its light flavour and chewy consistency make it a fan favourite in vegan takes on nostalgic childhood recipes like rice crispy marshmallow squares.

Also known as coconut palm sugar, this is a low glycemic alternative to refined cane sugar. Made from crystallised coconut nectar, there is no filtration process (bone char or not) in making coconut sugar. With its almost caramel flavour, this vegan sugar is popular in whole foods-based desserts like cinnamon streusel-topped coffee cakes.

Organic sugar is vegan without question. Unlike conventional sugar, agriculture laws prevent organic sugar cane from being treated with harmful pesticides or fertilisers. The processing phase is also strict and bans the use of chemicals, additives, and bone char during the filtering process. Crafted from the granulates of organic sugar beet juice, this vegan sugar is the closest thing to traditional refined white products.

As with beet sugar and coconut sugar, date sugar is always vegan. Made from dried date paste ground into a fine powder, there is no bone char filtration process involved in making this type of sugar. Made directly from a fruit, this low glycemic sweetener has been a game-changer for people with diabetes who enjoy eating vegan and plant-based desserts.

A by-product from the maple syrup process, maple sugar is a vegan friendly unrefined sugar that comes from the boiling maple sap until it evaporates– leaving behind fine granules. This sweetener contains the same powerhouse nutrients as maple syrup and is an excellent substitute for conventional brown sugar.

This vegan-friendly sweetener is also known as turbinado sugar, not to be confused with organic beet sugar or cane sugar. Sold under the popular name Sugar in the Raw in the US (one of the most popular vegan sugar brands), this is a relatively unprocessed sugar. Made from pure cane juice, raw sugar crystals undergo only one crystallisation process, and their natural molasses isn’t removed from the final product.

With its rich, earthy taste, raw sugar is delicious in stirred into cups of tea and scattered on vegan gingerbread cookies and apple crumble pies.

What brands of sugar are considered vegan?

In the US, the following companies sell vegan sugars and other sweeteners appropriate for a vegan lifestyle:

You can also find brands with vegan sugar options by looking them up individually.

But shouldn’t we be eating less sugar anyway? 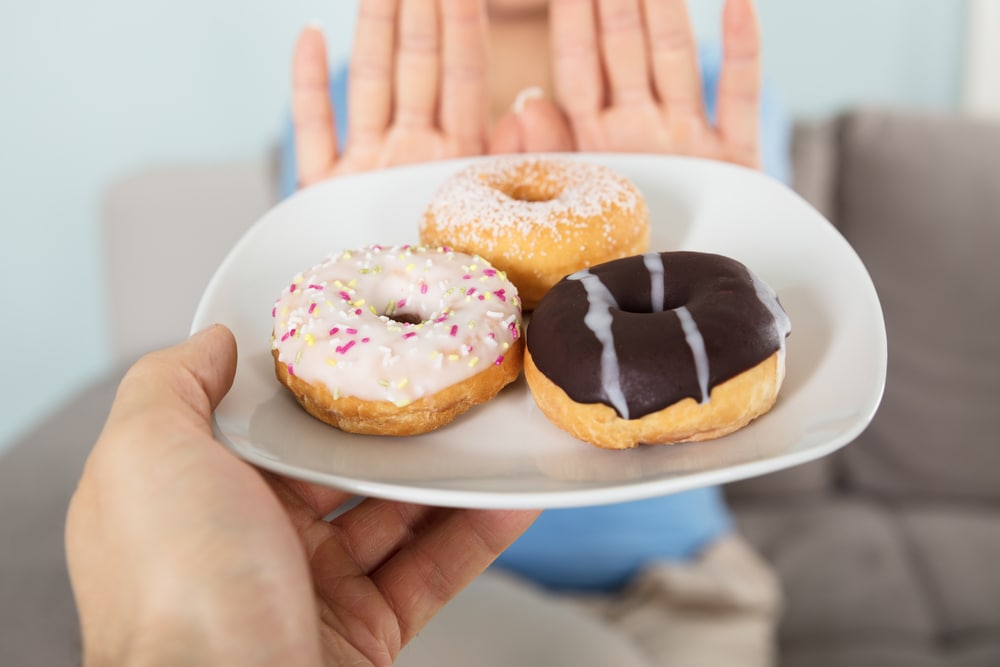 In a perfect vegan world, no companies in the sugar industry would use bone char. But, here’s the rub. We can find dozens of vegan-friendly sugars and natural alternatives, but the fact remains that plant-based or not, sugar is a treat– not an everyday nutrient. With that in mind, well-balanced vegan diets can actually help with blood sugar levels and Type 1 diabetes!

Amy Buxton
Amy is a committed ethical vegan, raising a next generation compassionate human with her husband and their beloved dog, Boo. A freelance writer with a background in PR, she decided to use the COVID lockdown period to refocus her client base and has come to The Vegan Review as a senior writer and editor, before moving into her external content director role. "What we should be doing is working at the job of life itself" is Amy's mantra, courtesy of Tom from The Good Life.
Previous articleVeganism in Angola: Diet or a cure for locals?
Next articlePlant-based labelling ban: how the debate is heating up around the world