Raising Baby Vegans: what to expect when you’re expecting 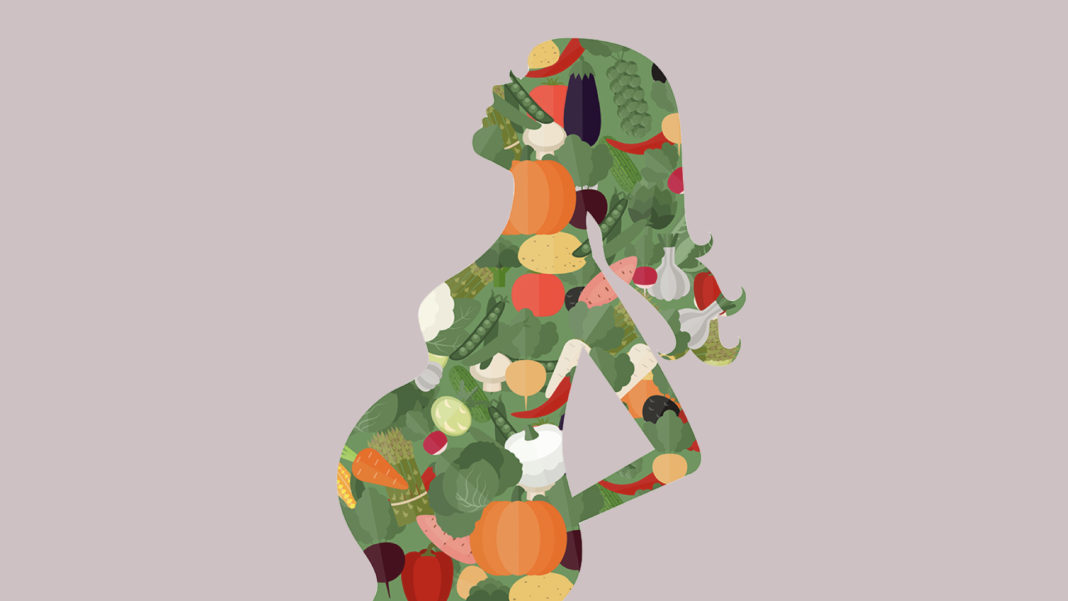 You’ve peed on the stick and the results are in, but what happens now? Now you have to deal with cravings, body changes, misconceptions about your vegan belief system and well-meaning advice about your pregnancy.

We decided to have a baby after I blurted out my unexpected change of heart on the subject and my husband took a few weeks to process what that meant. When we finally had “the chat” and decided that yes, it would be fun to introduce a financial drain into our lives (I’m kidding, everyone. But also, not), I decided to start putting healthy habits in place.

I’m giving this insight because had we fallen pregnant without planning to, my experiences would have been very different, especially in the early weeks. I was already off the coffee, taking vitamins and getting 45 minutes of exercise every day. So if I don’t mention issues related to these, that’s why!

Some of the most memorable vegan-related experiences of my pregnancy are listed below, but as always, I implore you to not compare yourself. We are all individuals, and wow: growing a baby is hard work, no matter who you are.

And also, let me put a quick hello here to the mums who can’t carry. However your babies come into the world, they are your babies. You raise them, love them and put up with them when they are less than wonderful. This is a mini-series about child-rearing, so I’m sure you’ll find plenty of articles you can relate to, whatever your journey to motherhood.

Right. To the vegan pregnancy minefield!

Read my open letter to my baby daughter for more of a personal insight into parenthood.

What do you mean pregnancy tests aren’t vegan? 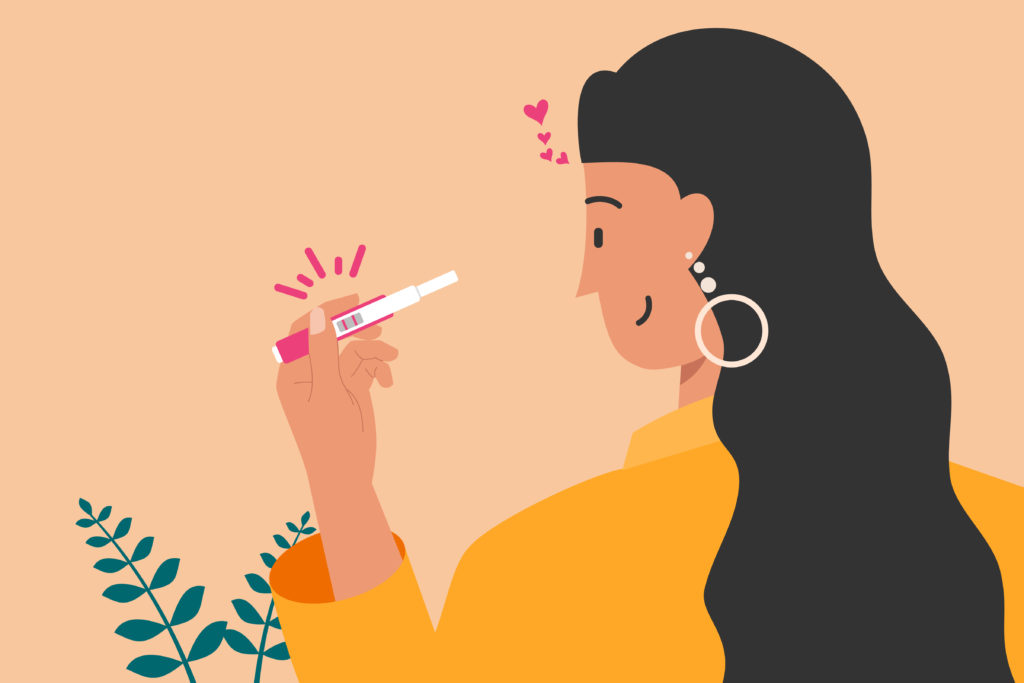 You’ve not even confirmed your impending parenthood and already you face an ethical problem. Pregnancy tests aren’t vegan because of the antibodies they contain, and they are harvested from animals.

I’ll be completely honest and say that not only did I do one test and confirm that we were expecting, I did a couple more afterwards because as a first-time pregnant woman, I panicked that I didn’t know what was happening in there. I don’t regret it, as having the peace of mind that all was okay helped me stay calm until the first scan.

We ended up being seen by six different midwives during our regular check-ups at our surgery and two of them were cool as a cucumber about me being vegan. Our first encounter was not with one of these Fonz-like professionals.

I was given pamphlets about milk intake, iron-rich food sources (I’ll give you one guess) and told that given my age, I should think about not being vegan, in case I suffered any muscle weakness. I was 37. I smiled and left. Because what else can you do? 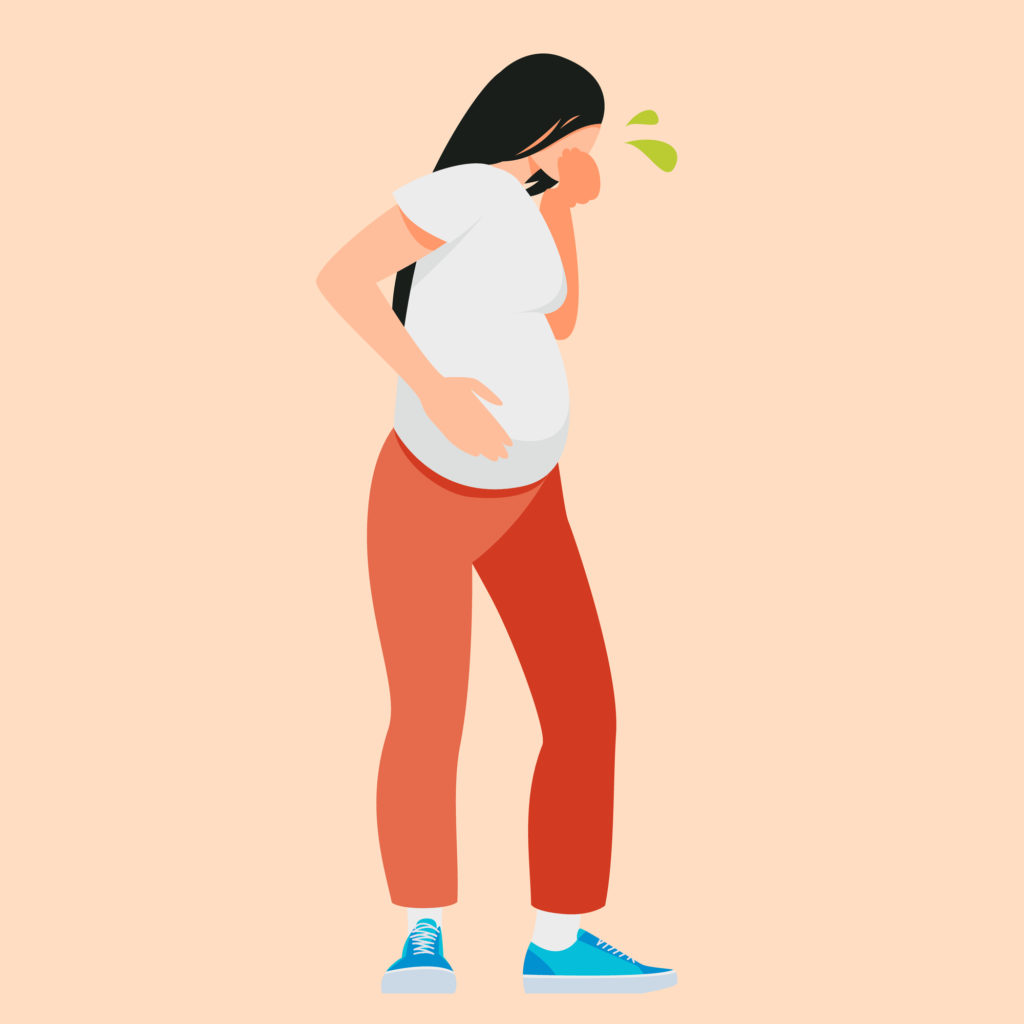 I think I had about eight weeks of morning sickness, which should absolutely be called all-day-long pukiness. I was never actually sick, but I couldn’t really face eating much.

Ginger sweets, potato waffles with hot sauce and sparkling water were about it for a while there, but the real issue for me was the heightened sense of smell. I couldn’t walk around the supermarket without the smell of meat making me want to hurl. Our dog’s food almost had me in tears one morning and it got to the point where even faux meats were banned from our house.

Maybe that’s a testament to how realistic they have become! Seriously, even a Quorn Cumberland was off the table and still, three years on, I can’t eat them. So be prepared to maybe have to say goodbye to a favourite food.

As you move between trimesters, the vitamins you are supposed to focus on change, so be vigilant about your chosen brand. I was fine up until the final three months, whereby suddenly my vitamins were encapsulated in gelatin. Urgh.

I’ll also admit that I needed to be helped back up off the floor, after sitting down in Holland and Barrett to read all of the labels on other bottles. 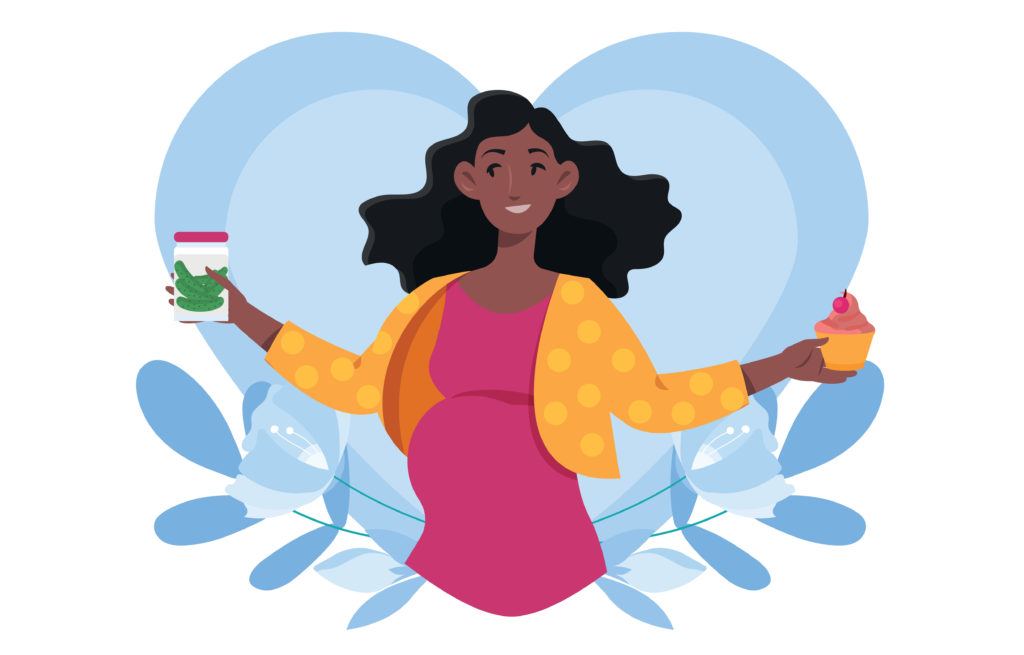 This is a big one. People say that your cravings are linked to something your body needs but there’s absolutely no proof that this is the case. In fact, cravings are something of a mystery, with not all cultures reporting them and women who do experience them often being more likely to gain weight and suffer complications during their pregnancy.

When you think about everything happening inside you and all the hormones flying around, I think we can all agree that craving guilt is an unnecessary addition. If you want it and it’s safe to do so, have it.

Me? I smothered everything in the hottest sauce I could find and went to town on tomatoes and tropical fruit. I think I got lucky there because nothing made me sluggish, but if I had wanted chips every day, I would have eaten some.

It’s recommended but not mandatory, and nor is it vegan, just as all vaccines aren’t. This one comes down to personal choice, so if like Kat Von D, you’d rather not have it, you can’t be forced to. I thought long and hard about this and did have the jab, mostly because it has been proven out over so many years already.

I don’t like terms like “anti-vaxxer”, because I feel as though they are inherently judgemental and unnecessary. But be aware that you might face accusations of this nature if you decide to go without.

A sudden need for clothes

I try to be sustainable when it comes to clothes shopping and was bumping along nicely in my normal everyday wears and a few borrows bits from my husband and then suddenly, I needed some maternity clobber, in winter. Most notably, a coat that would fit around me, which was tricker than I expected as most had wool in them.

Back when I was expecting, we could still visit shops, so there I was, inspecting every label and trying to get myself a few key pieces that I could still wear after bubba arrived. Trying to balance a lack of animal products with a disdain for fast fashion within a maternity wear framework was all pretty tough!

It would have been really easy to simply not care about what I was slathering my growing belly with, but I decided to write to a few companies to find out which were vegan throughout and which I needed to avoid. Things like cocoa butter came highly recommended, but most manufacturers either tested on animals or added beeswax into the mix as well.

In the end, I plumped (literally!) for a generic vegan-friendly moisturiser for my tummy, but let’s talk about other skin that you’ll be wise to prepare. Oh, and if you come away with a few tiger stripes, treasure them. They are your body’s way of showing what a warrior you are and as they fade to shimmering strands of silver, they will remind you of your inner strength.

Perineum tears are the norm when a vaginal birth is experienced, but that doesn’t make them any less dreaded or panicked about. You can reduce your likelihood of a rip “down there” by traeting yourself to some intimate oil and a regular perineum skin massage, and honestly? If you do it right, it can be a treat.

Be sure that you choose an oil that is safe for use in your intimate zone, because the last thing you want is a urine or yeast infection to deal with. Most will be vegan-friendly too, simply because they are usually a natural blend that requires no animal testing and have no additives. Coconut and vitamin E oils are my personal recommendations. 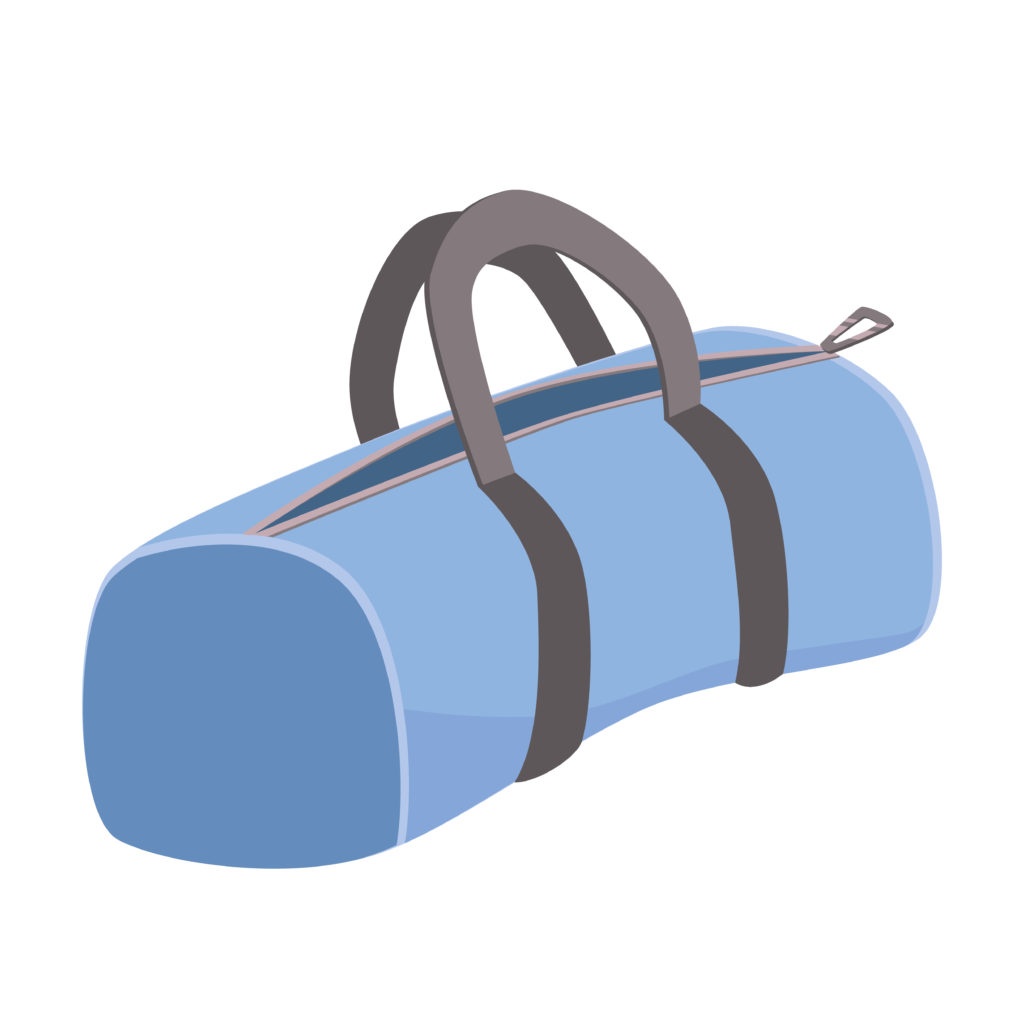 Ahhhh, the old hospital bag checklist. I had no idea it would be so extensive and I think I’ll write a whole separate piece on this, as it really does cover a lot, but for now, let me just say that you will want to give yourself the gift of time.

Genuinely, you don’t realise how many things you need to check for their vegan credentials until you pack a hospital bag. And if you add sustainability concerns into the mix too, then you’re really testing your resolve.

Are the babygrows organic cotton? Are the nappies biodegradable? Are your blankets wool-free and do you have some wet wipes for yourself?

BYOS (bring your own snacks)

Finally, if I can impart just one bit of advice, it would be to plan the snacks you want to take into hospital well ahead of time. The meals I was given were fine, but really not great and very limited in terms of choice (curry or curry). I was so glad we planned ahead, as I had a rucksack full of nuts, energy balls, vegan chocolate and all things yummy. It made politely refusing the sad bananas on offer a lot easier.

Here’s the takeaway: pregnancy and growing a baby is effort, whether you’re vegan or not. But if you are plant-based, you have a few more issues to consider. You can’t just grab the belly butter and go to town, because you don’t know if it aligns with your ethics. And that lovely wool baby blanket? Well, that’s out.

But, you can take pride in knowing that for just a little extra planning, you can have a pregnancy that is absolutely aligned with your entire ethos. You can make informed decisions, let your healthcare professionals know your preferences throughout the process and feel secure in the knowledge that you’ve done everything you reasonably can.

You’ve got this, Mumma.

Amy Buxton
Amy is a committed ethical vegan, raising a next generation compassionate human with her husband and their beloved dog, Boo. A freelance writer with a background in PR, she decided to use the COVID lockdown period to refocus her client base and has come to The Vegan Review as a senior writer and editor, before moving into her external content director role. "What we should be doing is working at the job of life itself" is Amy's mantra, courtesy of Tom from The Good Life.
Previous articleFood forests are becoming more popular. But what are they?
Next articleBlack Vegans Unite: advancing education and health for Black communities