Raising children vegan: what traditional plant-based diets have taught us 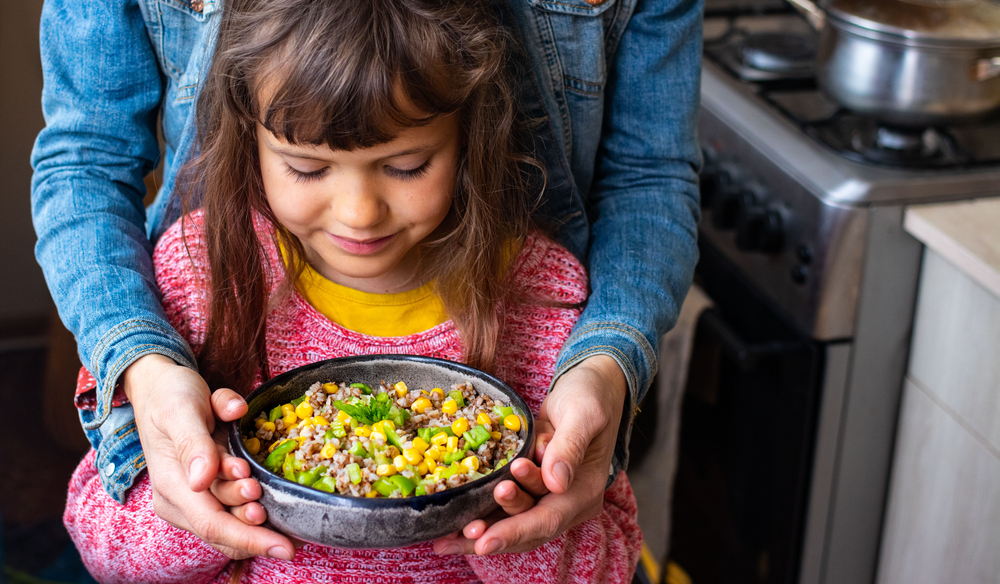 Veganism is steadily on the rise, especially among younger people. While some parents are concerned vegan diets are unsustainable for children, others have been subconsciously feeding their young plant-based food for centuries.

“Most of us are very busy,” says BANT-registered nutritional therapist Sophie Ricard. “It’s hard enough to get dinner on the table for the kids as it is.”

It’s no secret that being a parent isn’t easy. From conception, children are constantly being influenced by their surroundings, including what is put on the dinner table.

The rise of veganism is making many parents reconsider dietary choices. In 2018, one in 12 UK parents were raising their children vegan. The Vegan Society has also predicted a 10.6% jump in the vegan and vegetarian baby food market since 2016.

But some parents, such as Emma Thornton, nutritionist and mother of a 20-month-old infant, believe that having a small amount of good-quality meat and fish is optimal for the human diet.

Although she recognises that attitudes can be adjusted later, Thornton says “repeated exposure” to a variety of food in the early years “can set a more positive relationship with food for life”.

Ricard agrees. While some of her clients are navigating vegan lifestyles with their children, she says it can be challenging for busy families to introduce enough variety with a vegan diet. 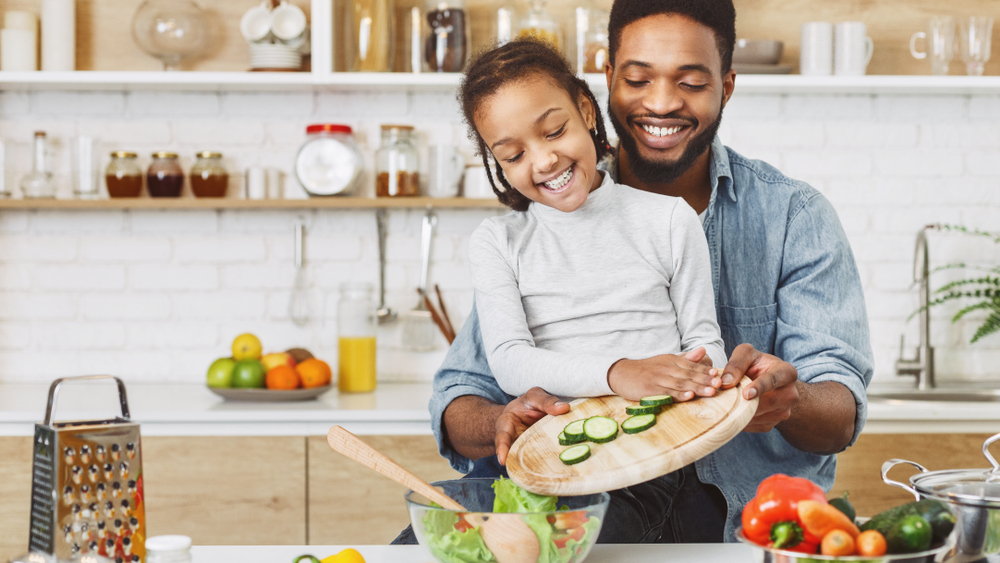 However, with a more globalised world, some parents are finding plant-based diets gradually easier. Stay-at-home mother Amy Buxton has brought up her two-year-old daughter completely vegan. Based in Norwich, voted the UK’s most vegan-friendly city in 2019, her family has access to a wide array of plant-based ingredients from across the world.

Read our story about how Norwich became a vegan-friendly hotspot.

The popularity of many plant-based ingredients in British supermarkets and eateries is a result of other cultures and their history of incidental veganism.

Buxton’s daughter enjoys tofu straight from the fridge, as well as wholemeal pita bread dipped in the family’s kilo tub of crunchy peanut butter. The house is always fully stocked with tofu and tempeh, and pantry favourites include seaweed, harissa paste, and lychee Ramune, which they discovered after one of their weekly ventures in the world foods aisle.

The religious roots of veganism

Shivani Ruparelia, who grew up in an Indian Hindu household, went vegan at 16. Ahimsa, the principle of non-violence, is a core part of Hinduism, and so her mother has been subconsciously cooking plant-based cuisine for years.

Hindu vegetarians follow the ‘law of karma’, which states that if you kill a living thing, you add ‘pap karma’ to your life, straying you away from ‘moksha’, which is liberation from the cycle of death and rebirth. For those who do choose to eat meat, the Navaratri festival celebrating good over evil requires you to eliminate it from your diet for nine nights.

“I think South Asians have it the easiest when it comes to [transitioning to] a vegan diet, as we have such a rich culture of incredible plant-based foods,” says Ruparelia.

Chickpeas are among those foods, as well as kala namak — a sulphury “black” salt that is used to mimic the taste of egg in plant-based recipes, such as in pasta alla carbonara.

Read our story about veganism in Hindu culture.

Over in Bangkok, from her restaurant Veganerie, Napaphatsorn Totienchai (known as Jajah) describes how Thai food has also incidentally been driven by plants for centuries. Her restaurant chain, which already has six outlets across Thailand’s capital, is 100% plant-based. From stir-fries to desserts, many dishes use coconut milk as a base, tofu as a protein, and swap soy sauce for fish sauce — a key ingredient in dishes such as pad thai. “With this array of options, Thai food doesn’t need much adjusting to be vegan-friendly,” Jajah says. 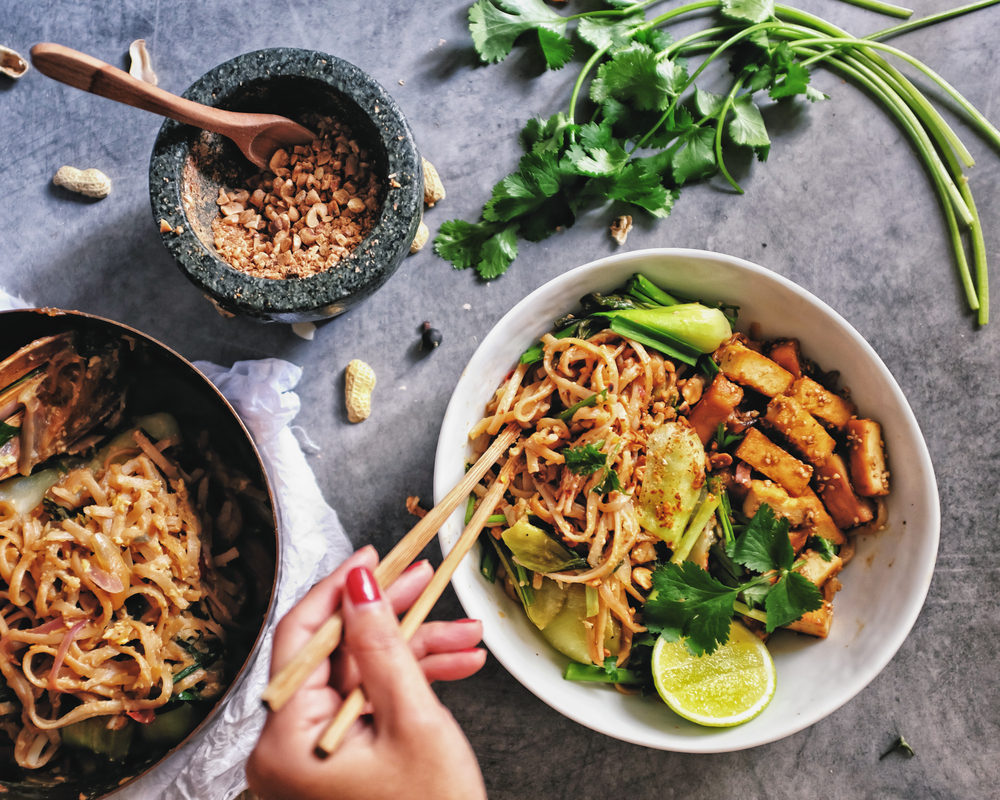 The term ‘jay’ (vegan) is also prominent in Thailand, with links to the country’s biggest religion, Buddhism. Some people, like young British Jain Laksh Shah, claim that jay food derives from Jainism, whose followers eat fruit and beans, completely cutting out ingredients that could lead to the suffering of living things.

Jains source protein through beans, lentils and peas, which are a core element of Indian food. Shah’s family also eats nuts and seeds for essential fats and oils, as well as fruit and curried non-root vegetables for fibre.

Read more about how Thailand is a paradise for vegans.

At first, Buxton’s decision to raise her daughter vegan prompted concerns from family members and health professionals. But, she keeps a close eye on her daughter’s nutrient intake. “She eats a lot, is rarely poorly and seems to have a very robust attitude to scrapes and knocks,” she says.

Nutrition is a common concern among both vegan and non-vegan parents. Thornton believes a more varied diet lowers the chance of nutrient deficiency. Animal-sourced haem iron, for example, is usually better absorbed.

Ricard underlines three questions that parents must ask themselves if they are considering the transition:

She worries about choosing a way of eating for children based on fads. Although she agrees that sustainability is the future of eating, parents must determine if this is the reason behind going plant-based and whether this means a full vegan diet or a flexitarian diet where you buy local, sustainably sourced ingredients. 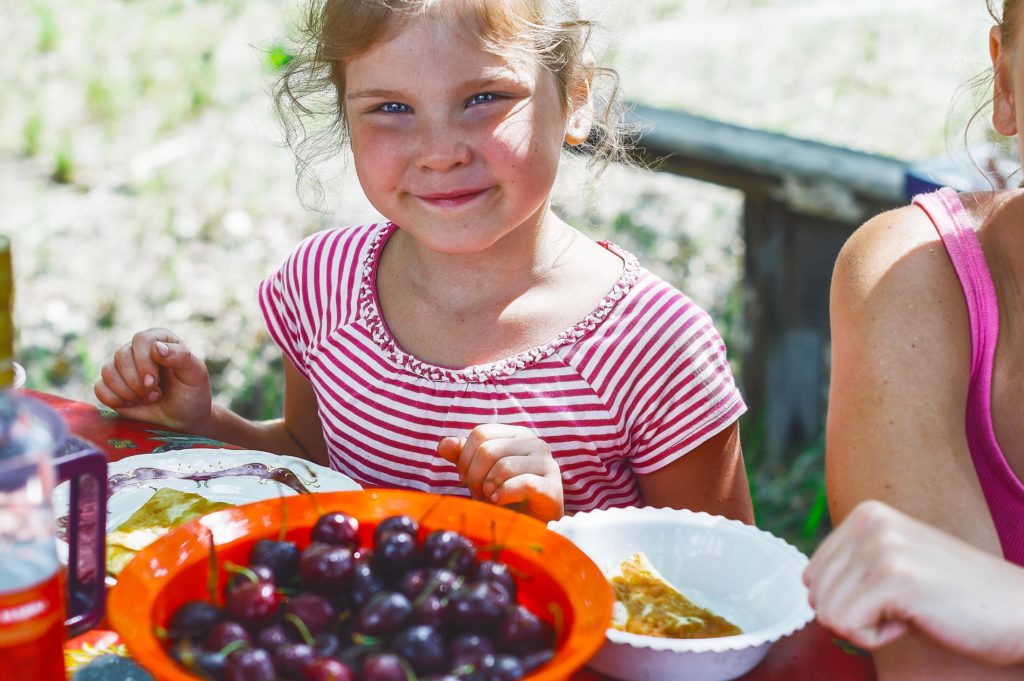 For a simple way to increase the variety of foods your child eats, Ricard recommends smoothies. “They’re a nice way to start the day off with a big bang of nutrients,” she explains.

Some essential nutrients, however, can be challenging to obtain on a plant-based diet. These include omega-3 and choline, which are important for brain development and cognitive function, vitamin B12, which is generally only found in animal-based food, and iron, which is more easily absorbed from animal products. For optimal nutrition, she says parents need to educate themselves on how they will include these nutrients.

For more on raising children vegan, read our story on green weaning.

“I could never go vegan because I love cheesy pizzas too much,” says Shiv Thakkar, Ruparelia’s partner. The reality is the vegan industry is quickly catching up — cheesy pizzas are available in every major UK supermarket.

But this is where the danger lies, according to Ricard. “A new vegan burger bar opened near me last week,” she says. “They’re matching McDonald’s prices, which is wonderful, but we have to consider whether these foods contain the nutrients our children need.

“Some plant-based meat alternatives should be considered the same as processed food, in the way that they’re fast and processed.”

But now and again, she gives her son a Quorn sausage roll. “I don’t think restricting to the point where children don’t receive things ever is good,” she says, adding that restriction sometimes results in unhealthy behaviour later in life. 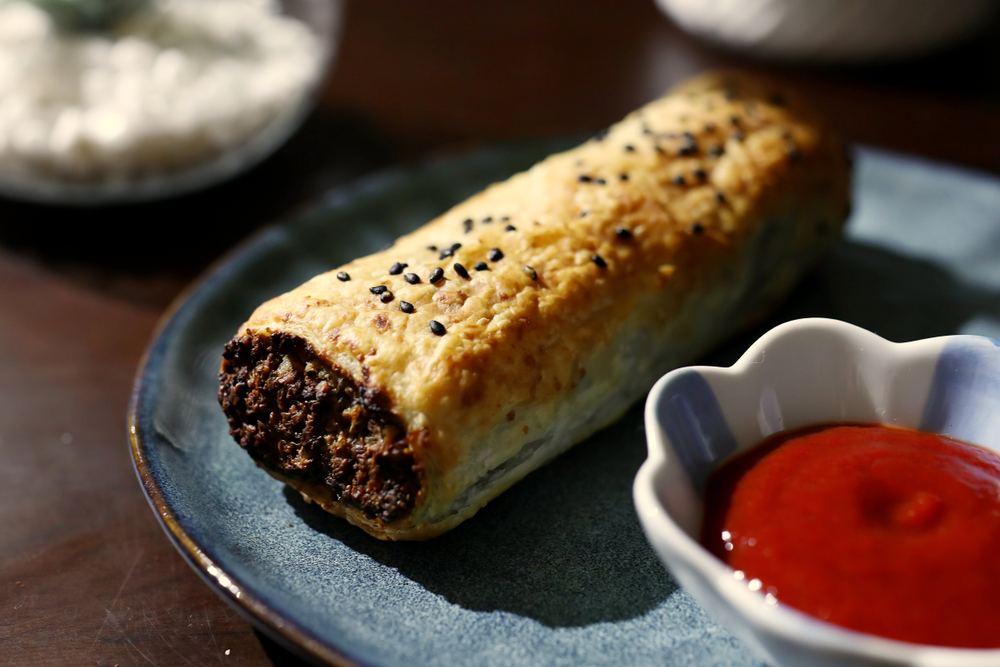 A final worry most parents have is their vegan children being treated like an outsider at gatherings or school.

Buxton shares this concern. “Other people’s cooking always makes me nervous. I know I’ll be one of those mothers that send their kids places with full meals in their bag,” she says.

But just like every other aspect of a child’s life, it’s healthy to let go sometimes. One day, Buxton knows her daughter will develop her own beliefs. And she’s okay with that. “If you are determined to eat meat, then we can find a way to make that work,” she stated in a published open letter to her daughter. “If you want to wear leather, we will have that conversation too.”

Olivia Rafferty
Olivia is the Assistant Editor of The Vegan Review. An aspiring Middle Eastern correspondent currently studying journalism at City, University of London, she is passionate about the planet, she believes veganism is the first step to solving the complexities of climate change.
Previous articleOmni: elevating vegan pet food with plant-based meat for dogs
Next articleTo get schools to serve vegan lunches, we all need to step up