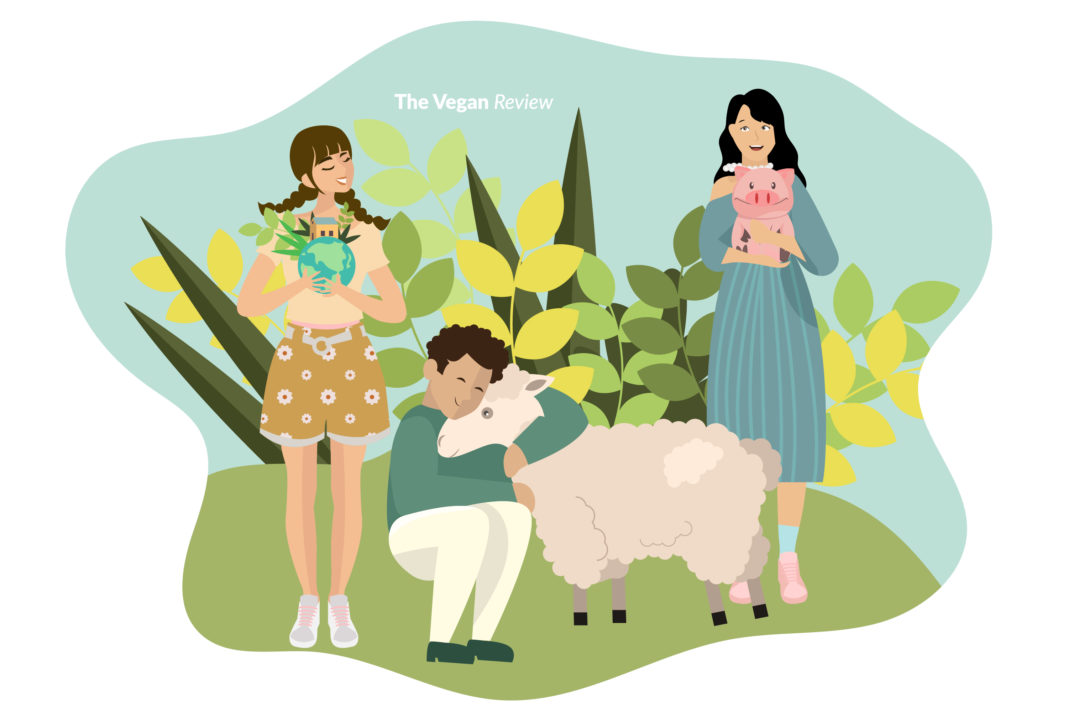 We’re not trying to hard-sell you a lifestyle you don’t want, but if you’re thinking about going vegan and just need a few more reasons, try these ones on for size.

Going vegan isn’t a simple process for everyone. Whether there are family dynamics to take into account, budgetary concerns or even just a lack of total understanding, making the leap can be a little daunting.

Even just adopting a plant-based diet is a colossal shift from the norm, but there are plenty of amazing reasons to press ahead and go vegan. Don’t believe us? Well, just you wait!

If you’ve been feeling as though life is a little stale, or you’re in a rut, veganism is a brilliant way to get excited about new topics, foods and even a new community. It can offer you a new focus and because there are always new products being released, different styles of veganism to learn about and far-reaching implications to consider, it never gets boring.

We think of it like moving to a new country, just for your mind and your body. The pictures and experiences are totally new and you adapt and settle into a new way of living, all the while enjoying the restorative vibe of a fresh start.

2. It’s your way to stop contributing to climate change 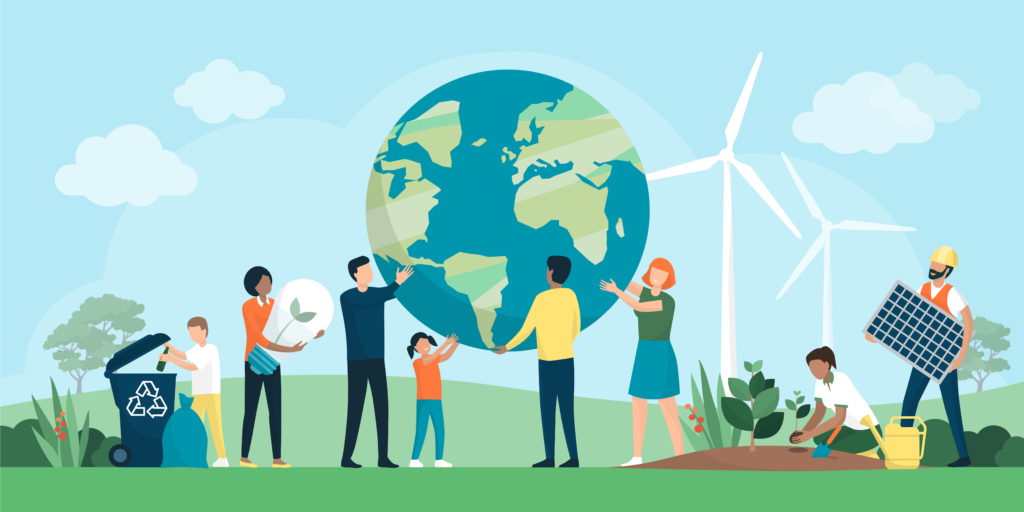 You might think that going vegan won’t make all that much difference to climate change, given the scale of the issue, but it’s no joke to say that your contribution will be very significant. Up to 50% of manmade pollution can be attributed to the various stages of meat production, and by choosing to take meat off your plate, you are reducing the demand.

Not only that, but your personal carbon footprint will shrink as you start to transition to more whole foods, seasonal produce and locally grown items.

Read more about the difference one vegan makes.

Let’s not beat around the bush here. Animals are sentient creatures. They know fear, pain and love. By choosing not to eat them or products made from them, you are making a declaration of kindness and embracing the similarities between you. That’s far kinder than choosing to focus on the differences and declaring yourself superior.

There might be a lot of ethical upsides to veganism, but don’t forget that it can also just be fun. Seriously. Figuring out how to make previous favourite foods vegan? Brilliant. Annoying friends and family by nagging at them to eat less meat? Hilarious. Giving other vegans the knowing look and conspiratorial nod when you’re both buying tofu at the supermarket? Nothing feels better.

To maximise the enjoyment, don’t shy away from pun-filled t-shirts too. You’ve got to let everyone know you’re vegan, after all.

5. You’ll be contributing to the global hunger solution

We bet this one caught your attention. It’s true, though. Every time somebody decides to go vegan, the demand for plant-based agriculture increases, the need for animal farming lessens and suddenly, crops are being grown for human consumption, with more to go around.

Systemic change starts with individuals. Then we come together as a collective through our spending habits and finally, corporations that are losing money adapt to the shift in demand and start producing whatever will keep them afloat. The more we demand animal-free products, the more grain crops will be geared towards feeding us, not farmed creatures.

6. It can be a more natural way to eat 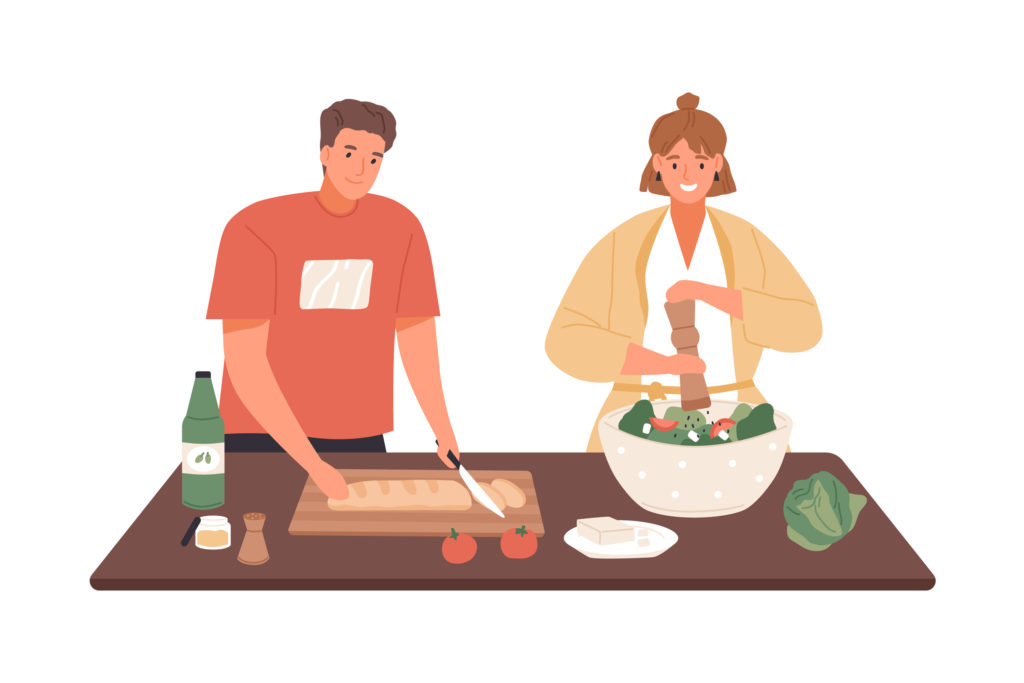 We’re not at all naive to the fact that there is a lot of vegan junk out there now. It’s not healthy food by any means, as it’s processed and, often as not, has plenty of sodium and salt included. But compared to processed meat products, it is a vast improvement. At least with plant-based burgers and ‘chicken’ pieces, there’s no hormones or concerns about bacteria being included. And who can forget the revelation that meat is sold after having tumours cut out of it?

A diet rich in whole foods will cut the negative side effects of processing out, so if you’re looking to treat your body more like a temple, stick to the beans, pulses and legumes, as well as fresh produce and cook from scratch. If you have the time, you’ll feel the benefits almost instantly.

7. You could fall in love with your kitchen again

Have you got a little cooking fatigue? It’s a real thing, when food no longer excites you and meal prep becomes a chore rather than a pleasure. But when you go vegan, there’s a whole new world of recipes to get acquainted with.

Things you’ve never eaten, tried or cooked with before. Before you know it. You’ll be lingering in the world foods aisle at the supermarket and buying the tin of mango puree, just so you can try it in something.

And all the vegetables and chilis that used to scare you? In the trolley they go. You’ll figure out how to use them later. Necessity is the mother of invention, so buy the unfamiliar vegan-friendly things and just see what you can come up with. 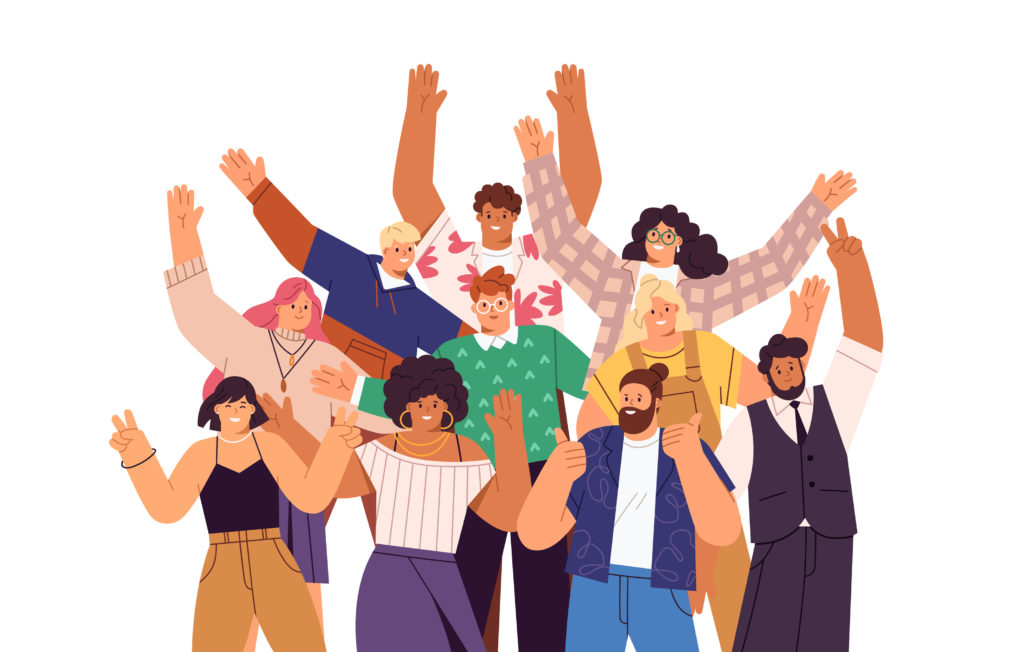 Bad cholesterol can only be found in animal products, so by going vegan you won’t just lower it, you’ll eliminate it entirely. This can be a critical benefit for people with high cholesterol levels. Blood vessels get narrower the more fatty cholesterol deposits are introduced, causing a higher likelihood of serious heart conditions or strokes.

Managing cholesterol once it is high can be difficult and dietary restrictions are often a fast-broken rule, especially for people accustomed to a daily bacon sandwich, for example. Removing all temptation by adopting a cholesterol-free vegan diet? That’s just good sense.

Read our story on how going vegan can help high-cholesterol patients.

9. It can improve your athletic performance

Looking for an extra edge in your training regime? Veganism could be your ticket to new PBs, thanks to the diet side of things being shown to help with faster recovery times, improved injury recuperation and general better wellbeing.

With vegan food, on the whole, containing less saturated fats and with far more unprocessed protein options to choose from, eating clean and training hard can be accomplished easily.

Read more about the positive links between sporting prowess and veganism.

Here’s the rub. If you’re reading this article and others like it, you’re more than just vegan-curious, you’re almost there. You’re looking for that final, undeniable reason to make the leap, because you want to and know it’s the right choice. It’s good for you, it’s kind to animals and it helps the environment. Just go for it.

There’s a community ready and waiting to welcome you if you want to be a part of it, and there’s no limit on how many members can join. What’s the worst that can happen? It’s not for you and you know that you tried? Sounds like there’s no downside to us.

Amy Buxton
Amy is a committed ethical vegan, raising a next generation compassionate human with her husband and their beloved dog, Boo. A freelance writer with a background in PR, she decided to use the COVID lockdown period to refocus her client base and has come to The Vegan Review as a senior writer and editor, before moving into her external content director role. "What we should be doing is working at the job of life itself" is Amy's mantra, courtesy of Tom from The Good Life.