Refarm’d: How dairy farmers are switching to plant-based milk 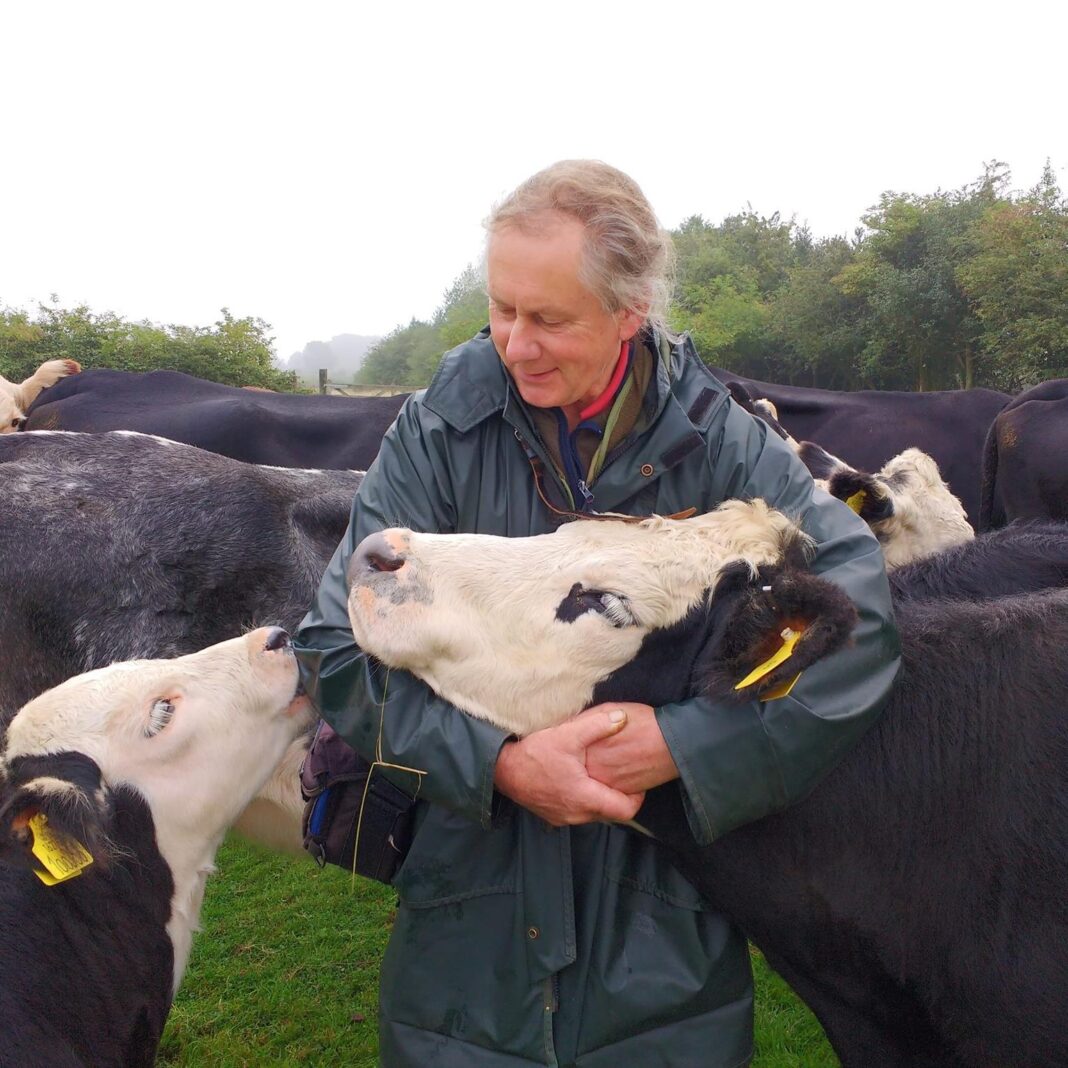 Hear from Jay Wilde, the oat milk farmer who was the subject of 73 Cows, and Geraldine Starke, CEO of Refarm’d, about plant-based milk farming.

One of the most common arguments made against veganism in the context of dairy is how it could put dairy farmers out of business. The 2018 film 73 Cows proved that it’s possible to make a switch from cattle to sustainable vegan farming, as farmer Jay Wilde took the step of turning his dairy farm to oat milk production.

He did it with the help of Refarm’d, an organisation that provides dairy farmers with sustainable business models and aids them in transitioning from animal agriculture to plant-based milk production. Ahead of World Plant Milk Day, which is on August 22, The Vegan Review spoke to Wilde and Refarm’d CEO Geraldine Starke about dairy farming, oat milk production, and making the switch.

Transitioning from dairy to plant-based milk

“I started Refarm’d because I wanted sanctuaries to be able to find a model of operation that didn’t leave them reliant on donations and volunteers,” says Starke. “Our efforts so far have caught plenty of attention. As Jay was the subject of BAFTA award-winning documentary 73 Cows before working with us, farmers all over the world are interested in making a similar change.”

For people like Wilde, milk production isn’t just a business, but a livelihood they’ve grown up with. Switching to plant-based milk production enables them to secure their long-term futures, as they’re not the end product of a supply chain anymore. They’re part of a growing industry, with control over the price given to their products.

“We can help each farmer with a smooth, quick and easy transition by providing them with oats from other local farmers while they work to turn their own land to producing plants and crops,” says Starke. That can be a lengthier process when transitioning farmers have only arable land available. “We’re providing the farmers with an economically viable and environmentally-friendly source of income while helping them to move towards ethical farming practices that don’t include the use of animals.”

It wasn’t just about the financial side for Wilde. Having grown up around cows, the opportunity to stop using them for food was a relief. “You realise that each cow has its own unique personality, and I struggled to see them as ‘units of production’, which made it very difficult when I had to take them to the slaughterhouse,” recalls the former dairy farmer. “I was delighted when I was told that the herd would be able to live out their natural lives at Hillside Animal Sanctuary, while 17 remained with us at Bradley Nook.” (Four other farms have now sent cows to the sanctuary as well.) 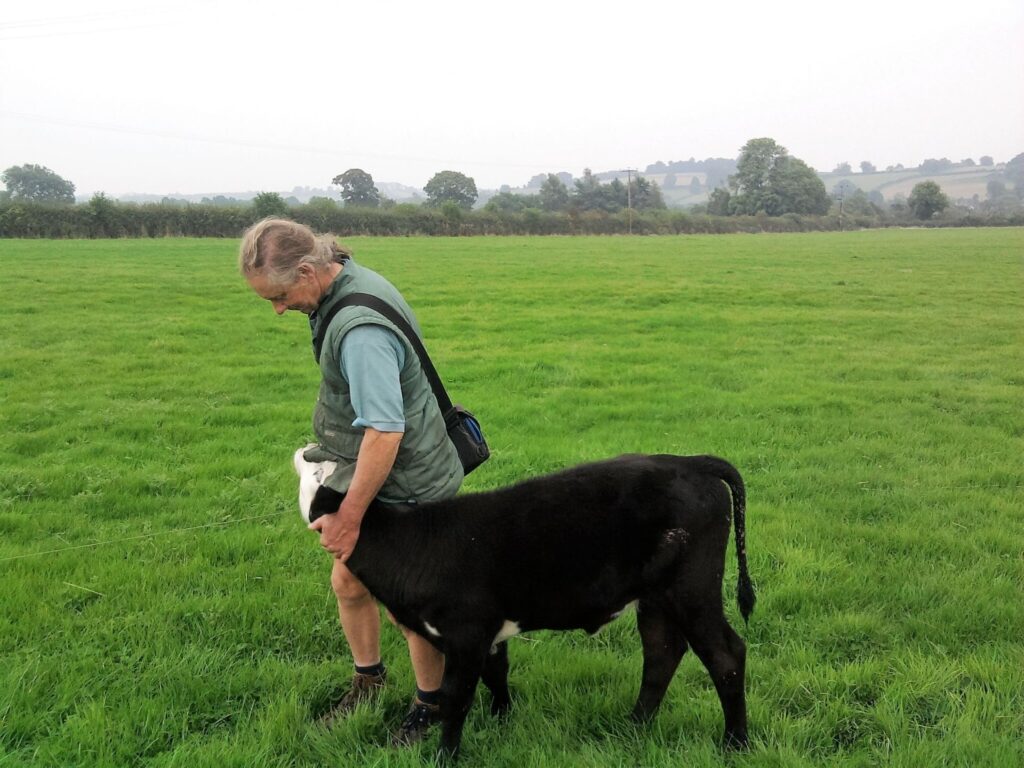 Wilde says alt-milk is the new normal: “If more people buy more plant milk, that’s a good thing for me and the animals, as it means we can avoid using them for food.”

The focus of this year’s campaign is ‘The Future is Dairy Free’, with a seven-day dairy-free challenge to encourage people to switch from dairy to plant-based milk. “World Plant Milk Day is one day of the year when we can show that plant milks are the future,” says Starke. “I would urge people to take the seven-day dairy-free challenge to see just how easy it is to make the switch.

“Not only are plant milks better for human health, the environment and animals, but they taste great, and there are so many different types with so many applications.”

She points out that the alt-milk market will grow by 10% over the next four years: “Compare this to a 50% shrinkage in dairy since the mid-seventies and its obvious why the dairy industry has become characterised by exploitation, and farmers such as Jay are looking for a way out.”

The future of Refarm’d and dairy farming

There isn’t a war between vegans and farmers, insists Starke. “Vegans are all about compassion, and we need to show this to the humans within animal agriculture too, by giving them another option,” she says.

“I know we’re already inspiring other farmers. When I started working with Refarm’d, we spent time finessing the business model so we could make sure it makes sense to those who make their living from agriculture,” says Wilde.

“I’d like more to realise that there are alternatives to farming, even if it’s all they’ve ever known. When I switched from cattle to crops, I felt reborn. There was so much weight lifted off of me, and with Refarm’d I knew I wasn’t alone.”

Anay Mridul
Anay is journalism graduate from City, University of London, he was a barista for three years, and never shuts up about coffee. He's passionate about coffee, plant-based milk, cooking, eating, veganism, writing about all that, profiling people, and the Oxford Comma. Originally from India, he went vegan in 2020, after attempting (and failing) Veganuary. He believes being environmentally conscious is a basic responsibility, and veganism is the best thing you can do to battle climate change. He gets lost at Whole Foods sometimes.
Previous articleWhat’s the best oat milk in the UK? We tested 6 in 6 ways to find out
Next articleHow plant-based ice cream is paving the way for veganism in meat-eating Slovakia