Representation of vegans in movies and TV shows 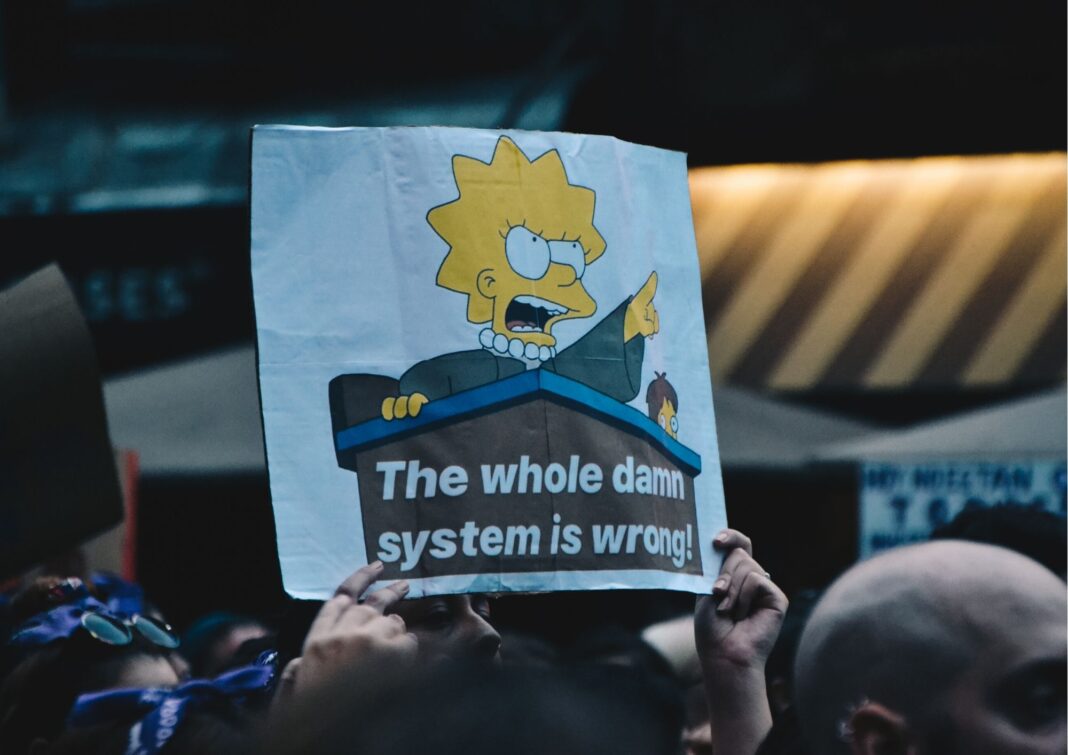 Many shows and movies feature vegans or the plant-based diet, but their representation is rarely positive.

There are many instances where media producers choose to take in aspects of real-life events and embed them into fiction. Filmmakers also decide to keep up with trends in society and ensure what they are producing is reflecting what is happening in the world. And veganism has not been left out.

There are some vegan documentaries educating their viewers about veganism. But there are also some TV shows and films featuring veganism or have characters who follow vegan diets. Although this may seem like a great method of representation, how the characters are presented is quite questionable. Here are some of the main ways vegans, veganism and vegetarianism are represented onscreen.

The most common stereotype of vegans is that they are obsessed with the diet, conserving the environment, and are aggressive to meat-eaters.

In How I Met Your Mother (Shelter Island), there is a scene where Ted, his fiancée Stella, and her sister Nora go out to eat, and Ted mentions that the lamb is great in the restaurant. Nora then replies, saying: “I am a vegan. I wish I could tune out that moral voice inside me that says eating animals is murder. But I guess I’m just not as strong as you are.” Ted responds by joking that the reason is she needs more protein.

Another episode (Say Cheese) features one of Ted’s ex-girlfriends, Strawberry, who is a vegetarian. The character dislikes those who cook or eat meat so much that she throws a drink in the chef’s face, screaming “MEAT IS MURDER!” and storms out when the gang is celebrating a birthday.

Another example is in the sitcom Roseanne (Wait Till Your Father Gets Home), where Roseanne’s daughter Darlene is a vegetarian and voices her opinion during the ‘Found Fathers Day’ celebration. Roseanne sets up a booth and serves meat sandwiches from her company. Although Darlene usually supports the family business, she says to her mother: “Doesn’t it bother you that you make a living by exploiting animals?” and “You just don’t get it, do you? We are too low on the food chain to exploit people. All that’s left for us is animals!” Angered by what is happening, Darlene then vandalises her mother’s restaurant by drawing chalk outlines of dead cows, showing no regret when confronted.

Lisa Simpson in The Simpsons becomes a vegan after bonding with a lamb in a petting zoo (Lisa the Vegetarian). However, Lisa’s decision leaves her being ridiculed and mocked by her peers and adults. When finding out that a pig is going to be slaughtered to make pig roast for her family cookout, Lisa steals the animal. She also pushes the grill down a hill to prevent any meat from being cooked, trying to convince everyone after to try her homemade tomato soup instead.

In the same episode of HIMYM (Shelter Island), Ted and his girlfriend Stella look at wedding venues for Stella’s vegan sister and stumble upon a yoga resort that features a full vegan menu, a wheatgrass bar, and zero alcohol; much to the disappointment of the characters.

An episode of Friends With Better Lives has a scene where one of the main characters, Bobby, visits his friend’s vegan restaurant, and is confused and disgusted over the idea of nut cheese. When his friend explains: “It’s not cheese cheese, it’s nut cheese […] You can make anything out of nuts,” Bobby replies: “You can make anything out of playdough, that doesn’t mean I wanna eat it.”

In a scene from an episode of Psych (Spellingg Bee), Shawn does not want to have dinner with a neighbouring vegan family as they are “the weirdest family on the entire block”, and “eat weird food”. Shawn’s dad also turns down going to the family’s barbeque after finding out they are serving tofu burgers.

In an episode of Brooklyn Nine-Nine (The Funeral), Charles has a crush on Lieutenant Singh. But he is disgusted and leaves her after finding out she is a vegan.

When reminiscing about Lily’s birthday dinner, Lily references Strawberry as the “disgusting smelly hippy” Ted was dating. There is a stereotype, enhanced by the media, that vegans and vegetarians are a part of the hippie counterculture. Traditionally, hippies were a part of a youth movement in 1960’s America, who refrained from middle-class society and adopted vegetarian diets based on unprocessed foods and practised holistic medicine. They are also believed to be spiritual, wear drab clothing, and don’t take showers.

Mainstream films and TV shows have not spared this categorisation, with Nora in HIMYM giving up makeup and showering for her fiancé, and Neil from The Young Ones, who is a “drippy hippy”, has the stereotypical traits of having long hair (being an environmentalist) takes a Peace Studies degree and is seen as a joke to his peers. Another example includes Dharma’s mother in the show Dharma & Greg, who is a “free-spirited” woman and believes in esoterism. Her first appearance has her walking in her flat naked and continuously encourages the couple to have sex and produce children.

Vegan characters either give up their vegan diet or secretly have a craving for animal-based products.

Nora in HIMYM gives up veganism after her fiancé leaves her and proceeds to eat a steak and curse him. A similar situation happens in the Friends, where Phoebe’s old crush, Duncan, returns (The One With Pheobe’s Hubsand) and Monica reveals that, when he left, Phoebe was so upset she ate a cheeseburger, much to the shock of her friends — as she is a vegetarian. The same character chooses to eat veal (and throw it up) when her boyfriend’s parents cook it for her (The One With Ross’s Inappropriate Song).

In the movie My Best Friend’s Girl, Dustin is in a restaurant on a date and eats steak, claiming he is not vegan that night. He says: “I feel a little guilty loving steak so much, and you’re a vegan. But whatever.”

In an episode of The Millers, after accidentally taking a bite of meat lasagna and enjoying it, Mikayla is then found on the kitchen floor late at night, by her grandmother, eating the same lasagna. The next day, she declares she is reverting to meat-eating because “it just tastes so good”.

These are only a few examples of the many ways vegans, vegetarians and the diet itself is shown in mainstream media. These negative portrayals give viewers a negative impression of veganism. It may additionally make vegans think they should not be open about their dietary choices or else they might get ridiculed, much like the characters.

However, there are some positive representations of vegans we cannot ignore.

Despite some instances where Monica doesn’t consider Phoebe’s vegetarianism, like ordering chicken for her rehearsal dinner (The One With Phoebe’s Wedding), most cases have seen Phoebe being a regular character like everybody else. Her fellow friends don’t ridicule her dietary choices and are respectful of them. Her vegetarianism is never made into a joke, and her peers are wary (most of the time) of her dietary needs.

Dina Fox, from the show Superstore, is open about her vegan diet and her love for animals. She uses it to her advantage when selling plant-based cheeses in the store. There is an episode (Shadowing Glenn) where Dina eats raw chicken and a chicken leg to try and salvage her friend’s Golden Globe disaster, and is distraught after every single bite; this can be interpreted as an act of friendship for her friend Amy.

Her veganism is casually mentioned in the show, and her friends don’t alienate Dina for her diet. There are some jokes about her veganism, but they are not at her expense, or the diet’s, such as her famous “we’re in a nut cheese renaissance” line Dina uses when trying to sell the nut cheeses.

The best thing about those positive representations is that they paint veganism in a reasonable way, like characters of all background-types would be shown. They show the diet is not something absurd and unique; it can be a regular part of society.

While there isn’t much representation onscreen, we are seeing veganism itself having sections in supermarkets, retail and even fast-fashion, with many choosing the diet to save the environment or to live a healthier life. And, hopefully, this will be replicated by producers who want to mimic what is happening in society right now.

Anam Alam
Anam is a freelance writer for The Vegan Review and a student studying journalism. She is a passionate writer who possesses a range of skills ranging from audio, video, editorial and creative writing. Her goal is to educate the public and the world with stories that she feels need to be talked more about in society.
Previous articleLidl introduces a new vegan cheese for Spain
Next articlePETA India and columnist have heated Twitter argument