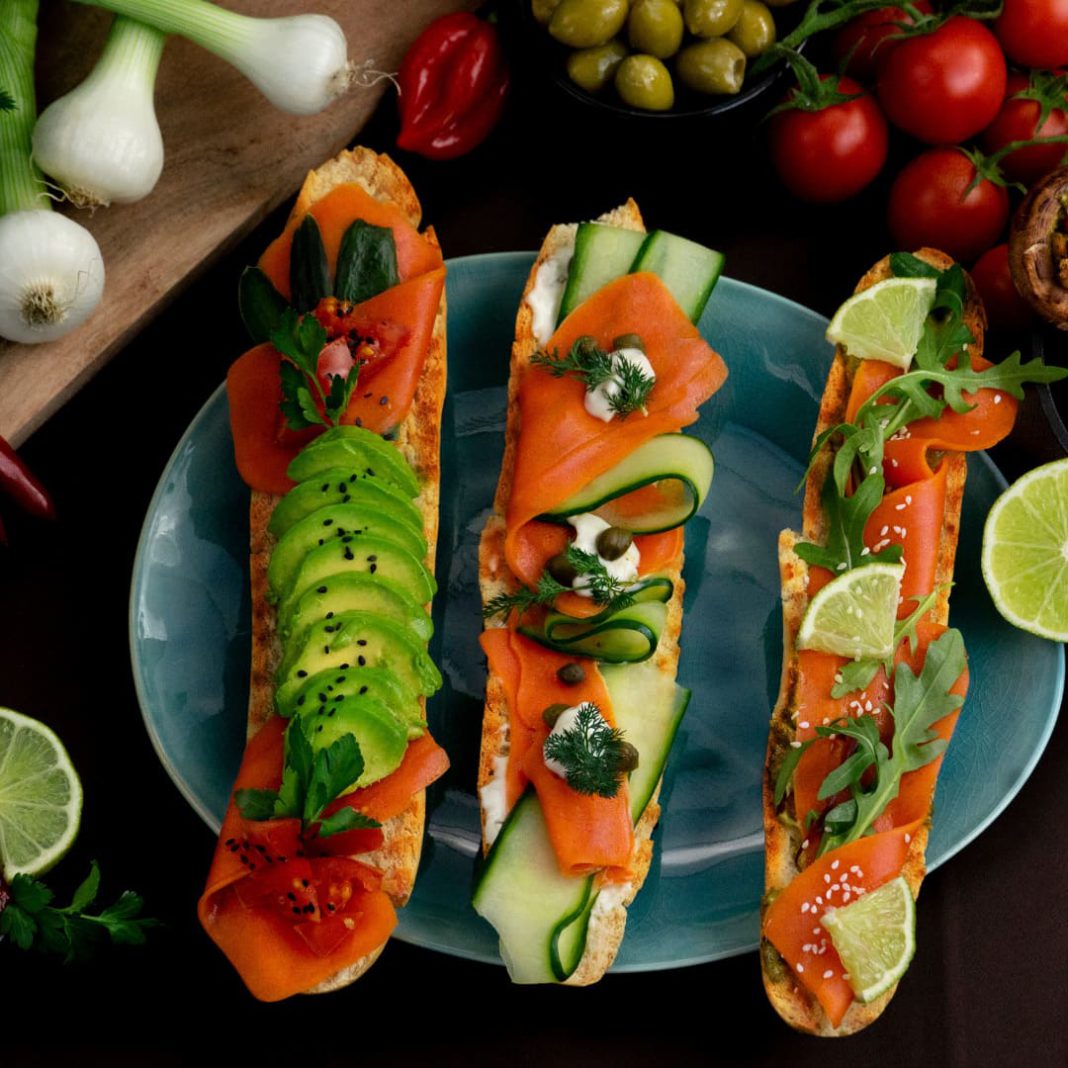 Revo Foods has already filed two patents on new technologies to produce plant-based fish products with their plant-based salmon fillets set to be available in stores from early 2023.

This latest innovation is a first of its kind and is considered a total game-changer for many plant-based followers. It is classed as a “whole cut” because the fillet resembles the structure and texture of a salmon fillet. It can be prepared in a similar manner; fried, baked, or steamed, just as you would with fish.

This “Generation 2.0” company sees its products as a step up from the first generation of plant-based alternatives. Defining structure and elevating the eating experience of the vegan food market as a whole.

And as Robin Simsa, Revo Food CEO commented: “It’s all about structure and creating the perfect bite.”

As we know, the fishing industry has created a massive problem that’s been growing for many years. Industrial fishing companies are destroying the marine ecosystem equaling a loss of the ocean’s natural biodiversity. Many people find this a concerning and deeply disturbing issue that needs immediate action. However, finding a sustainable and more environmentally conscious answer to eating fish can be found in products such as Revo Food’s plant-based salmon.

So what did some of the testers think?

Of the plant-based salmon fillet, one guest said: “The structure is almost “too perfect”, are you sure this is vegan?”

Thankfully, yes it is. The base of the fillet is made from various plant-protein sources, such as pea proteins. Alongside this are algae extracts and plant oils. The fillet has a high protein and omega-3 fatty acid content – similar, in fact, to wild-caught salmon.

Alongside the plant-based salmon fillet, Revo Foods already has its first product, a smoked salmon alternative, available in 16 European countries, including supermarkets in Austria and Germany. Recently, the startup received a grant of €2.2m from the Austrian Research Promotion Agency (FFG) to help further advance its 3D printing technology.

We can’t wait to see what comes next from Revo Foods!

Thankfully, there has been a lot of development in the plant-based fish movement. Only recently did we bring news of Better Nature being awarded £350k to support the development of its plant-based fish. And on top of that, NothingFishy, was this month acquired by The Mothership for an undisclosed seven figure sum.

We are seeing progress! It’s all very exciting.

Alice Soule
Alice Soule is a Writer and Editor, and graduated with a BA in Social Policy. She is passionate about veganism and animal rights but equally has a love of sports, reading, and drinking tea. Alice is a perpetual dreamer and recently finished writing her first novel. As yet to be published...because she's already dreaming up the next story...
Previous articleThe Best Vegan Handbags…According To Us
Next articleHugh Jackman’s Coffee Company Launches First Vegan Cafe, Laughing V, in New York