Since 2008, Rwanda has embarked and succeeded on a plastic-free journey, with a ban that includes strict fines and penalties for violation.

The earth is being choked by 8.3 billion tons of plastic waste, and this number is unfortunately on the rise. Around 153 million tonnes of plastic waste are dumped into the oceans every year and impacting nearly 700 ocean species. The plastic pandemic is no secret and its consequences are well known. As a result, measures have been taken to overcome this centuries-old crisis.

NGOs, marine biologists, and many businesses are doing their part to reduce this pollution. This also includes many governments actively trying to reduce single-use plastic products. Today, approximately 50 countries have taken steps to ban plastic usage. The European Union prohibits the use of many single-use plastics. Countries like Canada, Norway, Germany, and many more have implemented laws to tackle the plastic problem, with vows to eliminate all single-use plastics by the end of the decade.

Implementing these sorts of laws and policies on plastic can be more difficult for developing nations. Despite this, some developing nations, such as Rwanda, have managed to successfully implement policies that have changed the way plastic is used and disposed of.

Rwanda’s plastic ban came in 2008. The policy made the production, sale and usage of plastic bags and packaging illegal, with the exception of certain industries such as the medical industry and pharmaceuticals. Violations of this policy can lead to fines and even a jail sentence. One of the major reasons for this ban by the government was to reduce plastic waste and promote a cleaner country. The biggest issue that Rwanda was facing was the way in which plastics were disposed off. They were burned and littered, damaging the environment and dirtying the cities.

Ange Umwali, a citizen of Rwanda, recalls the local police strictly regulating the ban in 2008. She says if you were caught carrying a plastic bag in the marketplace, the police would “tear down and destroy” the plastic. She also noticed the change in packaging materials — shop owners had shifted from plastic to paper bags. Moreover, they started charging for packaging purposes, which was “unfair”, according to Umwali.

Despite the major hindrances and daily life disruptions, Rwandese people agreed to build a plastic-free nation. Umwali says the population usually strictly follows the country’s laws, and with their cooperation, the ban brought a visible change to the country. The streets were now “much cleaner.” 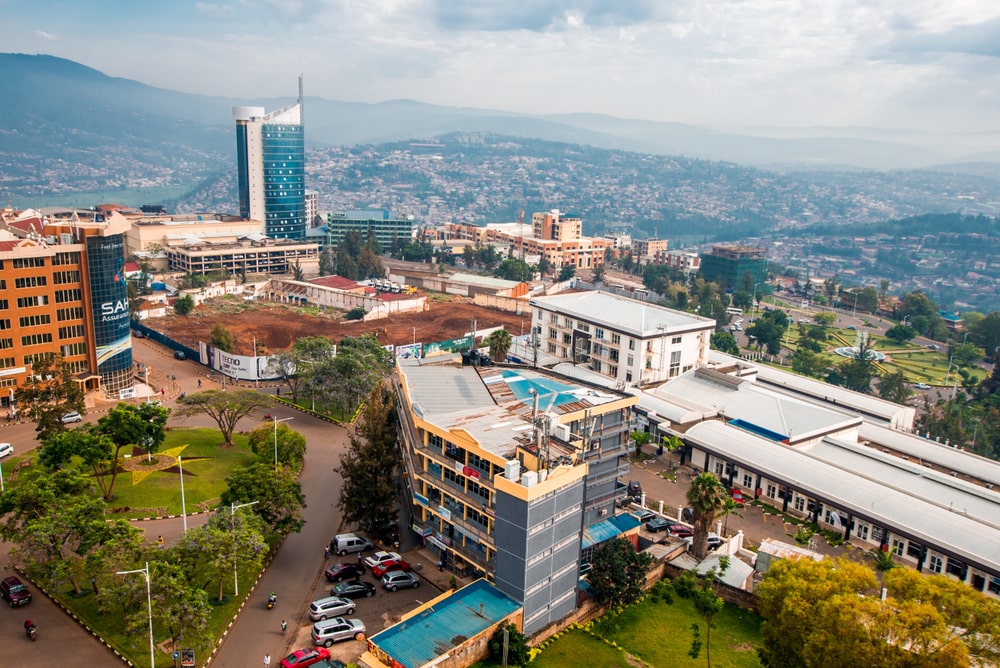 Rwanda has also ensured that the rules apply to all. The ban isn’t just limited to its citizens, but to anyone visiting the country. Visitors may be subjected to random baggage checks at the airport upon arrival. If the authorities find any plastic in your luggage, you are likely to be fined. It hasn’t just stopped there. In 2019, the government passed a stricter law banning all single-use plastics. This includes a stop to the manufacturing and selling of plastic bottles, straws, coffee cups, etc.

The African country has shown itself to be an excellent example for developing nations aiming to reduce plastic pollution. However impressive that may be, it is still unattainable for many developing nations. The plastic crisis has been especially cruel towards some of the poorer nations and communities. It is not uncommon for some of the richer, more developed nations to use poorer countries as their dumping grounds. The United States has “outsourced” some of its plastic recycling to poorer nations already struggling with the mismanagement of its own plastic waste.

The plastic ban in Rwanda has made a large difference, so much so that Kigali, the capital of Rwanda, is often thought of as the cleanest city in Africa. However, the ban may have done more than just keep the streets clean. Economically, cleaner streets mean that the government saves on hiring employees to clean the cities. In addition to this, the efforts made by Rwanda to ban plastics allow tourism efforts to advertise the country as a more eco-friendly destination compared to its neighbours. In fact, the country has seen a steady boost in tourism since 2008.

Banning plastics may also have inadvertently saved lives. In Ghana, plastic waste had clogged drain pipes, which led to floods that killed at least 150 people. Banning plastic waste in Rwanda reduces the chances of a similar disaster occurring as a result.

So it’s high time for countries to follow in Rwanda’s footsteps. At this moment, envisioning a plastic-free world can seem unrealistic. However, if governments implemented steps to stop the misuse of plastic, the earth’s prosperity will be an attainable dream. In the meantime, we all must come together and do our parts. Let’s not just stop after sharing a picture of a turtle with a straw stuck in it. Let’s move past that. It all begins with small steps like carrying your own bag to the stores, avoiding straws and saying no to single-use plastic.

Sunayana Samantaray
Previous articlePlant-based business pioneer Loui Blake: ‘Everything I do now, I’d do for free’
Next articleThe father-daughter duo behind the creativity of the’artyvegan