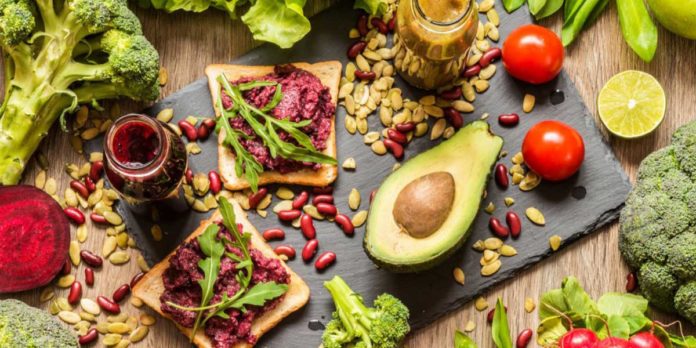 COVID-19 has hit the food and restaurant industry hard. Despite the downturn, it has been reported that sales of vegan meals are experiencing a steady increase.

With the stay at home orders and restrictions, many enterprises and restaurants are struggling to keep their businesses afloat.

While the restaurant side of the industry may be on the verge of collapse, it is the polar opposite for supermarkets and other food items sold in local grocery stores

One sector that is particularly thriving due to the virus outbreak is plant-based food products.

It has been shown that the demand for vegan options hasn’t suffered as much from the pandemic as much as other categories.

An estimated one billion people worldwide do not eat meat and have removed animal products from their diets and in countries like Germany, the sales of vegetarian and vegan products have increased by 65.3% since 2017.

Numerous celebrities such as Nick Cannon have invested in opening vegan restaurants while influencers like Tabitha Brown have found new fame teaching others how to make vegan dishes.

According to a poll conducted by Veganz, 95% of participants cited animal welfare as a factor in why they went without animal products while 83.9% also listed environmental reasons as a factor in opting for vegan products.

Vegan brands have seen a significant increase in sales and product gains especially since the start of the pandemic.

Beyond Meat have increased their sales by 82% since the beginning of the year.

According to forecasts and new data collected, the sales of vegan meat products worldwide will reach roughly $120 billion within five years. By 2040 that number could rise to $450 billion.

“Manufacturers of vegan products are also increasingly popular on the trading floor,” says analyst Raphael Lulay in a press statement. “Not least due to the food’s reception among consumers. In particular, progress in the field of in-vitro meat production could give an already strong growth trend a further boost.”

Food expert Fabrice Vriens, brand manager for Bareburger Restaurant in the UAE,  confirmed that more diners are opting for plant-based meat than ever.

“The COVID-19 crisis is pretty much associated with the consumption of animal meat and has created ‘virus-phobia’, who revealed that more diners are opting for plant meat than ever.

“We believe that is the main reason that consumers are increasing their plant-based food consumption. We have seen a rise in the share of Beyond Meat and vegan offerings in our total sales.”